I debated whether or not to upload another update now instead of waiting for DC & NY to wrap things up, but figured what the hell.

I still expect the final national QHP selection tally to increase by around 35,000 more when the dust settles, including perhaps 1,000 more from DC, 5K - 10K more from New York and around 28,000 from Vermont (which hasn't reported anything so far this Open Enrollment Period). If so, the official total should end up around 11.47 million nationally, with the 12 State-Based exchanges coming in around 1.6% higher than last year (an all-time high for them collectively) vs. the 39 states on the federal exchange, which dropped another 3.8% this year. Nationally, the official total should end up around 280,000 enrollees short of last year. 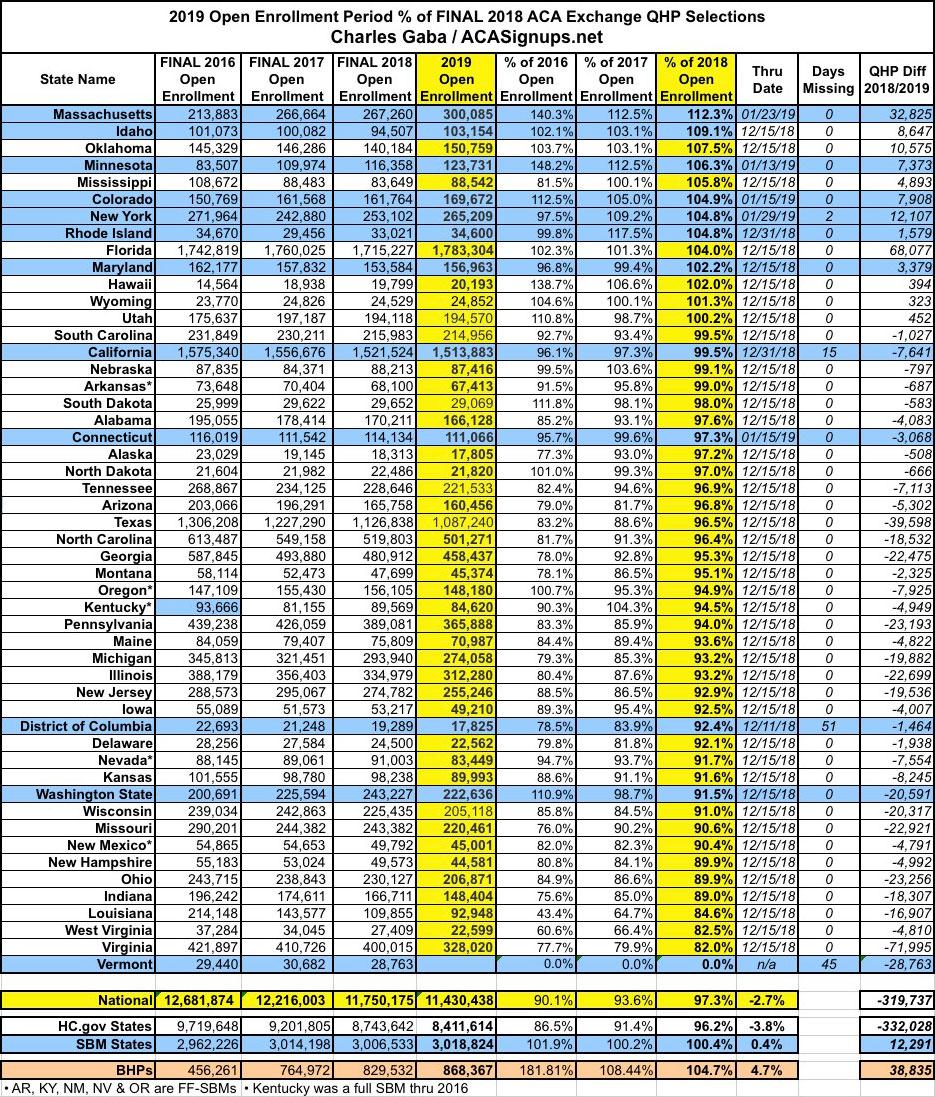 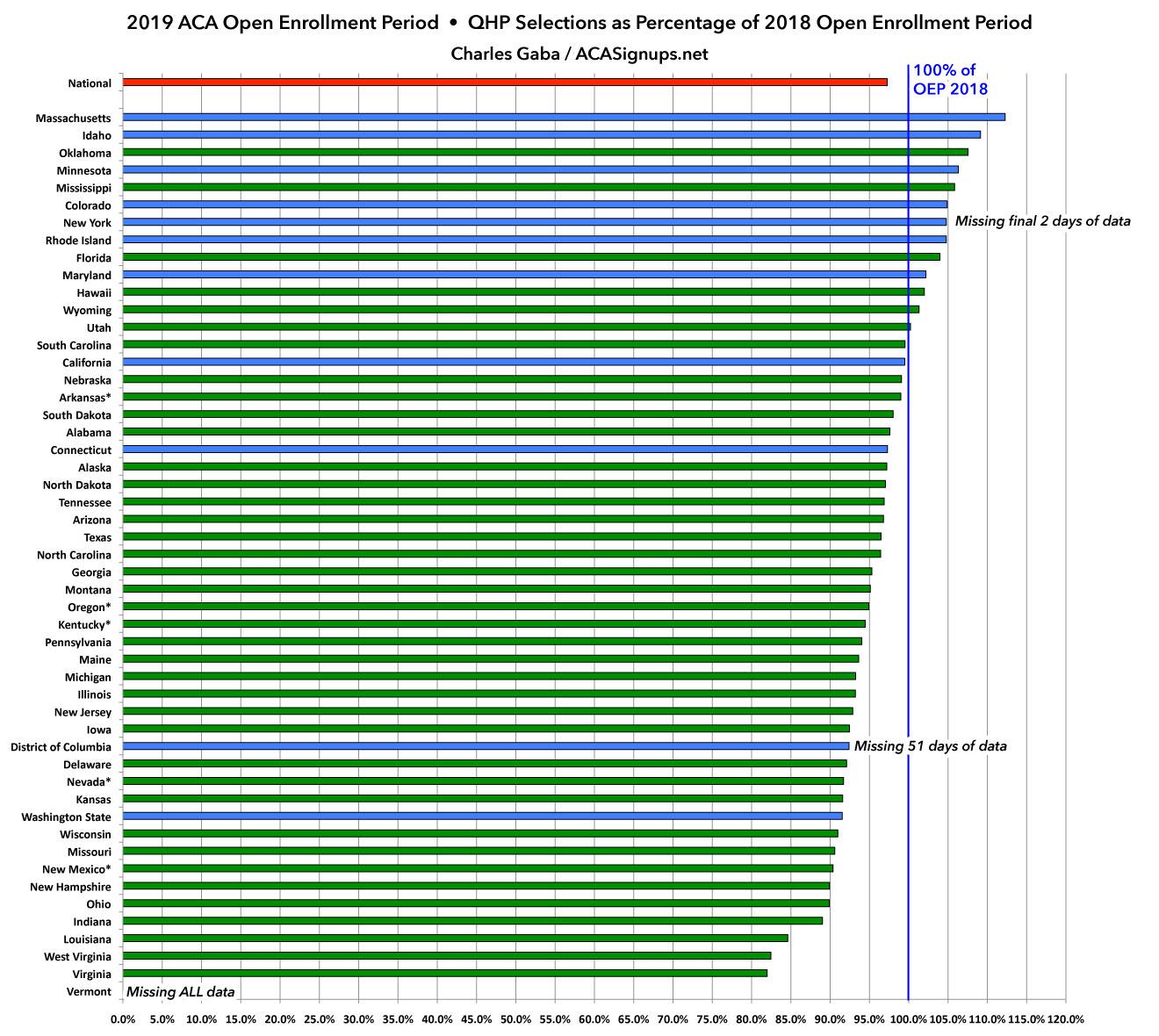