UPDATE: HC.gov vs. the State-Based Exchanges: The Definitive Comparison

It's been pretty obvious for the past two years that the states which fully control their own ACA exchanges (including their own marketing and outreach budgets and their own exchange website platform) seem to be outperforming the states hosted by the federal exchange, HealthCare.Gov, in terms of open enrollment numbers year after year.

However, this can be a bit tricky to compare because some of the states have shifted back and forth...four states which ran their own platform for the first one to three years (Hawaii, Kentucky, Nevada and Oregon) moved home to the mothership in later years, while one state (Idaho) did the reverse--they stuck with HC.gov for 2014 but then broke off onto their own platform after that.

The table below lists the official QHP selection total for every state (+DC) for each year from 2014 - 2019. For the current year, the numbers are incomplete. I expect roughly 75,000 enrollees to be "purged" from the 39 federal exchange states due to last-minute cancellations or denials due to residency verification issues or other similar issues...but I also expect roughly 290,000 more enrollees to be added to the 12 state-based exchange states since some data is missing completely (Idaho & Vermont) while enrollment is still ongoing in 8 others. I therefore expect the 2019 grand total to be around 11.38 million nationally when the dust settles at the end of January.

For the subtotals at the bottom, in order to have a fair apples-to-apples comparison, I'm counting all 39 current HC.gov states as being part of the federal exchange in each year and all 12 current SBE states as being part of the state-based exchange in each year. This is the only way I could think of to do a reasonable visual comparison (scroll down).

I've highlighted in blue the states which have run their own exchanges each year.

UPDATE 1/03/19: I've revised both the table and graph to include final enrollment data from the 39 HealthCare.Gov states as well as updated enrollment data from Massachusetts, Rhode Island and especially Idaho. HC.gov states did drop in the end but not by as much as I expected (around 43,000 instead of 75,000). 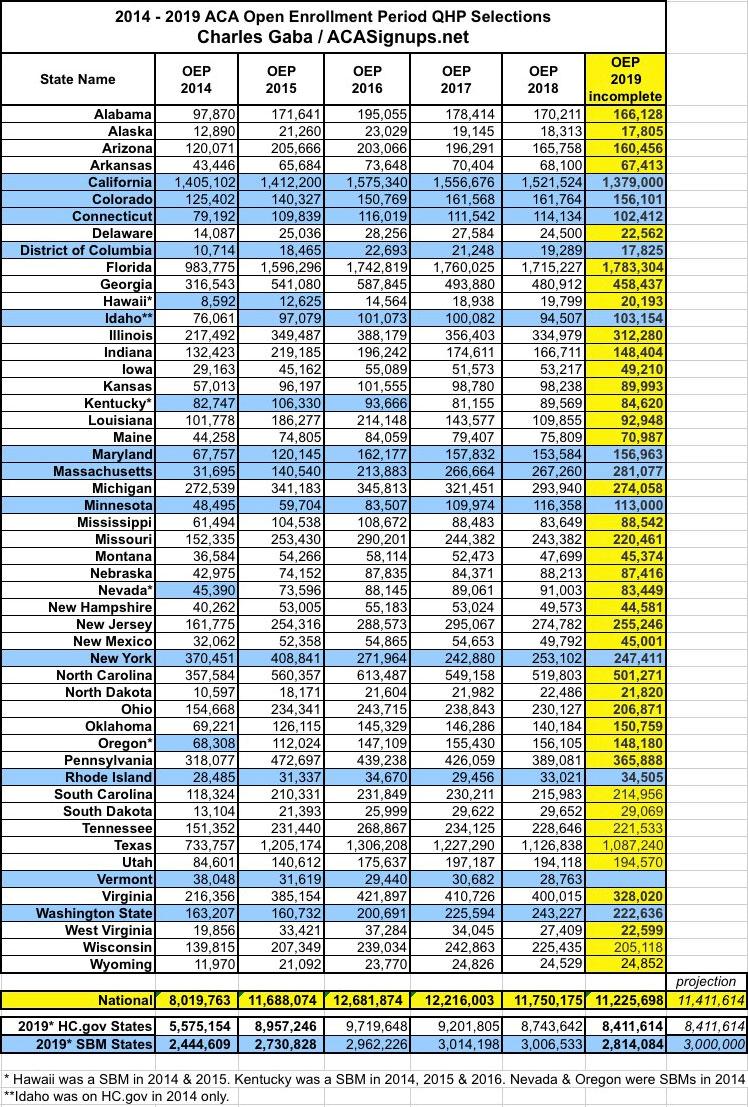 With that in mind, the bar chart below shows how dramatic the gap between the HC.gov and SBE states has become over the years. Both peaked in OEP 2016, but since then, the SBE states have collectively held almost perfectly steady, while the HC.gov states have dropped significantly for three years running. The 2019 bars display the current totals for each, but I'm also showing where I expect the final 2019 numbers to come in at for the state-based exchanges: 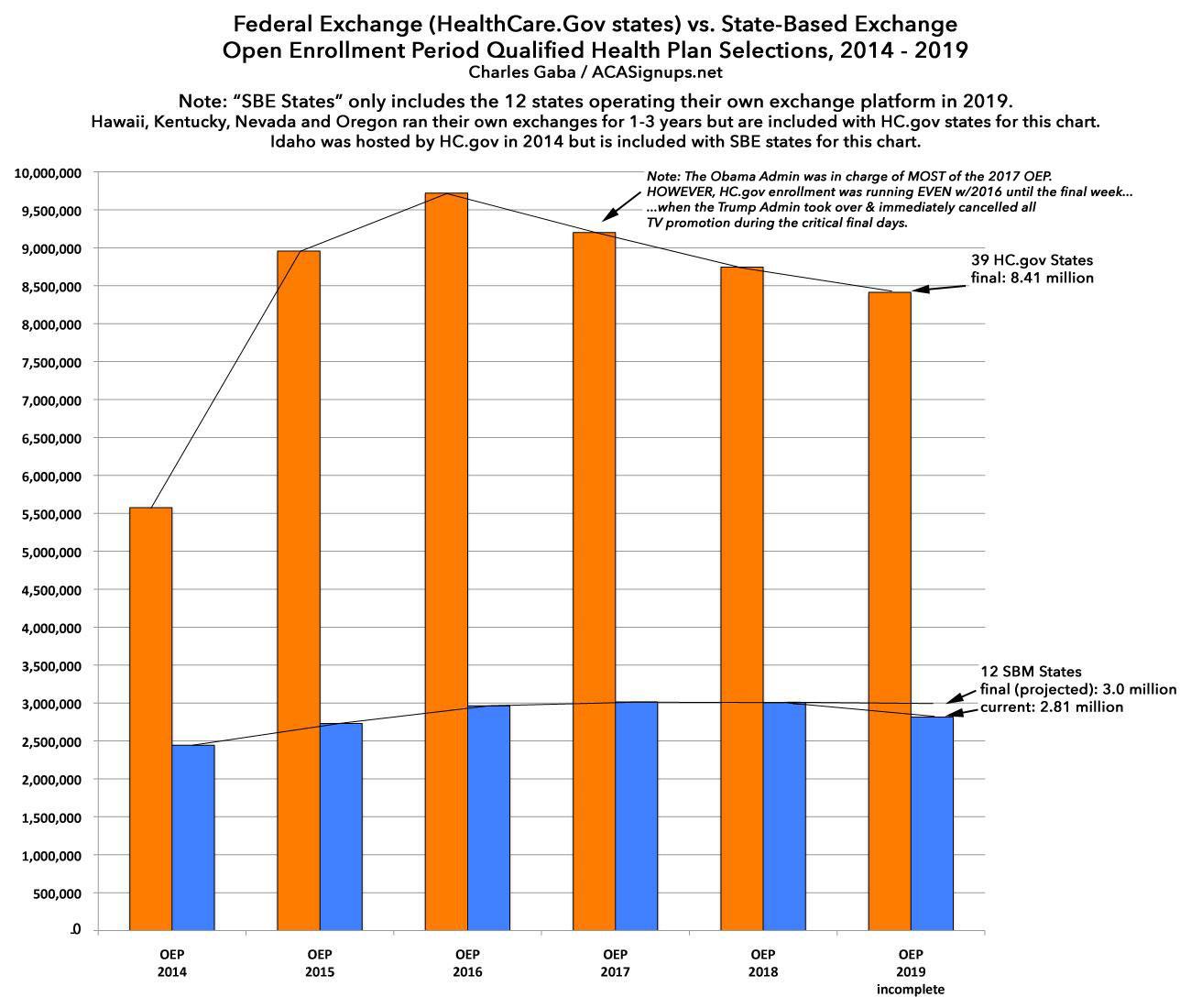