We're over 1/3 of the way through the 2019 Open Enrollment Period in most states, so I figured this would be a good time to check in and see where things stand.

For the most part things are pretty close to where I estimated they'd be--HealthCare.Gov is running about 13% behind last year as of the same point, but Colorado is running 13% ahead; Minnesota and Washington State are both around 5-6% ahead; and Connecticut is running dead even. I still don't have any data from California, which holds around 13% of all ACA enrollees nationally, nor do I have data from any of the other 7 state-based exchanges (DC, ID, MD, MA, NY, RI or VT).

The data is also somewhat skewed because Washington State has decided to start front-loading their auto-renewals (and then subtract from the number later on as some enrollees actively cancel their renewals), so it's difficult to know for sure, but on the whole it looks like enrollments are tracking lower than last year but a bit higher than my own projections.

HealthCare.Gov should release their Week 3 Snapshot report on Wednesday (which will run through 11/17); it should also finally start breaking the numbers out by state, based on the pattern in years past. I'm also hoping California will release some numbers soon, though they have a tendency to only publish new enrollment data, not renewals until the end of Open Enrollment. 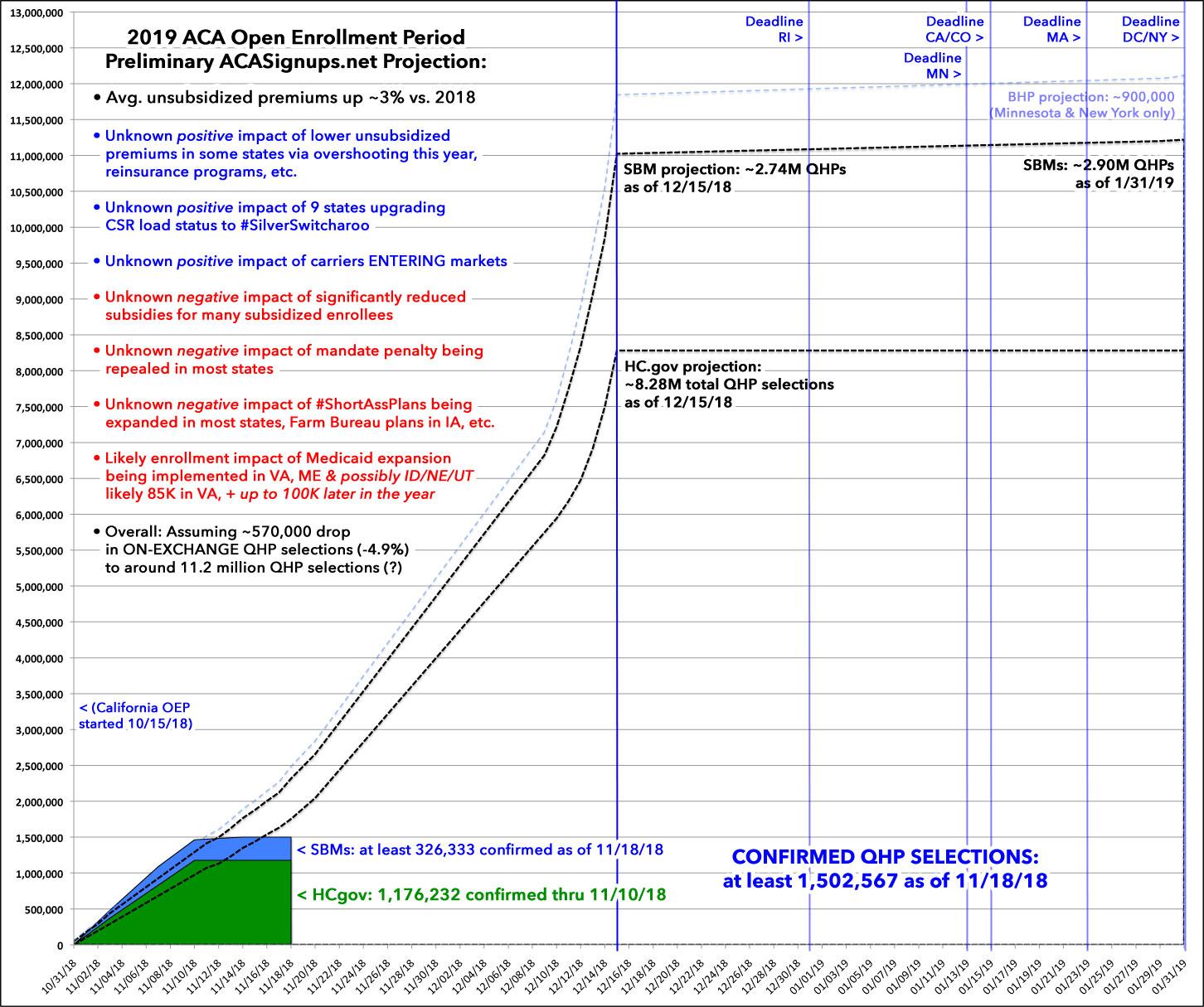