“That is the number one and most promising tool to use,” said Secretary of Health and Human Resources Dan Carey, who will convene the Virginia Market Stability Group on Monday for the first of five meetings before reporting to the governor and legislative budget committees by Nov. 1.

Five states — Oregon, Minnesota, Wisconsin, Maine and Alaska — have already received federal approval of so-called innovation waivers under Section 1332 of the Social Security Act to expand access to health insurance coverage that is affordable and comprehensive. Two other states have plans pending approval.

...Re-insurance is the most attractive option to state insurance regulators who, based on the experience of other states, estimate its potential to reduce insurance premiums by up to 15 percent for people in the federally run marketplace or the commercial market.

Reinsurance is one of the most important items in my own wish list of state-level measures to Protect, Repair and Expand the Affordable Care Act.

As for how to fund the reinsurance program, I strongly recommend following New Jersey's lead: Also reinstate the individual mandate at the state level. This would help in two ways: First, it would lower premiums by a good 10% or so all by itself; second, it would generate revenue which could then be used to help fund the reinsurance program itself.

The Northam administration expects insurance premiums to be lower after Virginia expands its Medicaid program on Jan. 1 because an estimated 89,000 Virginians who receive federal subsidies for insurance on the marketplace will become eligible for coverage under Medicaid.

Medicaid expansion in other states has reduced insurance premiums by 6 to 10 percent, Carey said. Preliminary rates insurers filed last month for next year’s policies are 1.5 to 5 percent lower because of the expectation of expanded Medicaid coverage.

Virginia's preliminary rate requests averaged about 13.4% higher back in mid-May...about two weeks before the Medicaid expansion bill was passed and signed into law.

Since then, however, the carriers have resubmitted revised 2019 rate filings...and for the most part have reduced their requests. Since the Medicaid expansion bill being signed is the only significant change since their initial requests, I'm going to assume that's the cause of the 2.2 percentage point reduction overall.

On the other hand, CareFirst has actually increased their 2019 rate hike request even more, as has Kaiser (slightly), so I could be wrong: 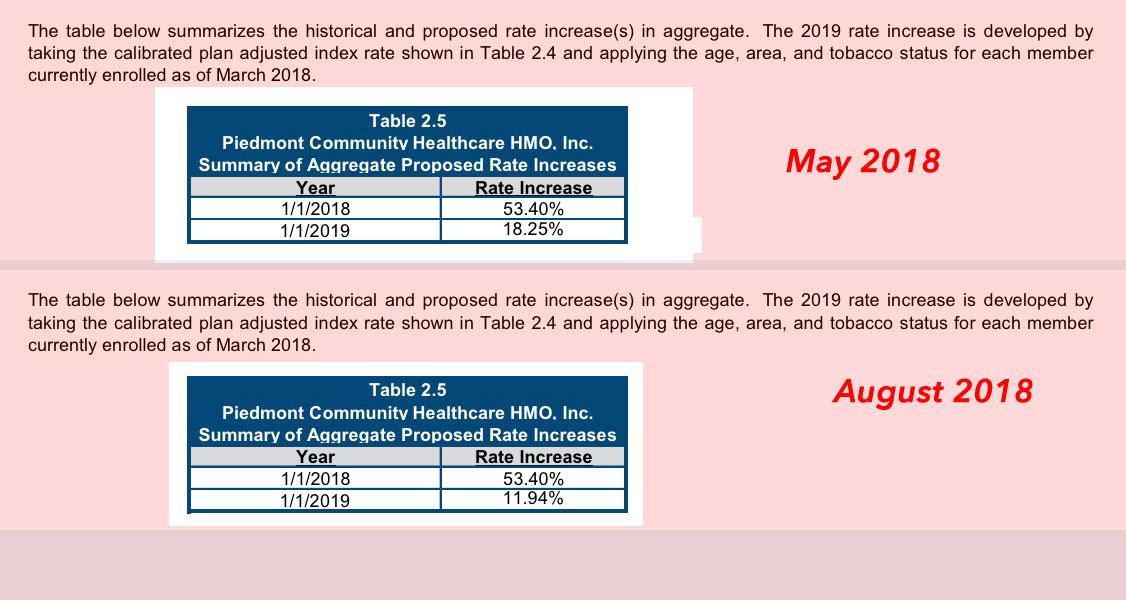 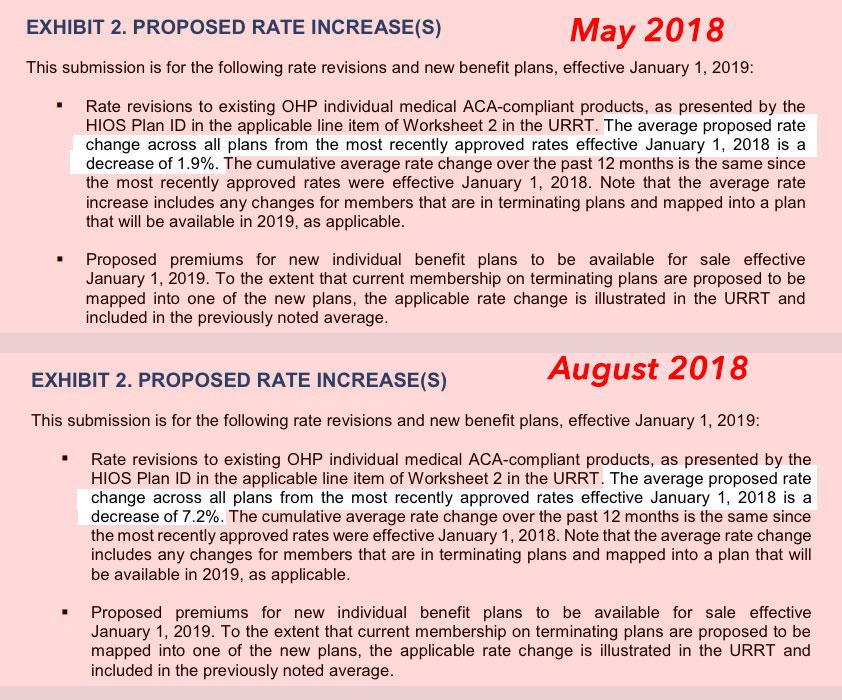 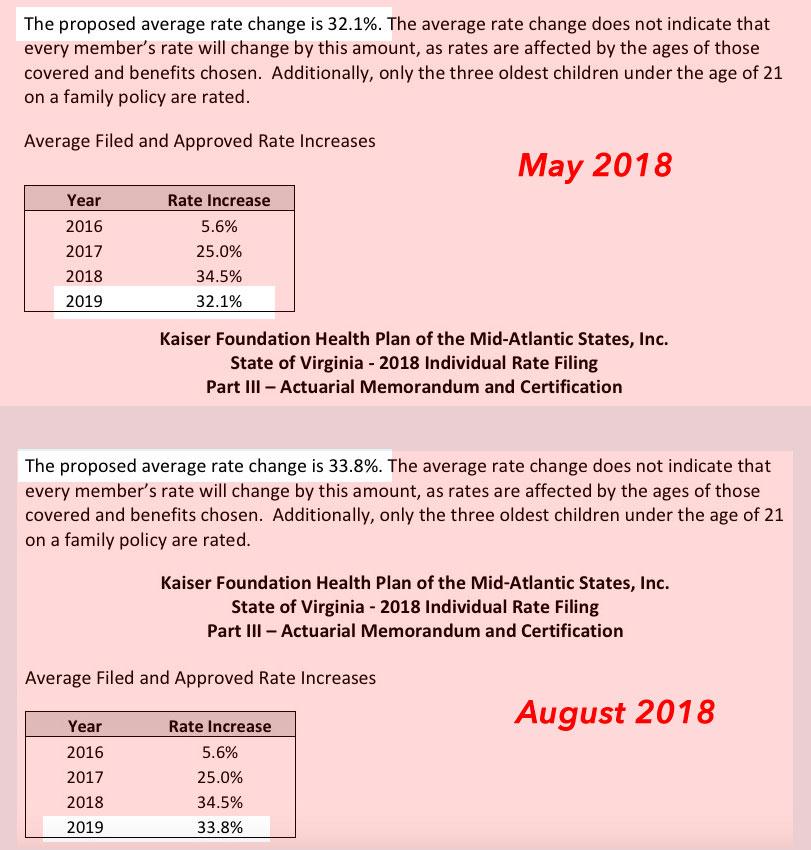 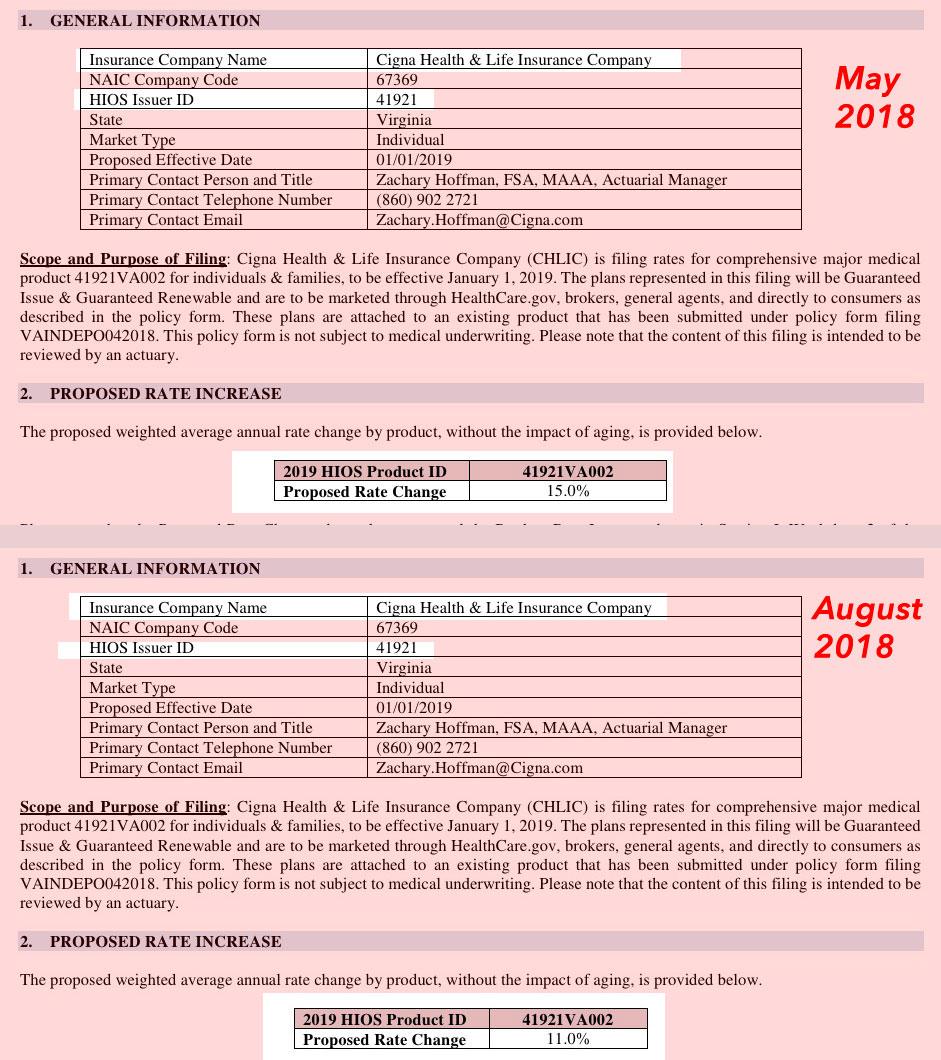 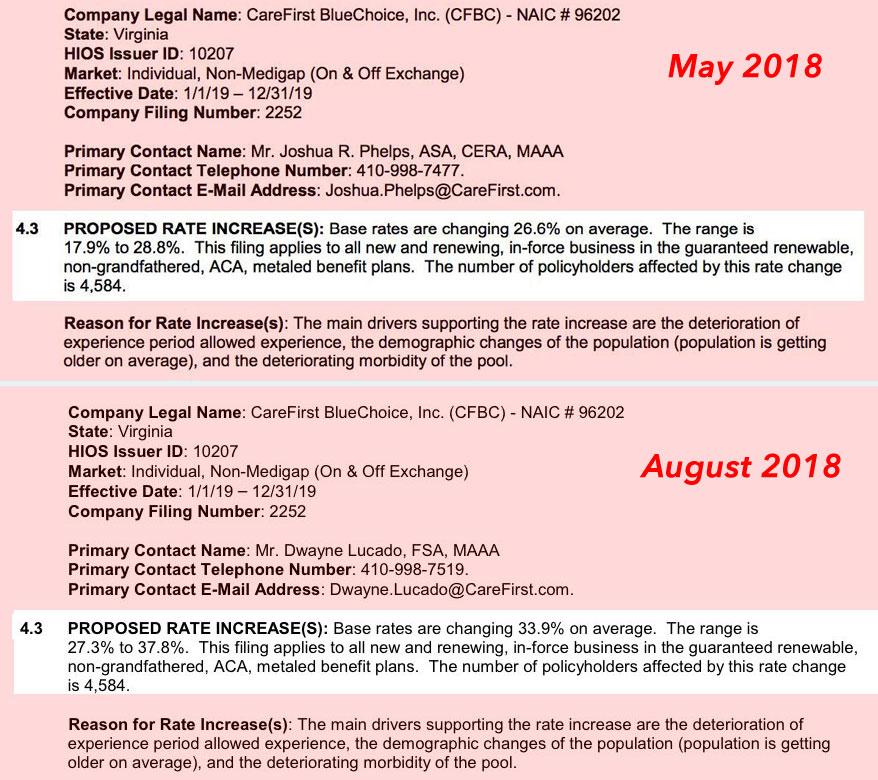 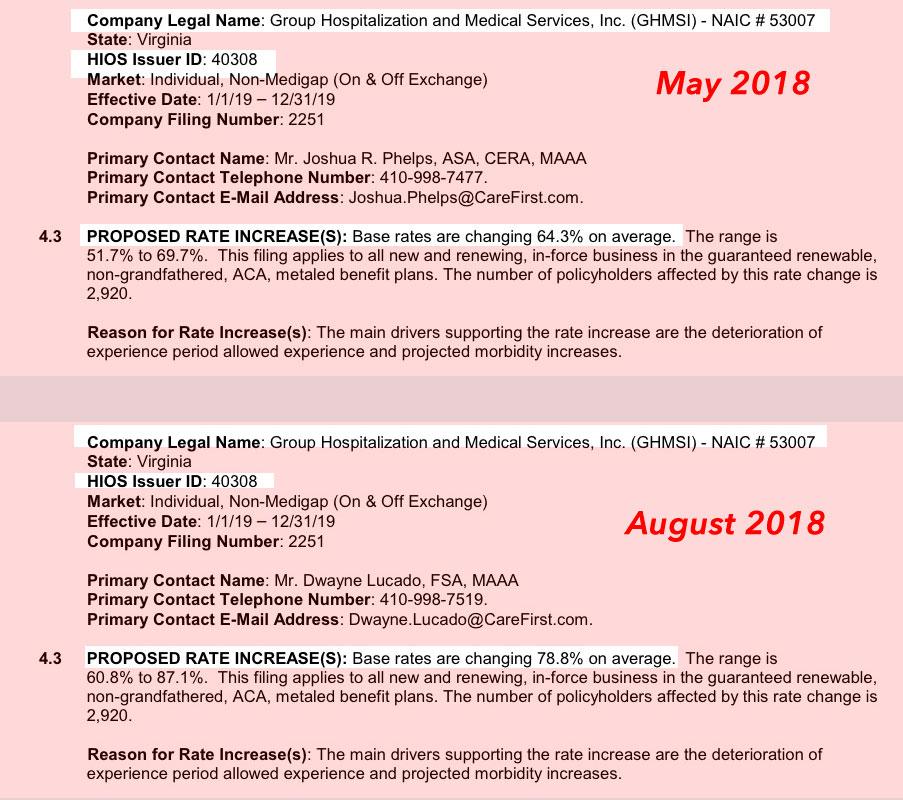 The bottom line is that Virginia's overall rate increases are now averaging around 11.3% instead of the 13.5% they were previously looking at: 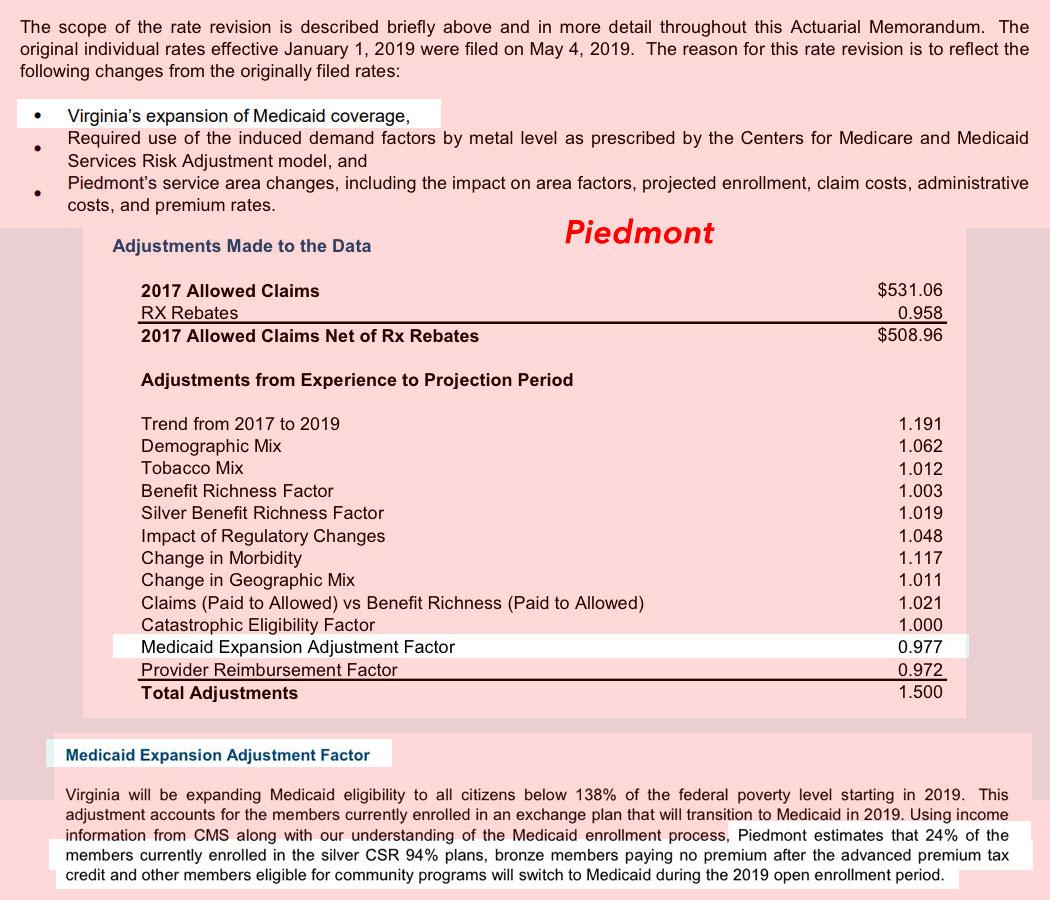