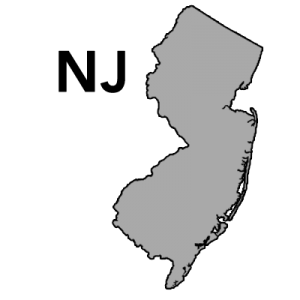 Last week I noted that the New Jersey state legislature, along with new Governor Phil Murphy, has moved quickly to pass and sign into law a number of critical ACA protection bills, to:

Well, until today, there was some lingering doubt about the first two bills (which are connected...the reinsurance program would be partly funded by the revenue from the state-level mandate penalty), as Gov. Murphy was reportedly kind of iffy about signing them. As I understand it, he's been supportive of both ideas but is concerned about the potential budget hit in case the mandate penalty revenue doesn't raise enough to cover its share of the reinsurance program.

The good news is that I guess he dismissed those concerns, because as of a couple of hours ago, this happened:

TRENTON – Today, Governor Phil Murphy announced that he has signed the following bills into law:

Over at Politico, Katie Jennings has some more details:

Gov. Phil Murphy on Wednesday signed into law a bill that will require all New Jersey residents to have health coverage or pay a penalty, making the state the second in the country to adopt an individual health insurance mandate.

(I'm guessing a lot of people have completely forgotten that Massachusetts never actually repealed their own pre-ACA mandate penalty, although it's presumably been mothballed for the past 5 years or so...)

New Jersey’s mandate is scheduled to take effect Jan. 1, 2019, which gives state officials seven months to get the word out to residents about the new requirement.

That's an important detail. Vermont's state legislature also restored the mandate penalty, but I believe theirs wouldn't take effect until 2020, making it meaningless for the 2019 enrollment period.

The 275,000 figure only includes on-exchange enrollment as of the end of January. I estimate that number has likely dropped to around 230K as of today, but there's also likely another 100,000 or so enrolled in off-exchange ACA-compliant policies as of today, for a total of around 330,000 total at the moment.

But there's also a second, potentially even more important part of this one-two bill signing punch: The reinsurance bill:

...The state expects to collect between $90 million and $100 million in penalties. That money would fund a reinsurance program, which Murphy also signed into law on Wednesday. The cost estimate is based on $93.9 million the Internal Revenue Service collected from the more than 188,500 New Jersey residents who paid the penalty under the federal mandate.

The reinsurance legislation, NJ S1878 (18R), will establish a program to help insurers cover the cost of the most expensive Obamacare patients.

The state is counting on the federal government to cover around half the cost of the program, which Vitale estimates could cost $275 million.

States can apply for what's known as a 1332 waiver to reallocate federal funds that otherwise would have gone toward Obamacare subsidies. Reinsurance efforts are underway in several states, including Minnesota, Alaska and Oregon, whose 1332 waivers were approved by the Trump administration last year.

The reinsurance program is supposed to reduce the average premium increase by 10 percent to 20 percent.

As it happens, last year's ACA sabotage efforts by the Trump Administration (primarily the cut-off of Cost Sharing Reductions) just happened to be directly responsible for unsubsidized individual ACA-compliant premiums to increase by around 11% or so in New Jersey. The new reinsurance program, if it works as designed, should completely wipe that out and possibly then some.

In other words, New Jersey has now effectively cancelled out:

In addition, the executive order from Gov. Murphy which I wrote about last week should also partly cancel out a lot of the smaller sabotage efforts (marketing/outreach budget cuts, etc.)

...which just happen to make up a good 90% or so of Trump/GOP sabotage of the ACA over the past year and a half.

That really leaves only one significant sabotage move to counter: The shortened Open Enrollment Period...and the only way for New Jersey to deal with that would be to establish their own full ACA exchange and technical platform...(hint, hint...)

In the meantime, the 3-Legged Stool has been restored...to at least its original, still somewhat-flawed status, anyway...from this... 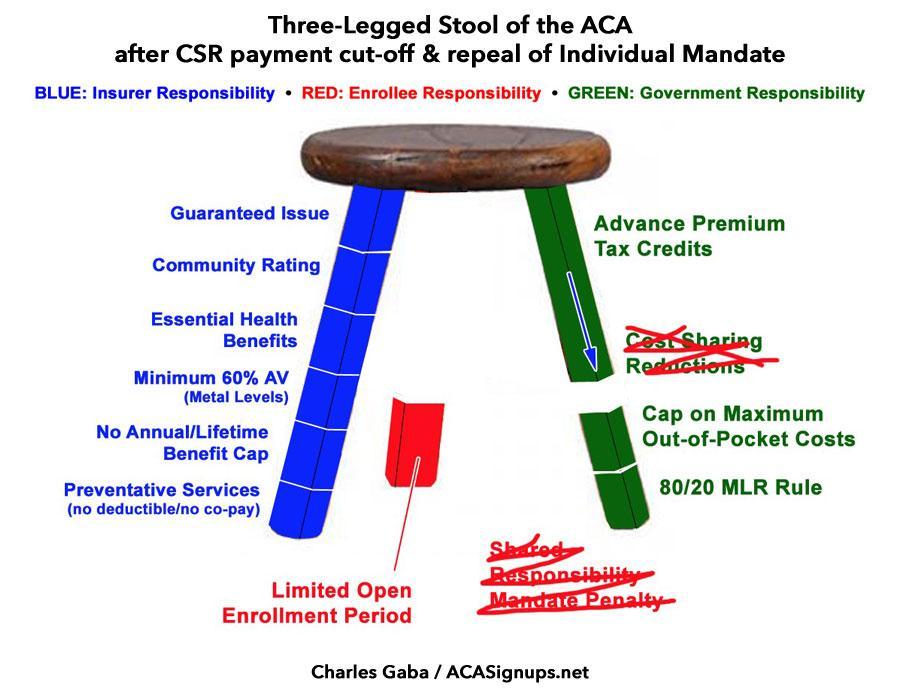 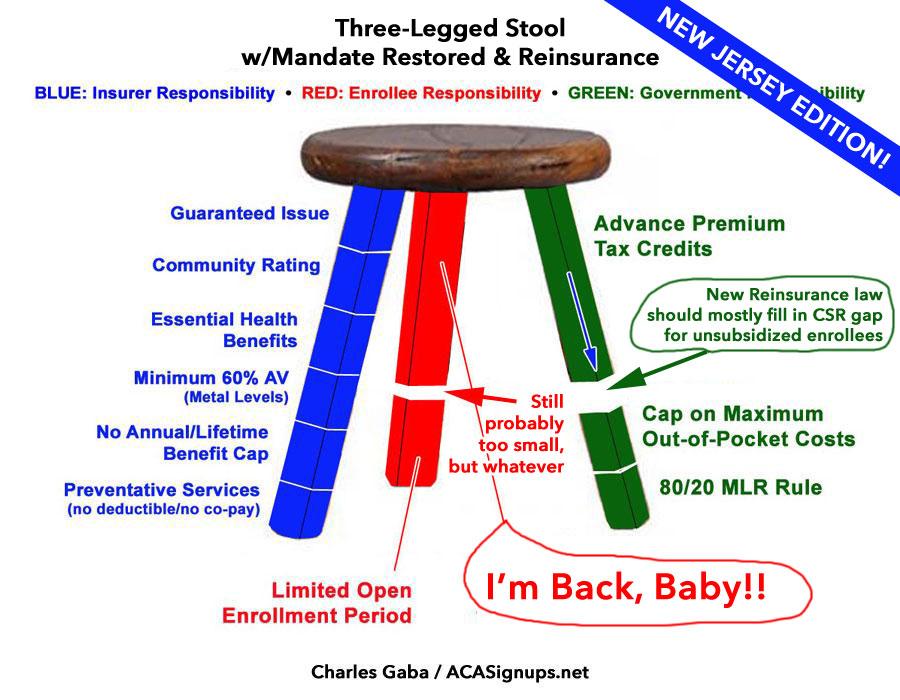 As Katherine Hempstead of the Robert Wood Johnson Foundation put it:

“With these new protections, it’s hard to imagine a state that will be better prepared to weather the significant obstacles that this market will face nationally in 2019," she said.