Assuming these are fairly close to the mark, Arizona carriers are requesting a statewide average rate drop of 5.3%.

The Urban Institute projected that mandate repeal & shortassplan expansion are responsible for a stunning 20.6% premium increase. Knocking 1/3 off of that gives me 13.7%; if accurate, that means without those factors, unsubsidized Arizona enrollees would be looking at around a 19% price drop. 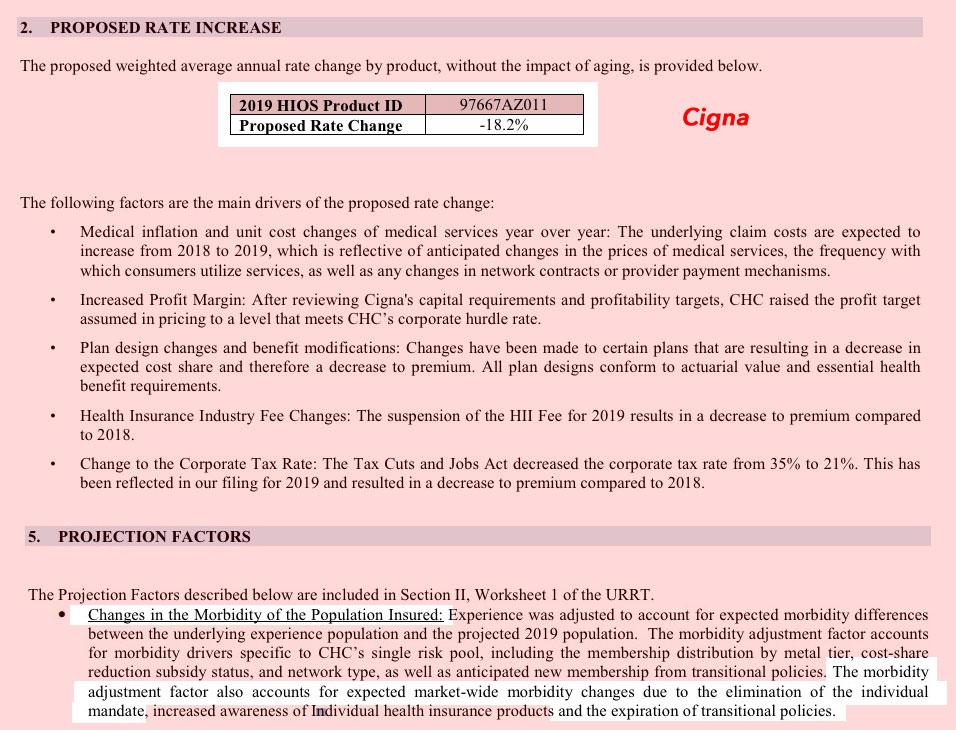 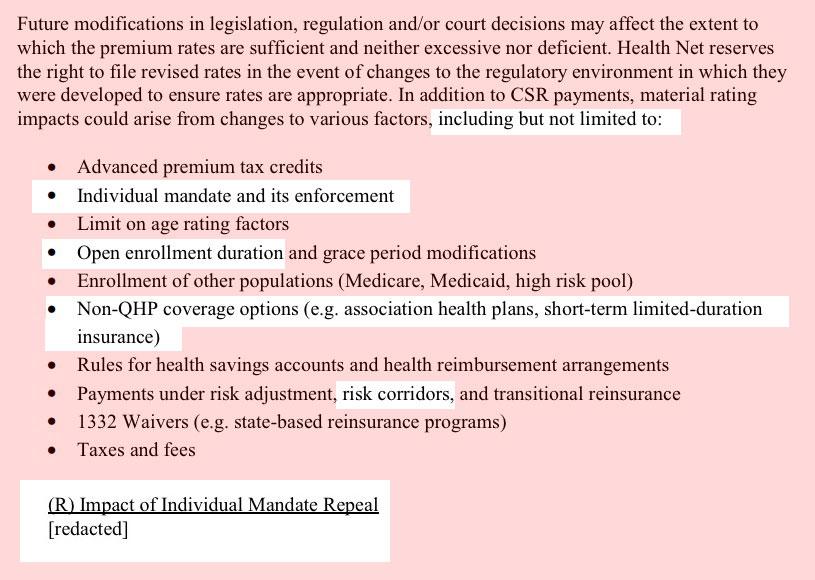