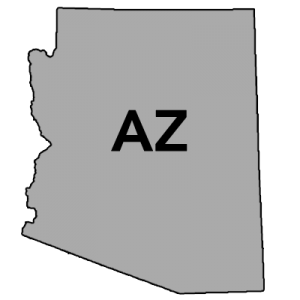 To the best of my knowledge, there are only 2 insurance carriers offering ACA-compliant insurance policies in Arizona next year: Blue Cross Blue Shield of AZ and Centene (branded as HealthNet).

Back in early August, BCBSAZ announced that they were asking for a relatively modest 7.2% rate increase next year in the 13 counties (out of 15 total) where they were offering individual plans. They also explicitly stated that if it weren't for their concerns over whether or not the Trump Administration would guarantee reimbursing their CSR expenses, they'd be keeping the 2018 rates flat year over year. Granted, this is after a massive rate increase for 2017, but it was still welcome news, and once again underscored how much damage the Trump sabotage factor is.

At the time I didn't know what Centene/HealthNet was asking for (they're the sole carrier in the 2 remaining AZ counties), but thought that BCBS had the lion's share of the market anyway so assumed that Centene's request probably wouldn't move the needle much. Since then, however, I've managed to fill in a few more missing pieces, and also am fairly certain that the approved 2018 rates are now locked in for Arizona:

...Health Net offers individual policies in the state's two largest counties that cover about two-thirds of the 140,000 people with marketplace policies statewide. Blue Cross insures in the other 13 counties.

The only seller of individual health insurance policies under the Affordable Care Act in 13 rural Arizona counties said Tuesday that it won't raise premiums next year after all.

A Blue Cross Blue Shield of Arizona executive said the company will instead decrease rates by about 1 percent across all its individual plans in 2018. That's a change from an average 7.2 percent increase initially proposed in July.

Jeff Stelnik, the insurer's senior vice president of strategy, sales and marketing, told The Associated Press the change came because of improved profitability on current plans and an assumption that the federal government will continue funding a program reducing some customer costs.

...Blue Cross sells individual marketplace plans in all but Maricopa and Pima County covering about 45,000 people. It also covers about 55,000 individuals with non-ACA plans that have different rates and timelines for premium increases.

...Centene Corp. offers Health Net plan in those two counties and proposed a 5 percent increase in June. Its final pricing remains unclear, and a company official did not immediately respond to requests for its final rates. About 95,000 people buy marketplace plans with Health Net.

The Kaiser Family Foundation estimates that CSRs would add around 8-9 points to Arizona policies if spread across all metal levels on & off exchange, which is exactly what BCBS AZ said (an 8.2 point difference), so if I apply that to Centene/HealthNet I get the following:

Both carriers are pricing assuming CSR payments will be made next year, but as always, I'm also including what their rates would be if CSRs don't come through.