Ladies and gentlemen, take my advice: Pull down your pants and slide on the ice.

It's not over yet, since the House of Representatives still has to vote on the bill again (either as is, or after hashing out the differences between the House and Senate versions of the bill), but assuming the final version of the bill includes mandate repeal and is indeed signed into law, this is what the ACA's 3-legged stool would look like when the dust settles.

Obviously I'll have much more to say about what happened last night soon, but for the moment I'll leave it at this. 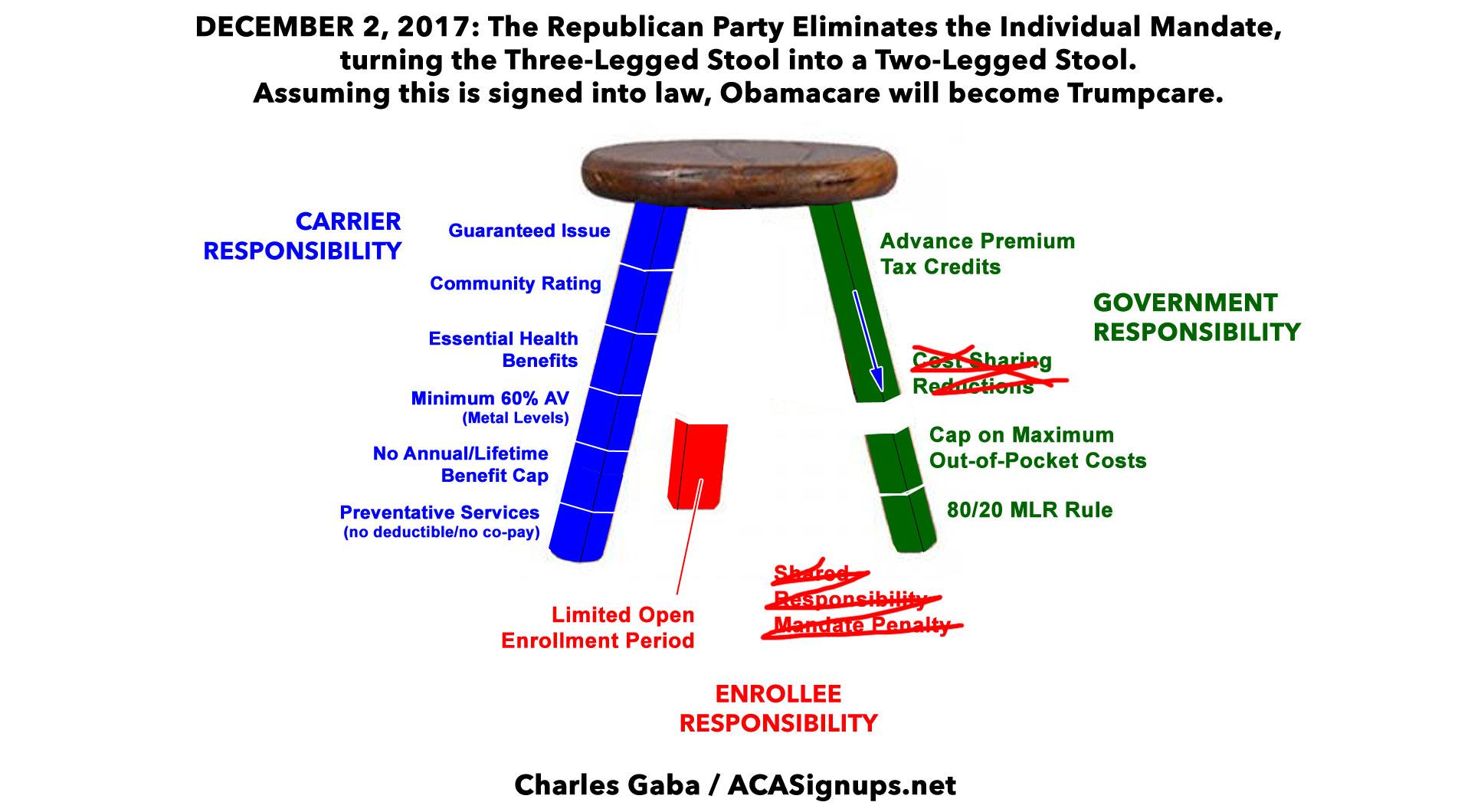