The states filings are piling up quickly...Arkansas is pretty straightforward. Interestingly, four of the five carriers seem to be assuming that CSR payments will be made, and have submitted their rate filings accordingly; the fifth (and largest), USAble Mutual (aka Blue Cross Blue Shield of AR) is the only one to break it out specifically. In order to estimate the CSR factor for the other 4 carriers, I'm assuming 2/3 of Kaiser's 15% Silver plan bump estimate, or around 10 percentage points. That brings things in at around 10% even without CSR sabotage or nearly 18% with the CSR factor.

One other important thing to keep in mind regarding Arkansas: Their total individual market, including grandfathered and transitional plans, is something like 430,000 but they only have around 70,000 officially enrolled in ACA exchange policies. The main reason for this is that they have another 320,000 people enrolled in exchange policies via their "Private Medicaid Option"...which is Arkansas' version of ACA Medicaid expansion. For some reason, those folks aren't counted as ACA exchange enrollees even though it's my understanding that the only distinction between them and the 70K official enrollees is where the payments/subsidies come from. 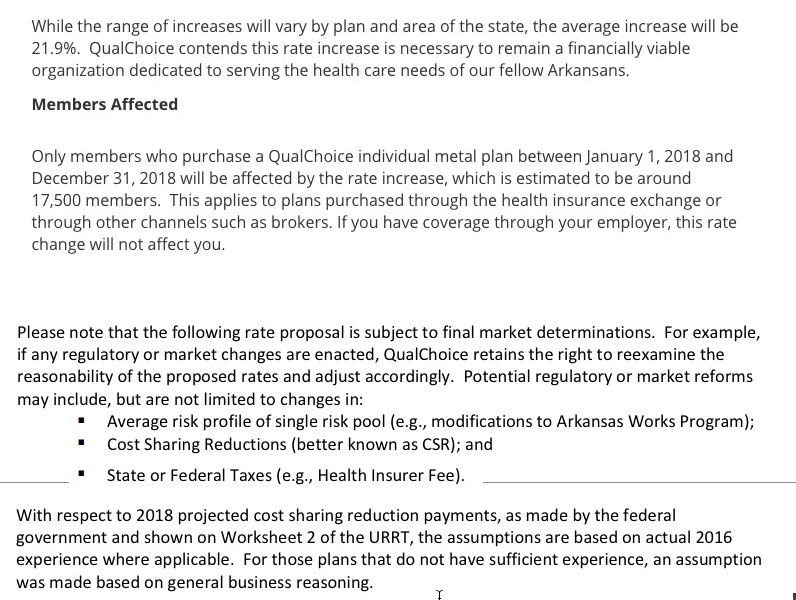 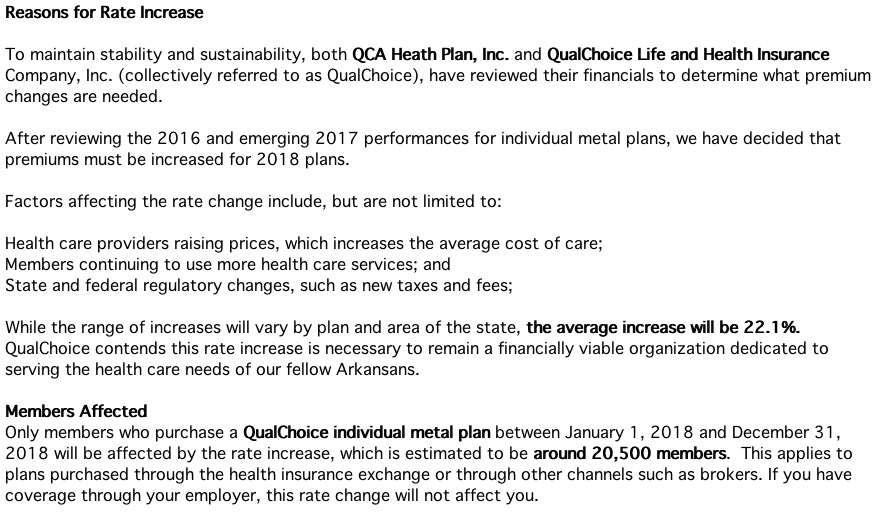 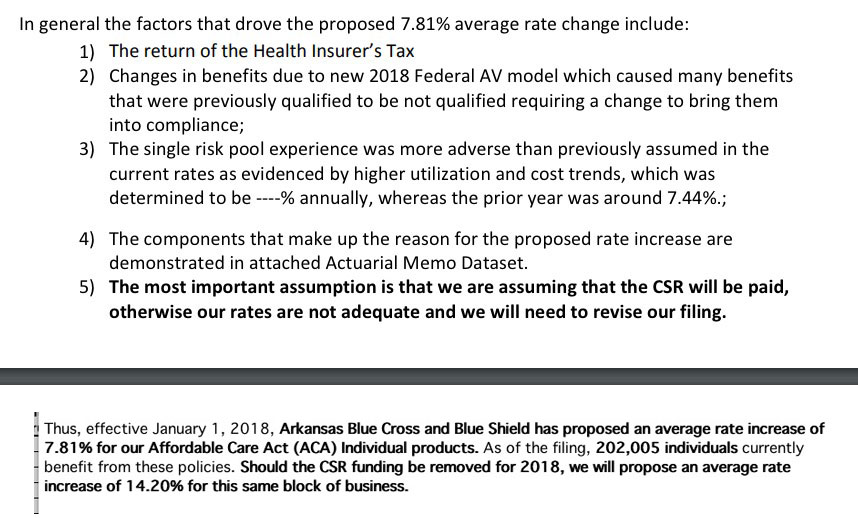 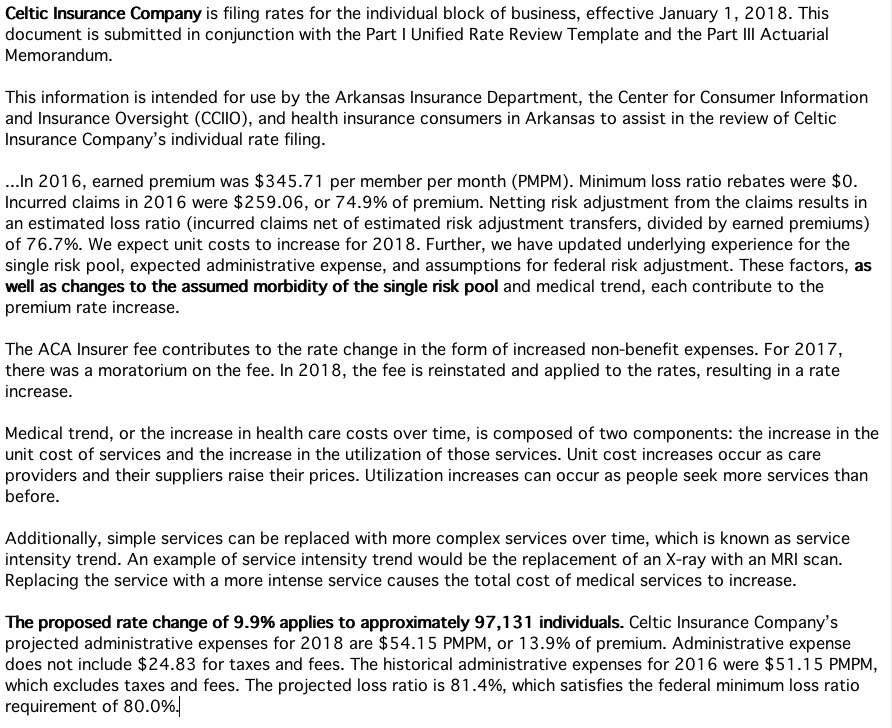