(sigh) OK, after doing this for Michigan earlier today, I said that I wasn't gonna do this for every state, and I'm not...but the irony is that the 19 non-expansion states are actually easier to compile this data for than the expansion states...because you can't rip away healthcare from someone you never provided it to in the first place. Anyway, someone requested that I do a county-level estimate of how many people would likely lose their healthcare coverage in Texas under a full repeal of the Affordable Care Act, so here it is.

I explained most of my methodology on the Michigan analysis. For Texas it's even easier, because 1) they never expanded Medicaid to begin with, and 2) unfortunately, I've had to lower my Open Enrollment projections for the Longhorn state. I was originally expecting Texas to hit 1.425 million QHP selections by the end of January, but instead it looks like they're likely going to have flat enrollment year over year (around 1.325 million). I then lopped off 10% for non-payments, 14% of that for enrollees who will be paying full price anyway, and shrank what remained by another 10% to account for those who will only be receiving nominal APTC assistance.

That should result in roughly 898,000 people who would lose their coverage under a full repeal.

Note: The light yellow cells on the left are estimates for counties which had nominal enrollment...HHS doesn't break them out when the numbers are below a certain threshold to help protect the privacy of enrollees.

UPDATE: I've reformatted and simplified the table to make it a bit easier to view/share: 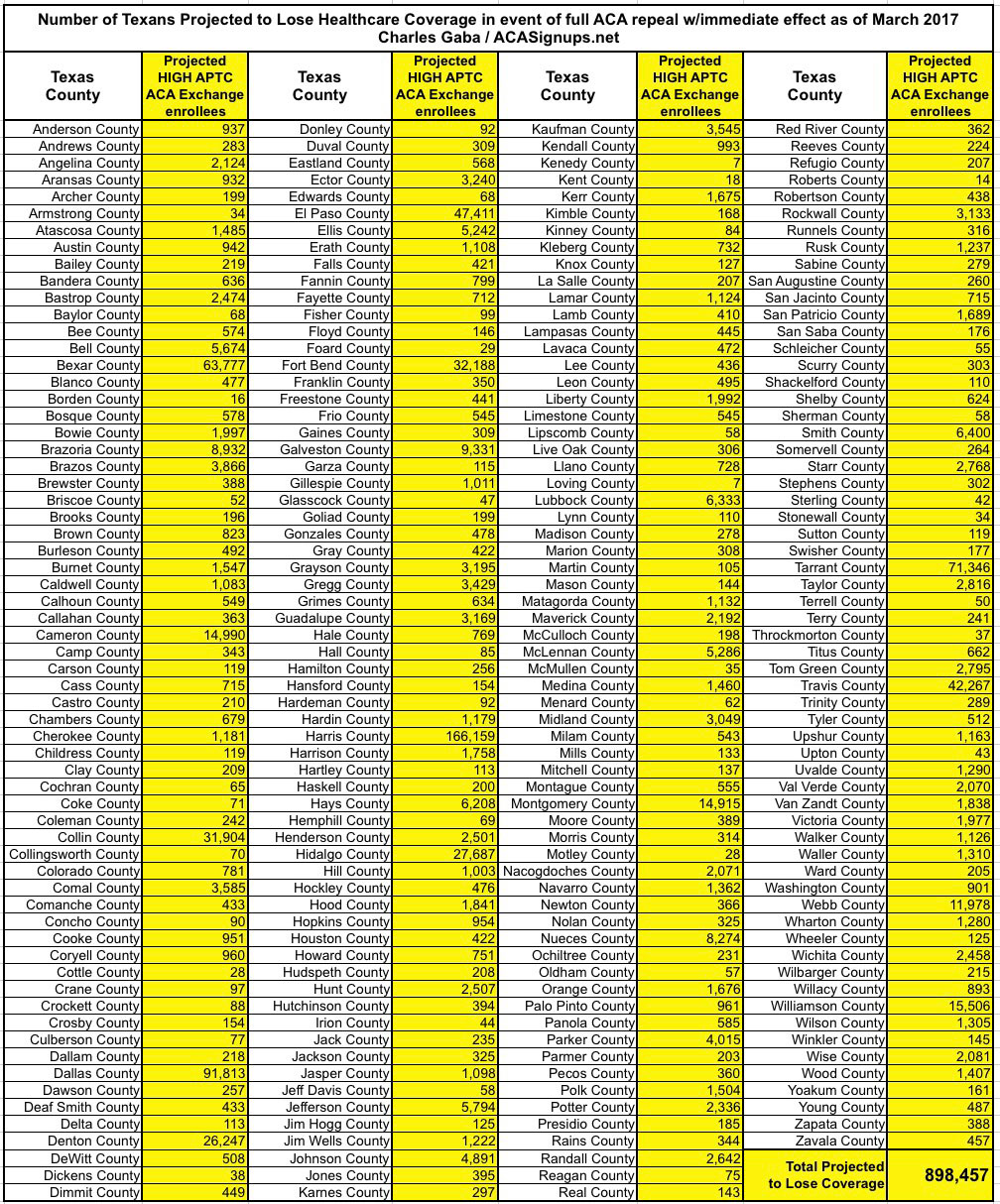