THE GRAPH IS BACK, BABY!!

OK, now that both HHS and I agree that the ACA exchange target for the 2017 Open Enrollment Period is around 13.8 million QHP selections, it's time to dust off The Graph and reset it for 2017.

It was fairly easy to do so this time because this is the first year that the starting and ending dates match (November 1st to January 31st). All I really had to do was bump up the 1/31/17 projection from 12.7 million to 13.8 million, and the rest of the projection line adjusted accordingly.

With that in mind, here's how I expect things to play out for Year 4 (click below for a higher-res version): 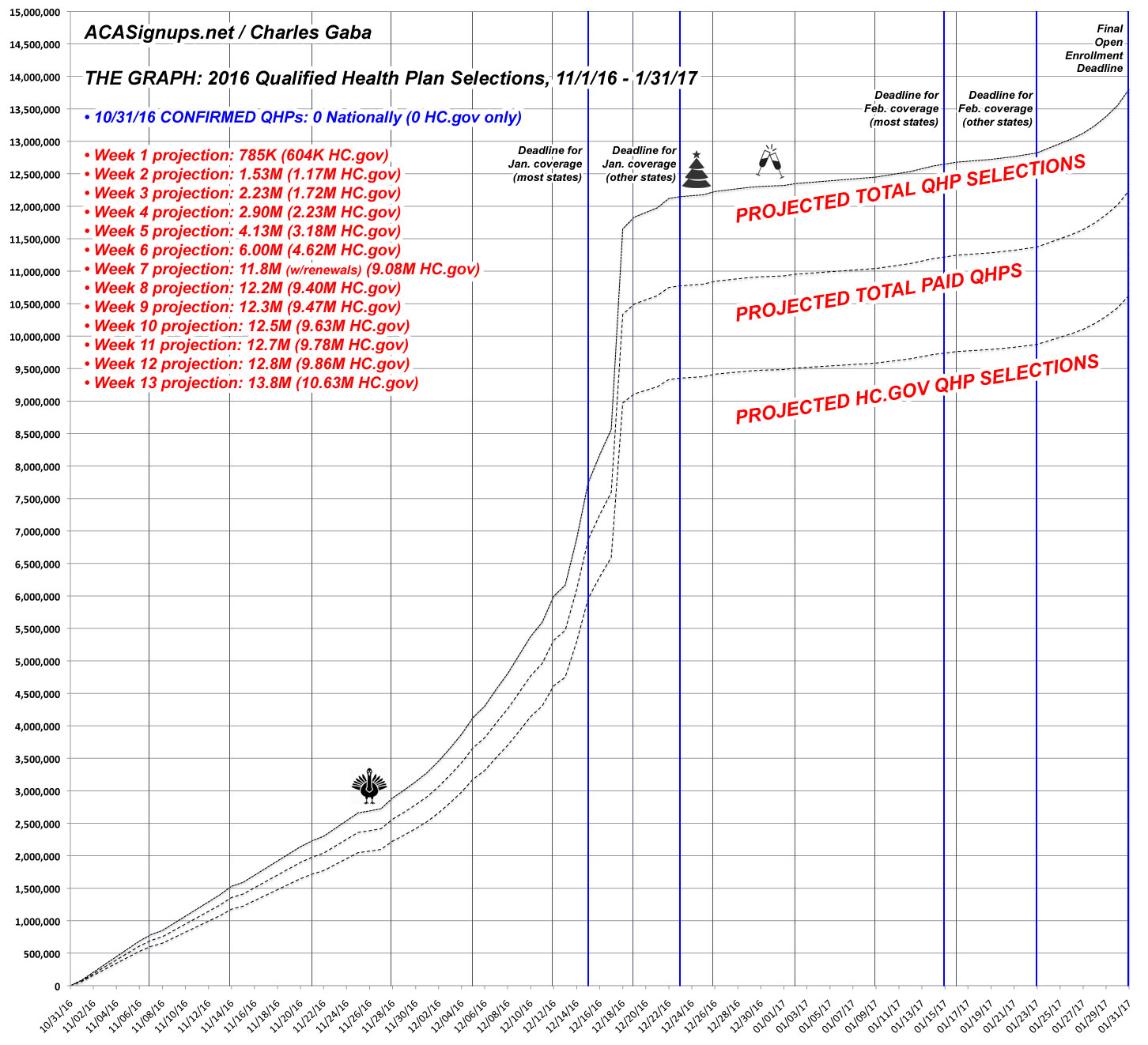 Some important notes to keep in mind:

Now, it's important to note that even if Week 1 doesn't hit 600K, that doesn't necessarily mean that the final tally won't hit 13.8 million. Things could pick up more than expected a week or two later, or the number of autorenewals could be higher than projected, or any number of other variables. However, assuming 2017 plays out similarly to the previous 2 years, the pattern above is how I would expect things to play out this year.