I'm not going to go into a whole lot of detail here, but I will post the updated spreadsheet tables for all five of these states. Combined, they actually bump the national average closer to 26% (mainly due to Texas's 34.1% average), but bear in mind that the requested average rate hikes for four of the still-missing five states came in well below 20%:

I checked to see what would happen if all 5 states have these requests approved of exactly as is...and sure enough, this bumps the national average back down just below the 25% threshold, so there you go. 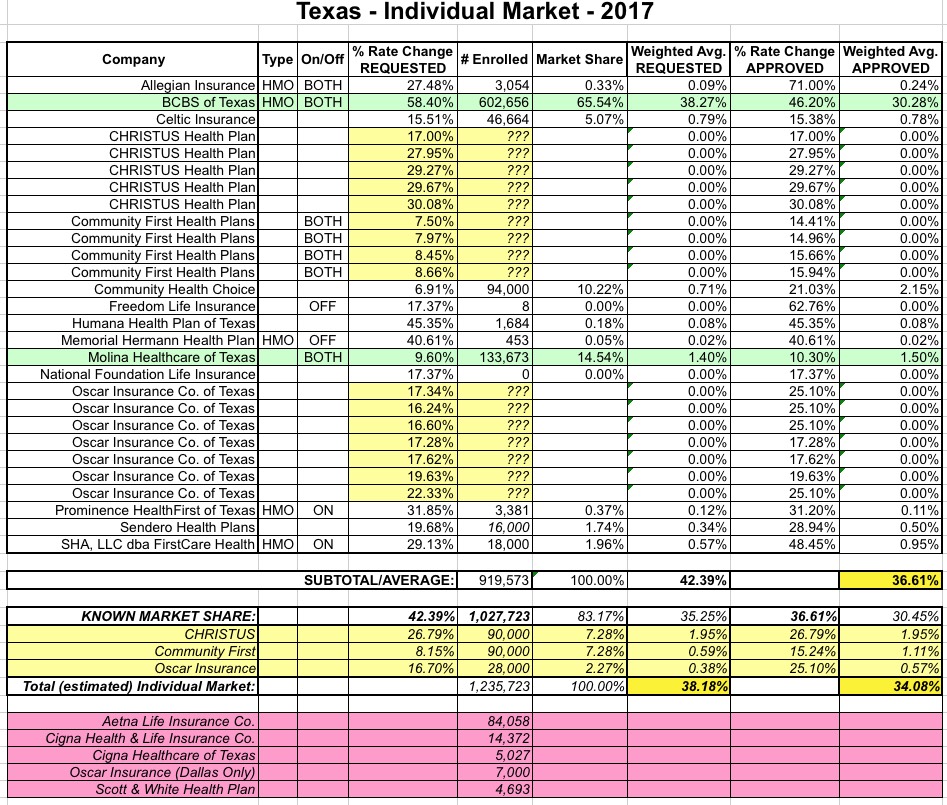