Most of the other carrier data is taken straight from their 2017 filings. The major exception is the big one: BCBSTN, which holds a commanding 68.91% of Tennessee's exchange-based enrollment, is asking for a whopping 62% average rate hike next year (ouch). Unfortunately, their filing (see below) doesn't list the number of covered lives who'd be impacted by this increase, but another part of the filing does state that they're assuming that roughly 67% of impacted members will be exchange-based. Using the same estimates as above, that means BCBS has about 161,000 exchange-based enrollees...and if that's 2/3 of their total, that means around 241,000 total.

UPDATE: Thanks to "joe" in the comments for pointing out that the number of current enrollees is included in the various filing forms, under "consumer narrative". As it turns out, I was pretty clsoe after all...the actual number is exactly 222,829.

Put 'em together and...ugh. 56%. Assuming the rate requests are approved at levels close to what has been requested, unsubsidized Tennessee residents are looking at pretty ugly rate hikes next year. As always, we'll see how the regulators respond. 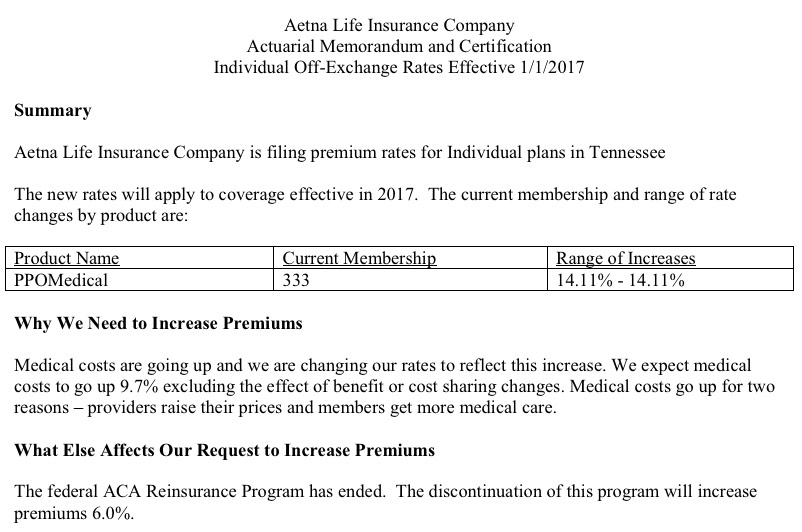 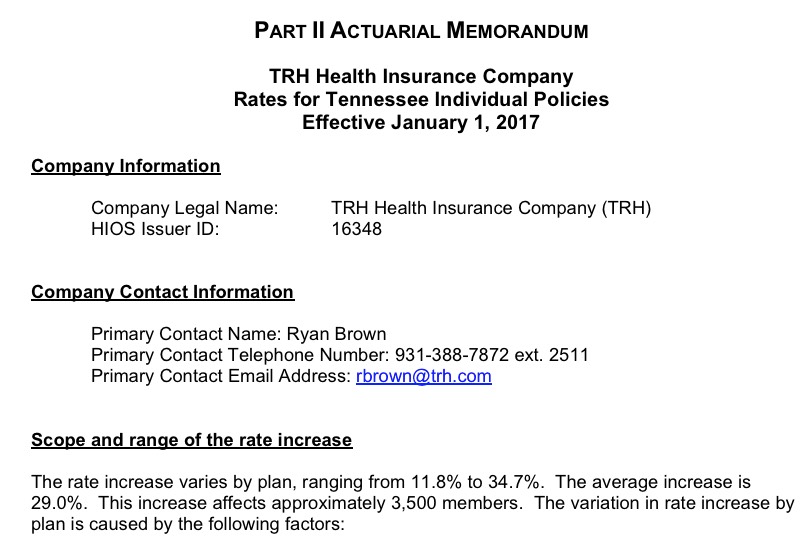 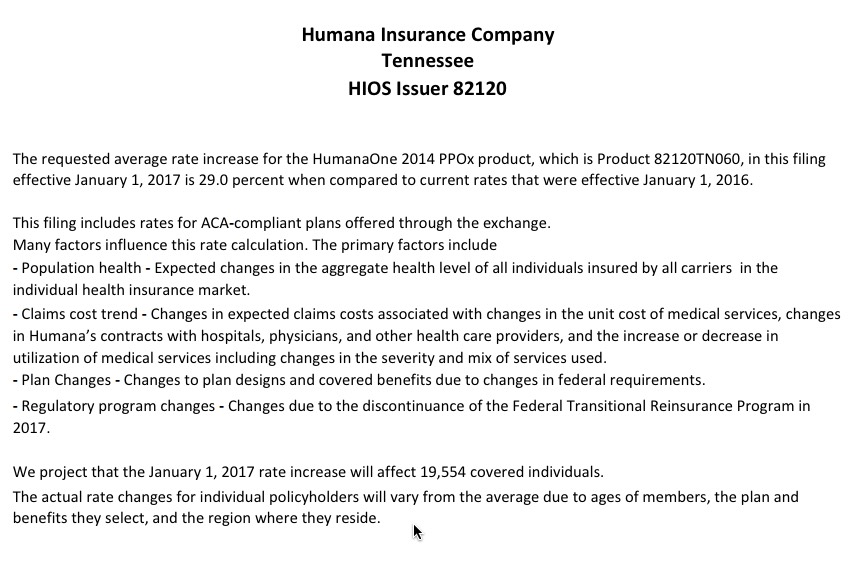 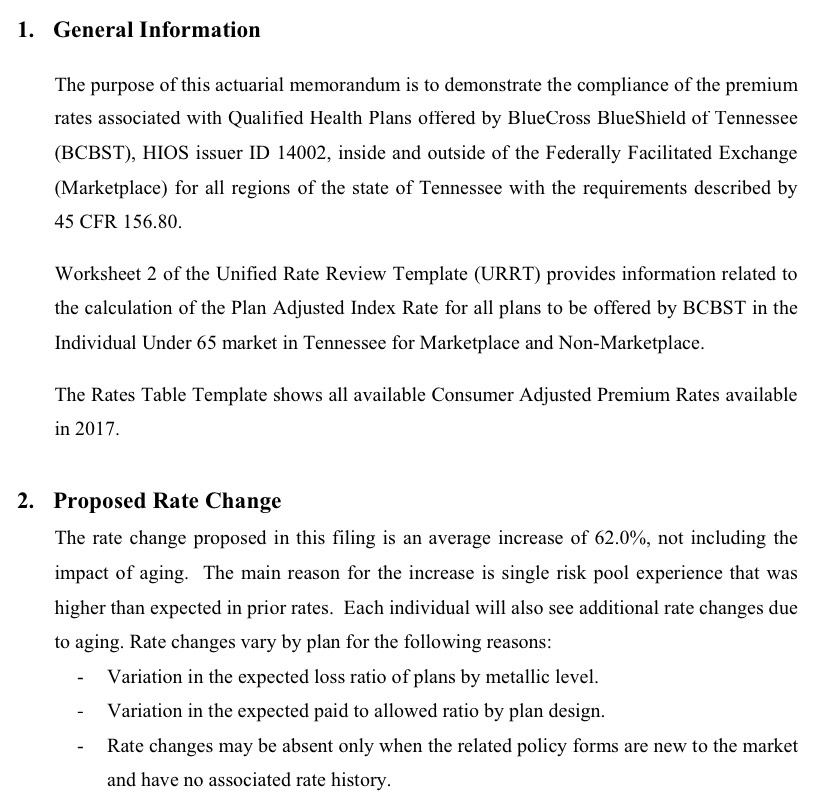 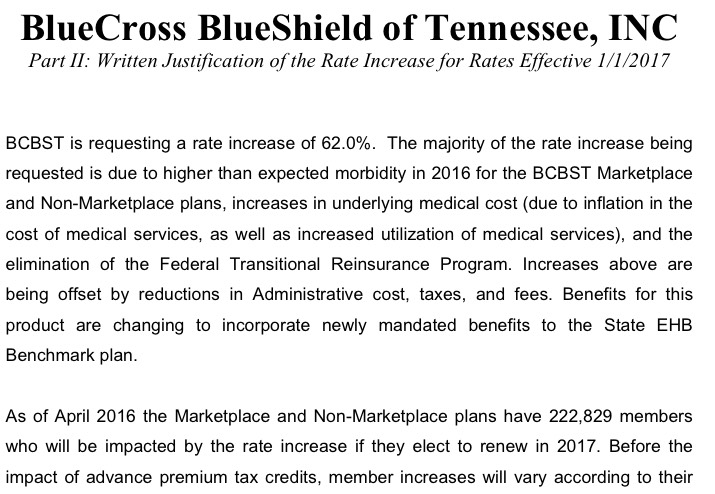