Last year, the Texas ACA-compliant individual market carriers requested an average rate hike of around 16%, although it was a pretty fuzzy guesstimate since I couldn't track down the average rate hikes for about 25% of the market other than knowing that whatever it was, it was under 10%.

This year, the good news is that CMS has started posting all rate change requests whether over or under 10%, making it easier to fill in some of the data. The bad news is that 3 of the 19 carriers offering individual policies next year redacted any data giving a clue as to what their current enrollment numbers are: CHRISTUS, Community First and Oscar Insurance.

The other 16 carriers did provide those numbers pretty clearly (except for Sendero, which only gave a projection of "member months" which I had to divide by 12 to get a rough enrollment estimate).

In order to get a rough estimate of the remaining three carriers, I had to make several assumptions. I realize there's some leaps of faith involved here, but it's the best I can do for the moment:

Add all of the above up and you get something resembling the following (with the 3 mystery carriers listed at the bottom): 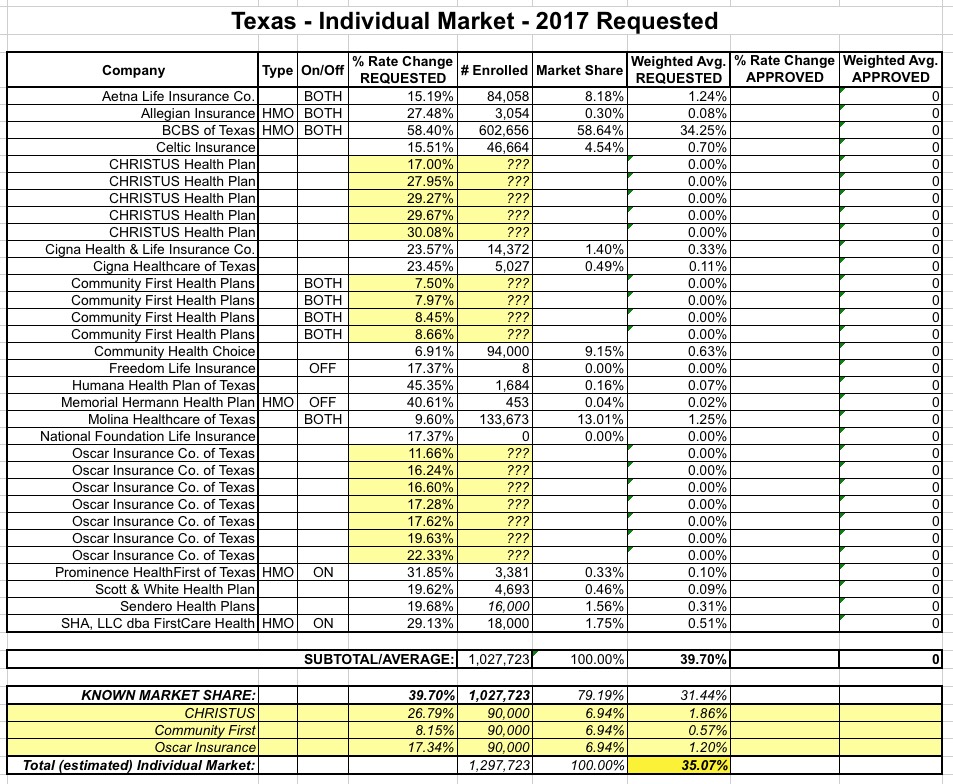 Ouch. 35% if all of my assumptions above are close to accurate; nearly 40% if you ignore those three and just look at the 16 known carriers.

ONCE AGAIN, this does not necessarily mean that these rate increases will be approved by Texas regulators, but it's certainly a forboding image. 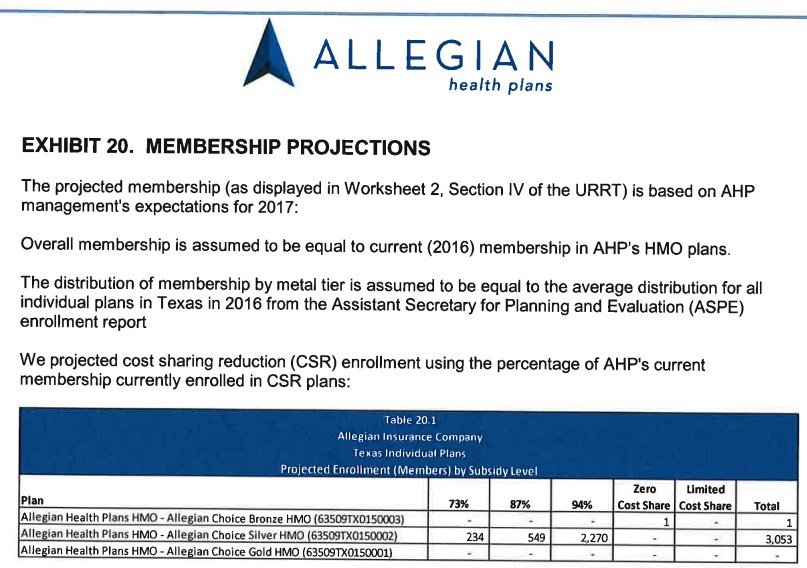 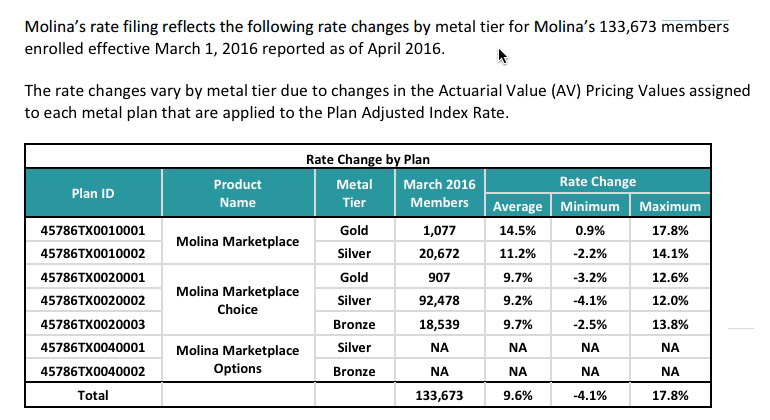 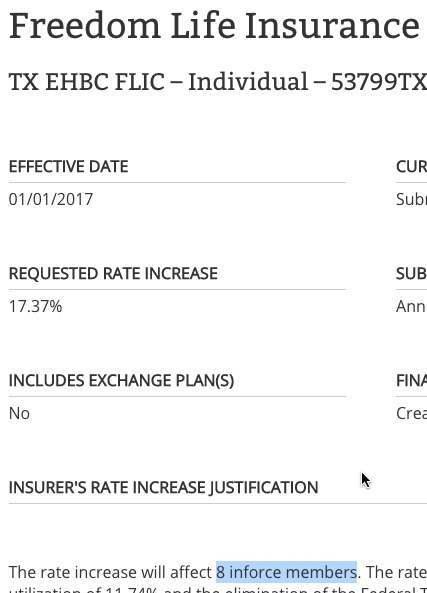