Some are presumably being dropped from UnitedHealthcare, others from MDwise...but I have no idea how many that might be. The best case scenario would be if MDwise has every single one of them, or 42% of the total; if that's the case, the overall weighted average drops to a 16.0% increase.

Therefore, until further notice, I'm going to assume that Indiana's requested weighted average increase is somewhere between a 16.0 - 19.2%. Using the midpoint (these are all estimates anyway) gives me 17.6%.

UPDATE: OK, never mind; thanks to farmbellpsu for the catch; I've found MDwise's total current enrollment after all; it's around 29.4K, bringing the overall average requests in at 18% even. 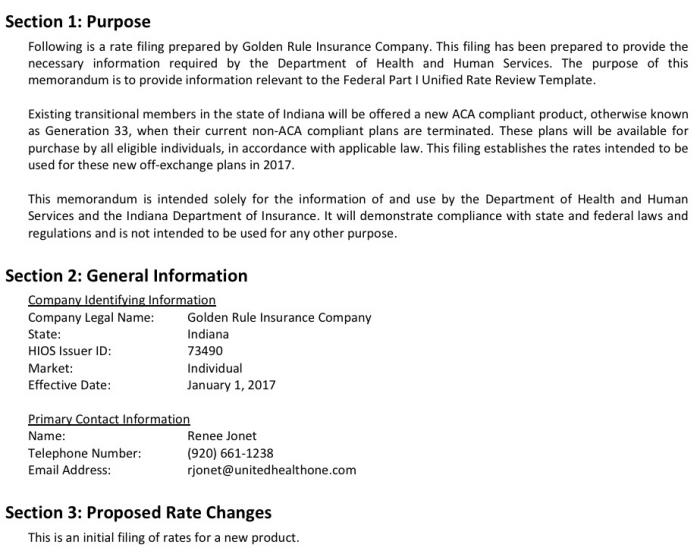 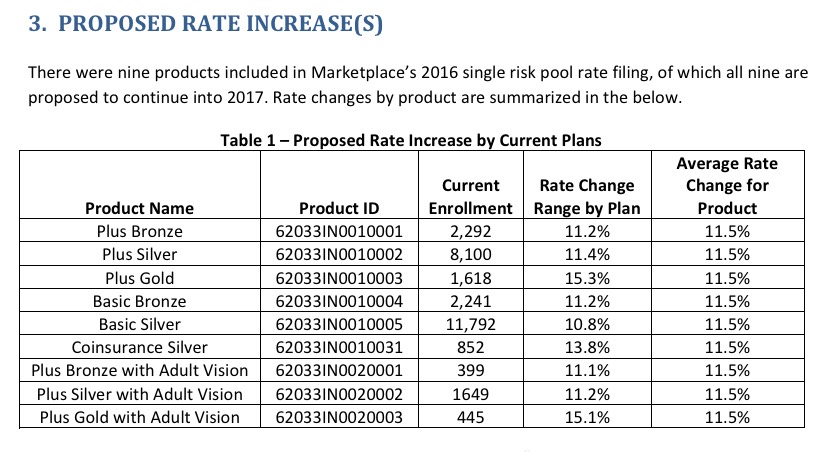