During the third week of Open Enrollment, consumers continued to explore their health insurance options by reaching out to a call center representative at 1-800-318-2596, attending enrollment events in their local communities, or visitingHealthCare.gov or CuidadoDeSalud.gov. There are about three weeks remaining ahead of the December 15 deadline.

“We are three weeks into Open Enrollment, and we continue to see demand for the quality, affordable health coverage available through the Marketplace. More than 1.6 million consumers have selected coverage, including half a million new consumers and over a million existing marketplace consumers who have returned to shop, switch plans or choose their same plan for 2016,” Department of Health and Human Services Secretary Sylvia Burwell said. “This Thanksgiving holiday, I encourage families to talk about the importance of getting covered and to visit HealthCare.gov to find the coverage that fits their health needs and their budgets.” 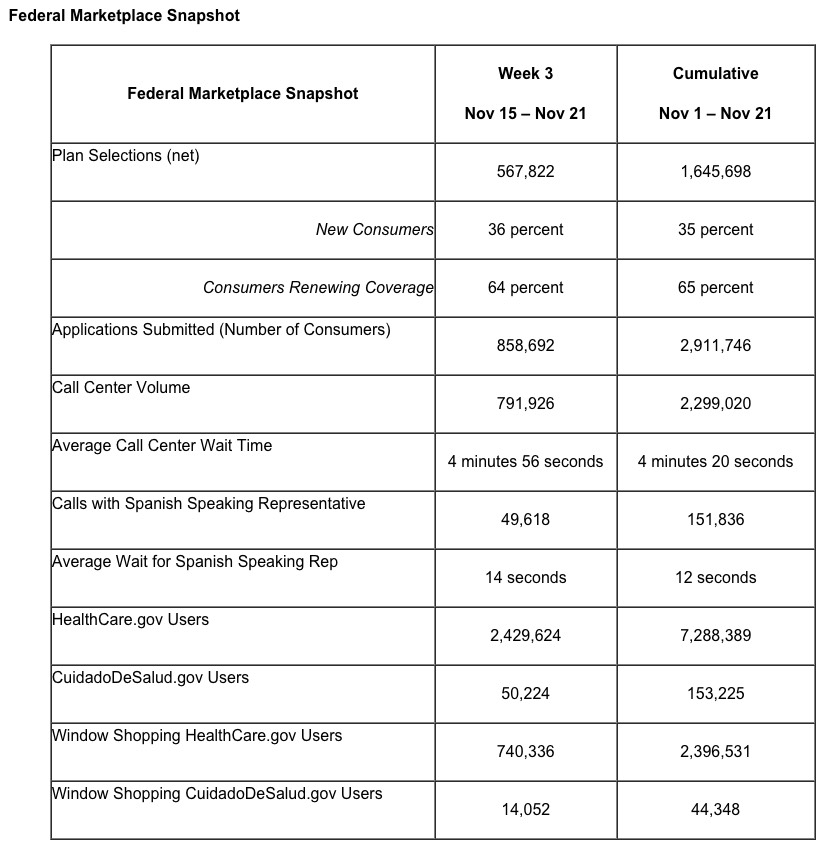 The good news is that, well, 68,000 more people have selected plans via HC.gov to date than I've been projecting. In fact, I've underestimated for the first three weeks straight so far (around 4.6% cumulatively so far):

I admit to being slightly surprised by the trend. As you can see, I figured the weekly numbers would drop slightly each week for the first few weeks (550K, 520K, 500K); instead, they were steady the first 2 weeks and inched up the third.

However, I still expect the current week to drop substantially due to it being Thanksgiving week. Note that last year the number dropped about 35% during Thanksgiving week before skyrocketing again the week after that; a similar drop this year would bring it down to around 330K for Week Four...although I'm gonna adjust my Week 4 projection upwards to 370K given the higher-than-expected results for Week Three.

Otherwise, again, without the state-by-state breakdown, not much else to add. The Renewal/New ratio continues to be roughly 2:1, although the New percentage is starting to inch upwards a bit. As the press release notes, this means that about 1.07 million current enrollees have now renewed (or switched) their policies (over 11% of all current enrollees), plus another 576K new people have selected a plan via HealthCare.Gov.

When you add in the known state-based exchange numbers, this means that a minimum of 1,839,539 people have selected (or renewed) QHPs for January 1st coverage so far, although it should actually be well over 2.1 million nationally already, and will likely pass 2.6 million nationally by this Saturday. 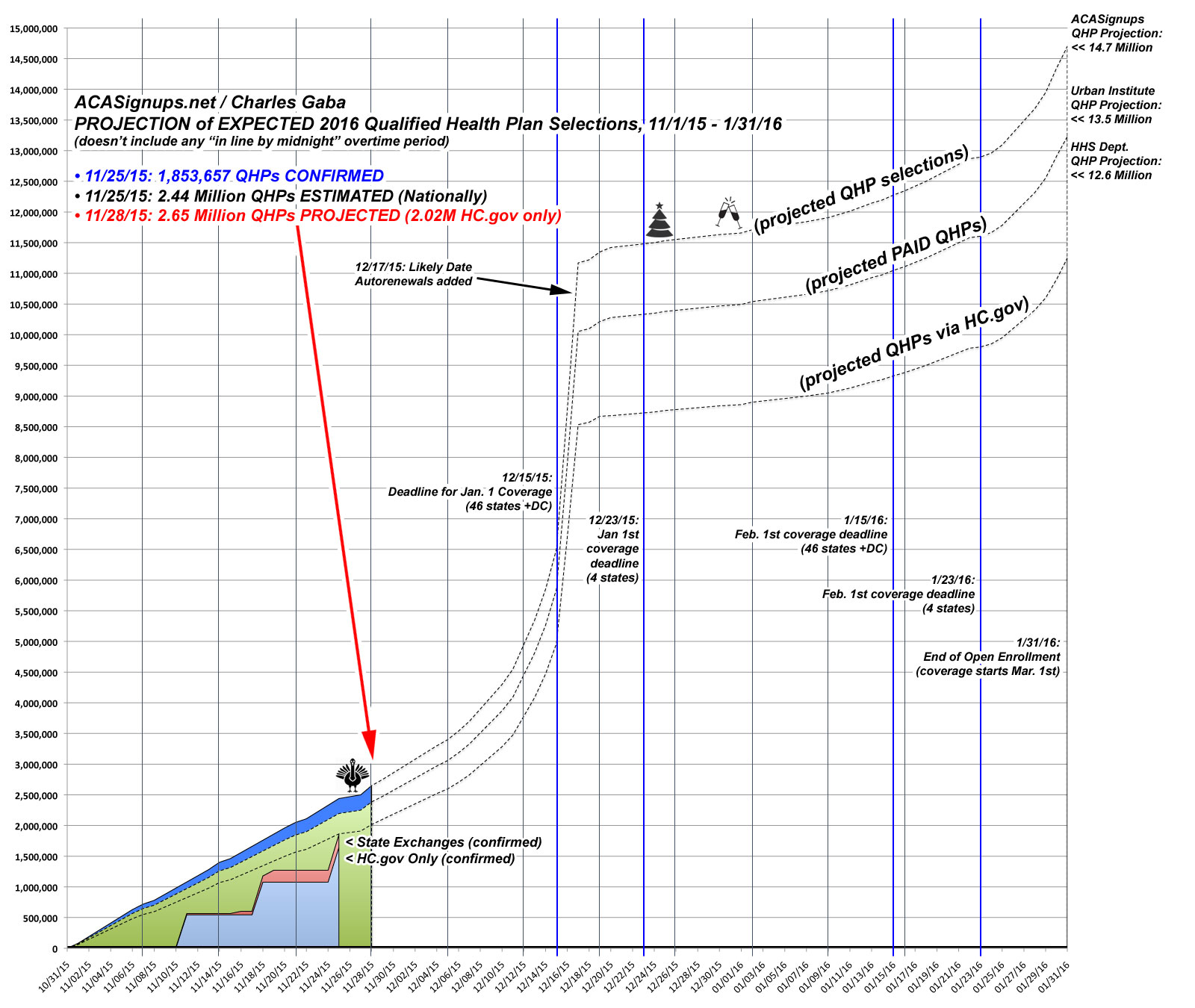