HHS recognizes that the Affordable Care Act requires the Secretary to make full payments to issuers, and HHS is recording those amounts that remain unpaid following our 12.6% payment this winter as fiscal year 2015 obligation of the United States Government for which full payment is required. 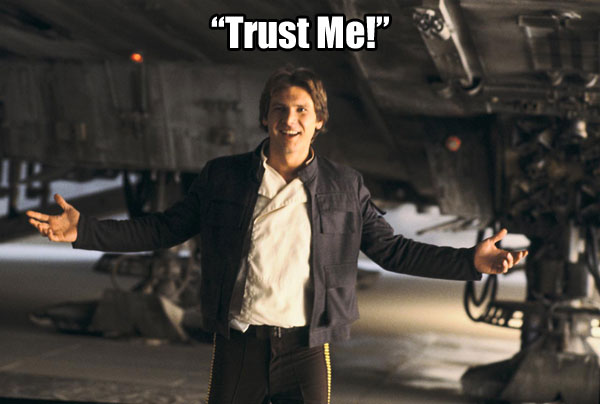 OK, I lied; I do have one comment to make here.

CMS is doling out just 12.5% of the monies owed to various carriers for the Risk Corridor program, and is promising that the remaining 87.5% will be paid over the next two years.

Now, for some firms (mostly the larger ones), these "delayed" payments aren't that big of a deal; in some cases they may only have lost a relatively small amount; in others, they may be large/profitable enough in other areas (or have large enough cash reserves) that they can afford to bide their time for the remaining funds.

For other, mostly smaller carriers, however, having that other 87.5% "delayed" amounts to a death sentence; while this mostly means the 11 Co-Ops which are being disbanded as I type this (one of them already went belly-up last year, well before the Risk Corridor mess), there's also at least one private carrier (WINhealth in Wyoming) which is folding as a result, and of course other insurers are killing certain plan offerings, pulling out of certain states and so on as they reposition themselves to cope with the RC losses.

CMS is doling out the 12.5% evenly to every carrier which is owed money, regardless of how much or little they're owed, or how desperate their situation is, right? So here's my qeustion: Are they legally required to make the payments this way, or could they use their discretion to prioritize certain carriers over others if they wanted to?

However, Blue Cross has a couple billion in the bank already while being profitable in their Large Group market and can thus easily wait for the other $87.5 million...whereas Little Guy only has a few million in the bank and relies mainly on the individual market for their business. Does CMS have the legal discretion to pay Little Guy, say, 50% of what they're owed ($5 million) while only paying Blue Cross 8.75% of their funds ($8.75 million)? The total paid out would still be the same ($13.75 million), and the $3.75 million difference wouldn't make a damned bit of difference to a behemoth like Blue Cross, but could easily be the difference between survival and liquidation to Little Guy.

To use a (very appropriate) medical metaphor, everyone who's ever watched M*A*S*H knows that "triage" is the process of prioritizing patient medical care based on which ones are in the most critical condition; the patients who will die if not tended to first get priority over those who aren't in such dire condition. My question is, is CMS allowed to perform triage when it comes to Risk Corridor payments, or do they have to dole out existing fundes on an equal percentage basis no matter what?

I'm assuming that even if CMS did have the legal right to do this, they probably chose not to do so on the grounds that showing favoritism would cause massive political/PR embarrassment.

You know, as opposed to what's happened as a aresult of doling the funds out evenly.