MNsure, the Minnesota ACA exchange which has gone through a lot of political ping-pong but is still standing, just released their first official 2016 #OE3 enrollment report: 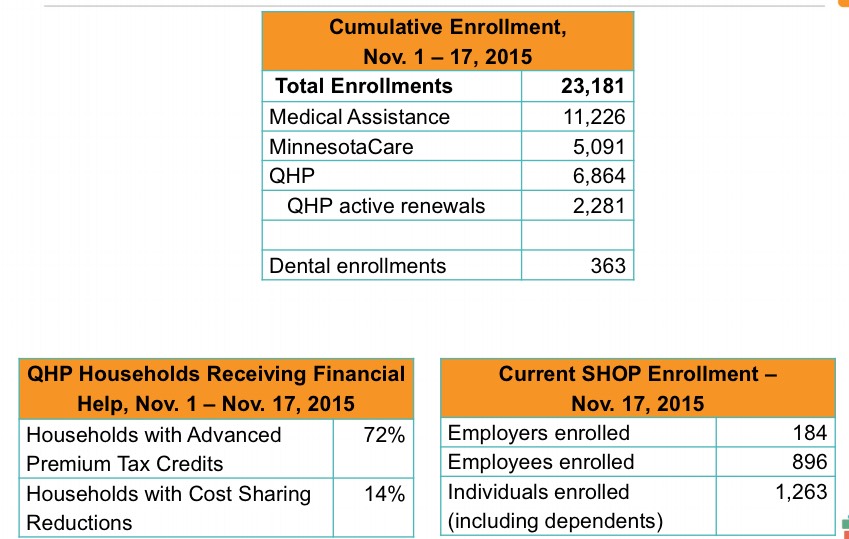 Minnesota only accounted for 0.5% of total QHP selections for 2015; extrapolated nationally at the same ratio, this would suggest around 1.37 million QHPs nationally through yesterday...which is a little lower than I'm currently estimating, but in the right ballpark.