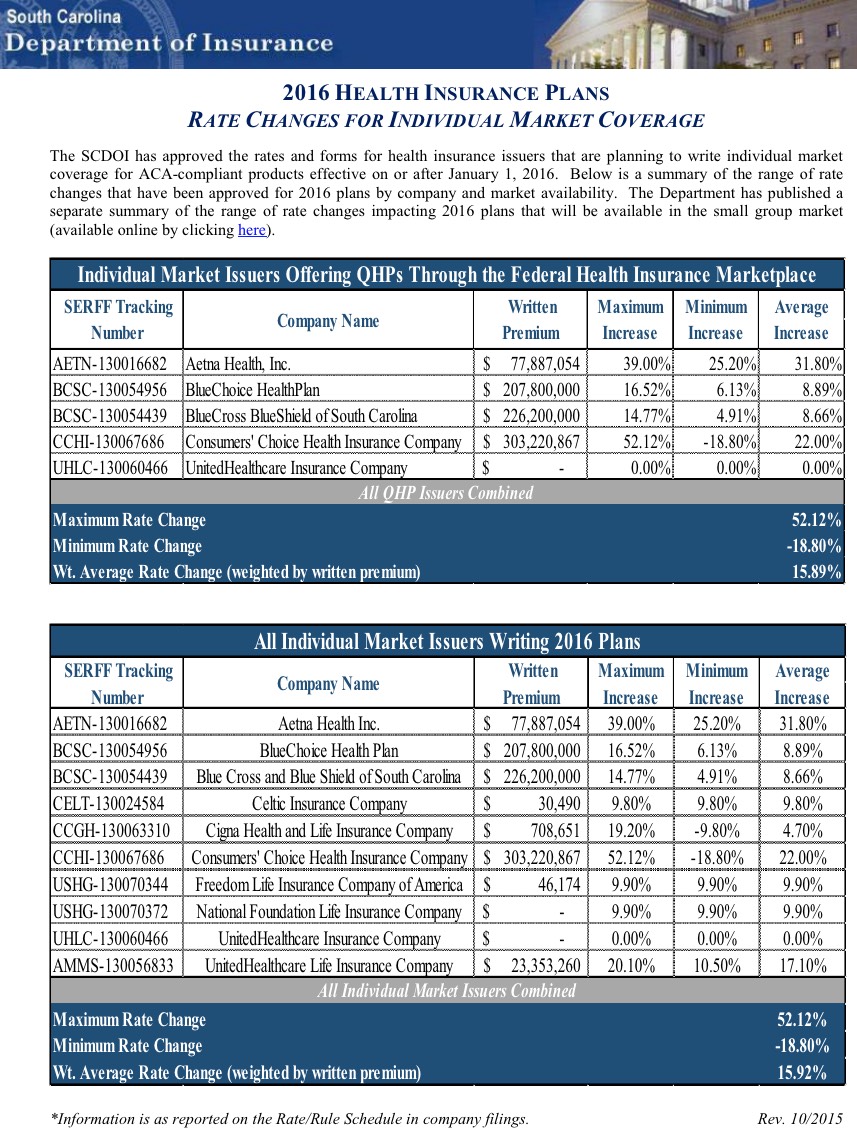 On a much more positive note, the SCDOI has also released their approved small group market rate changes, and the picture there is much better: A mere 1.8% average increase for 2016: 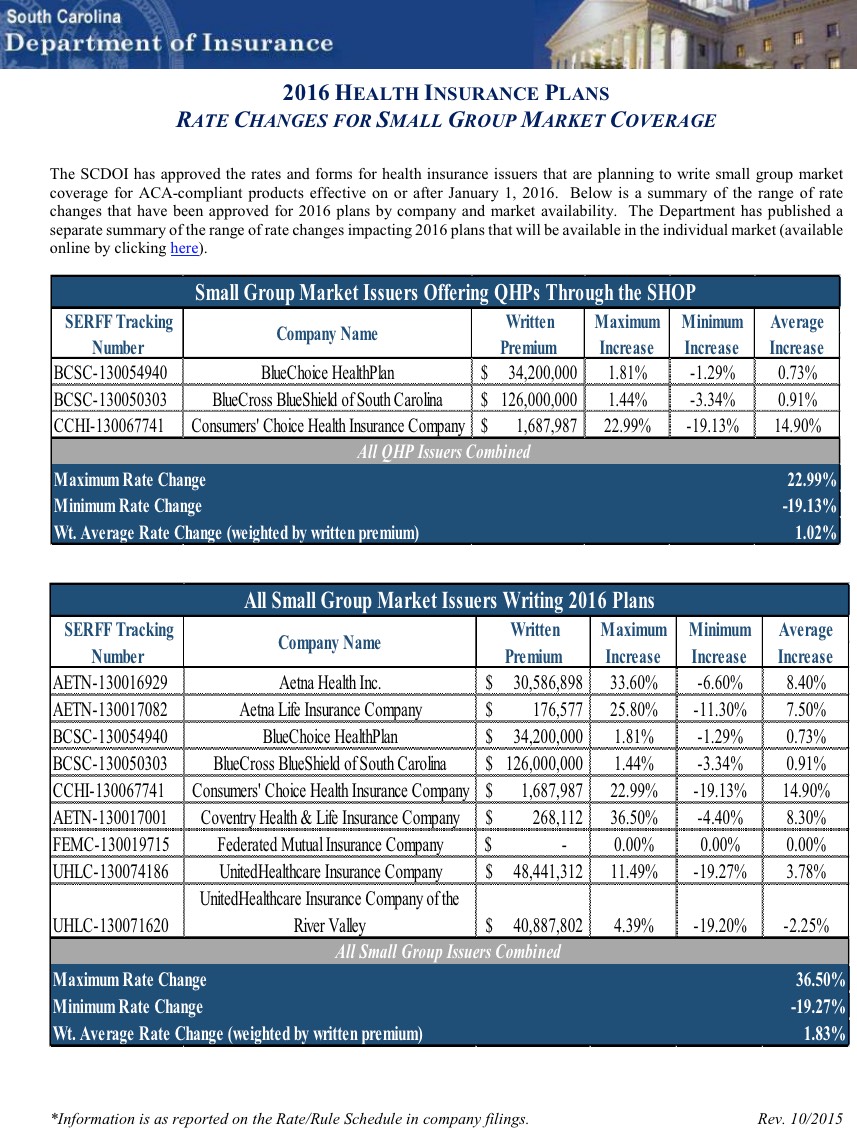