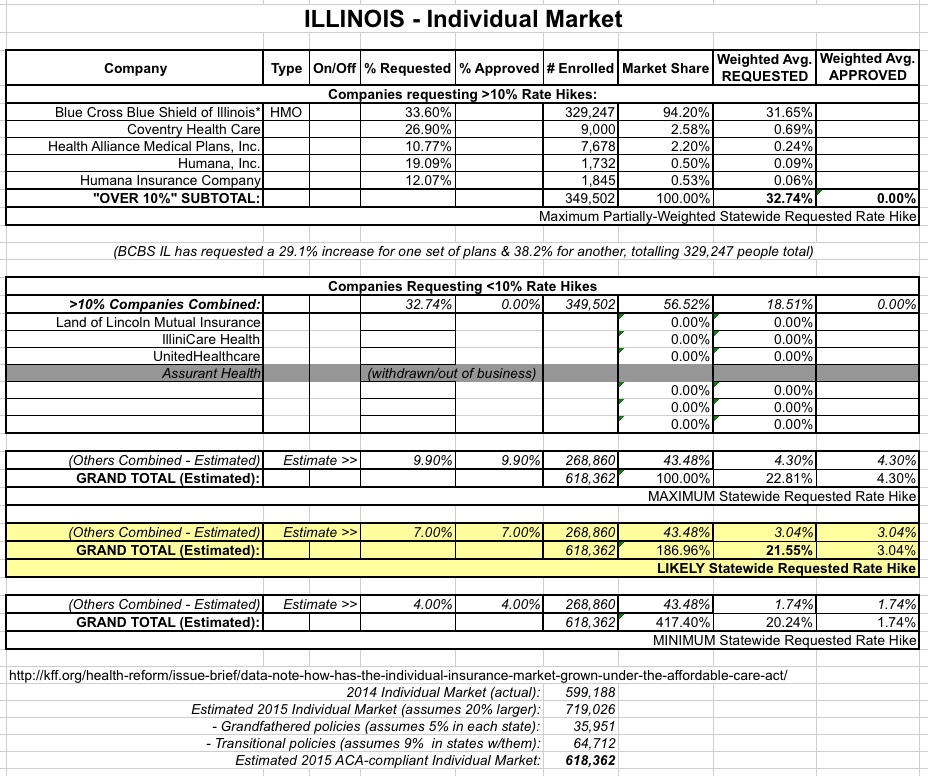 Assuming this is accurate, the worst-case scenario for Illinois is around a 22.8% weighted average rate hike. The "missing" companies are all at 9.9% or lower, so the likely overall average is around 21.6%.