While everyone is waiting for the King v. Burwell decision to come out in a few weeks, the CMS Dept. has quietly released their latest monthly Medicaid/CHIP enrollment report...which happens to line up almost perfectly with what I was expecting:

But wait, you're saying; according to The Graph, you estimated the net increase as 13.2 million, nearly a million more than CMS is reporting!

Of course, The Graph itself doesn't stop at the end of February. My own projections actually have the current net gain up to around 13.9 million as of early June (or 12.9 million if you don't include the "bulk transfers"): 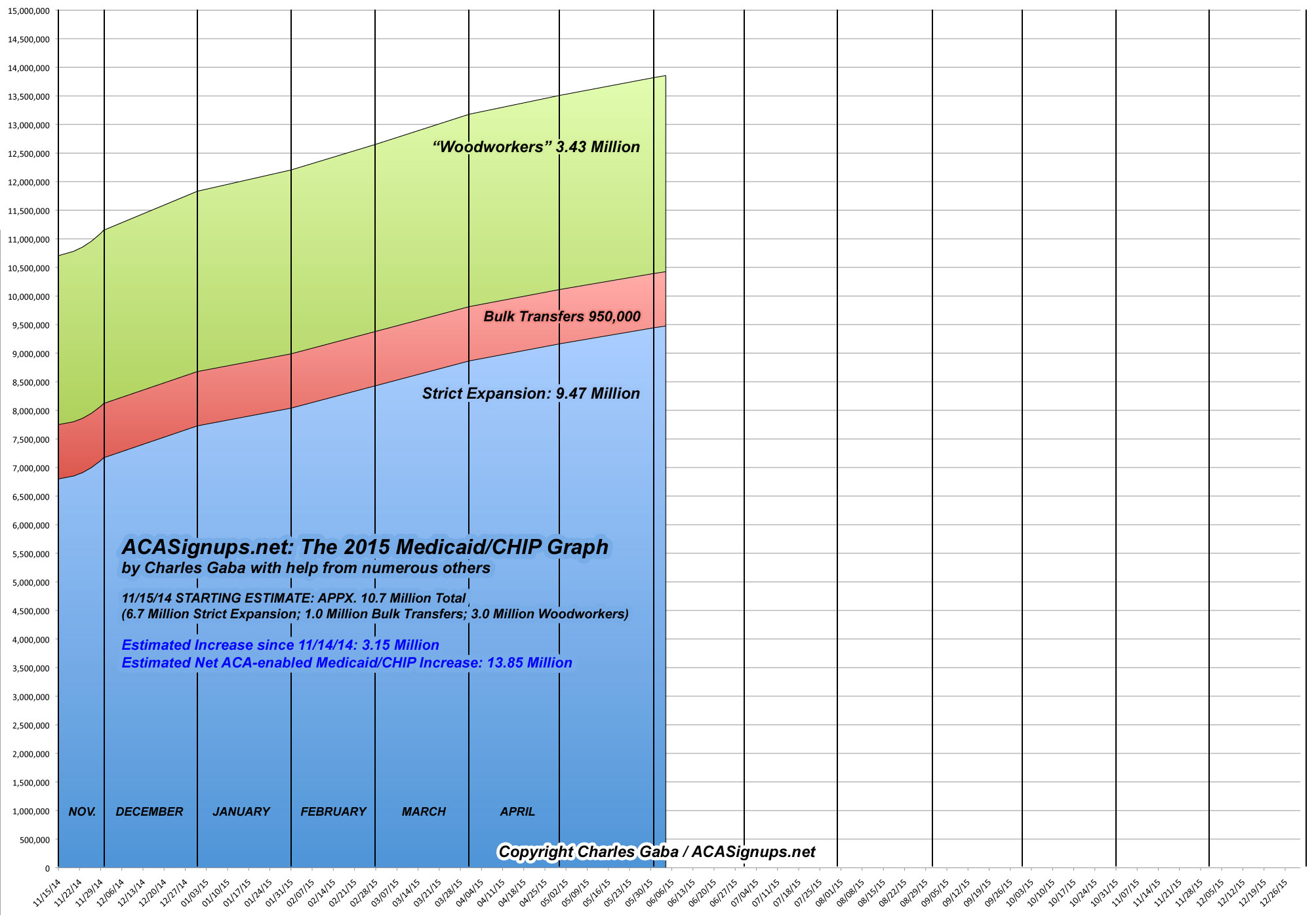