With the latest official enrollment data out of the CMS division of the HHS Dept., I've had to make some modifications to The Graph to make it more accurate.

First, here's the old version, updated through yesterday (click either one to load full-size version in new browser window): 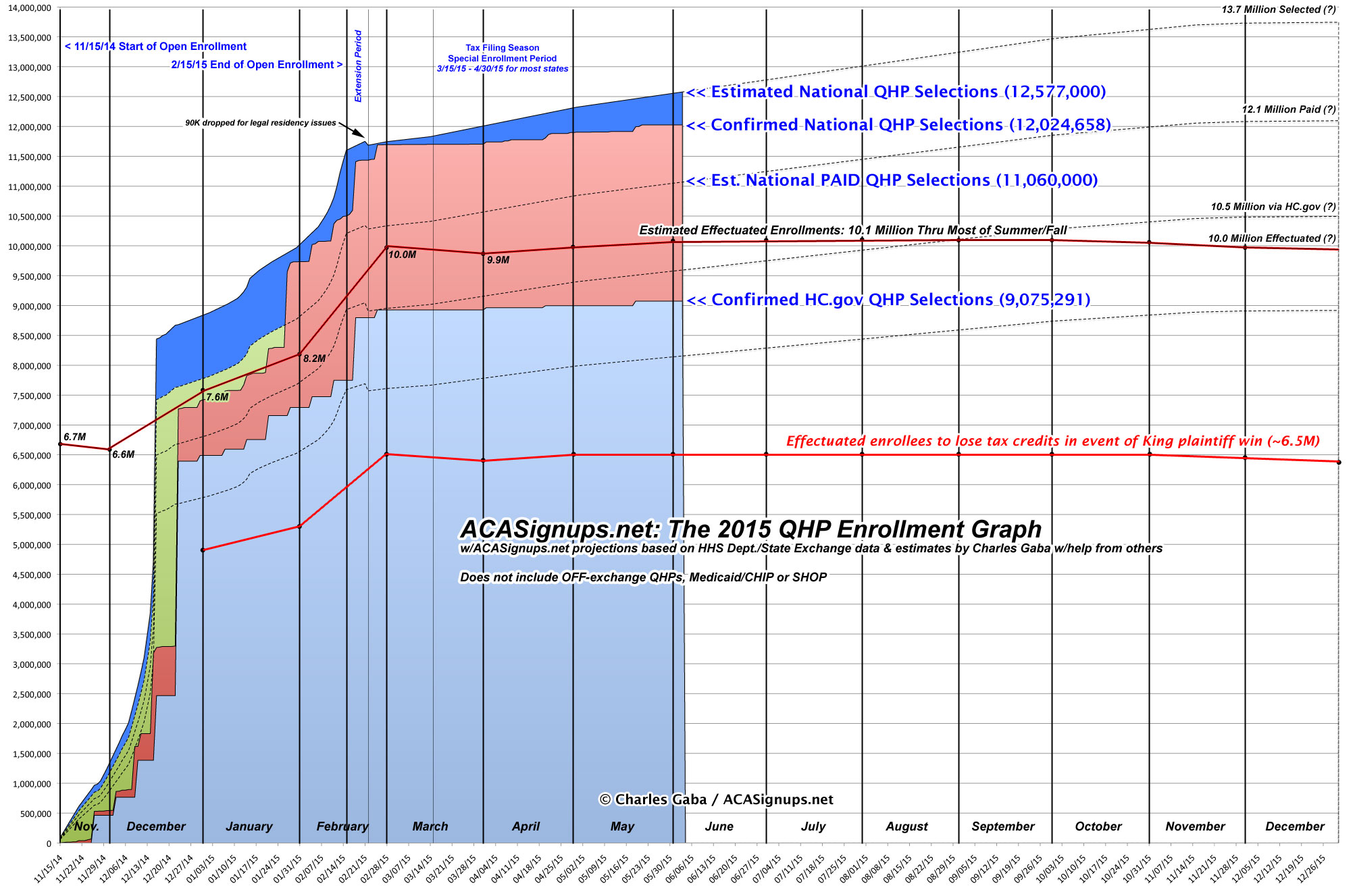 And now, the NEW version! 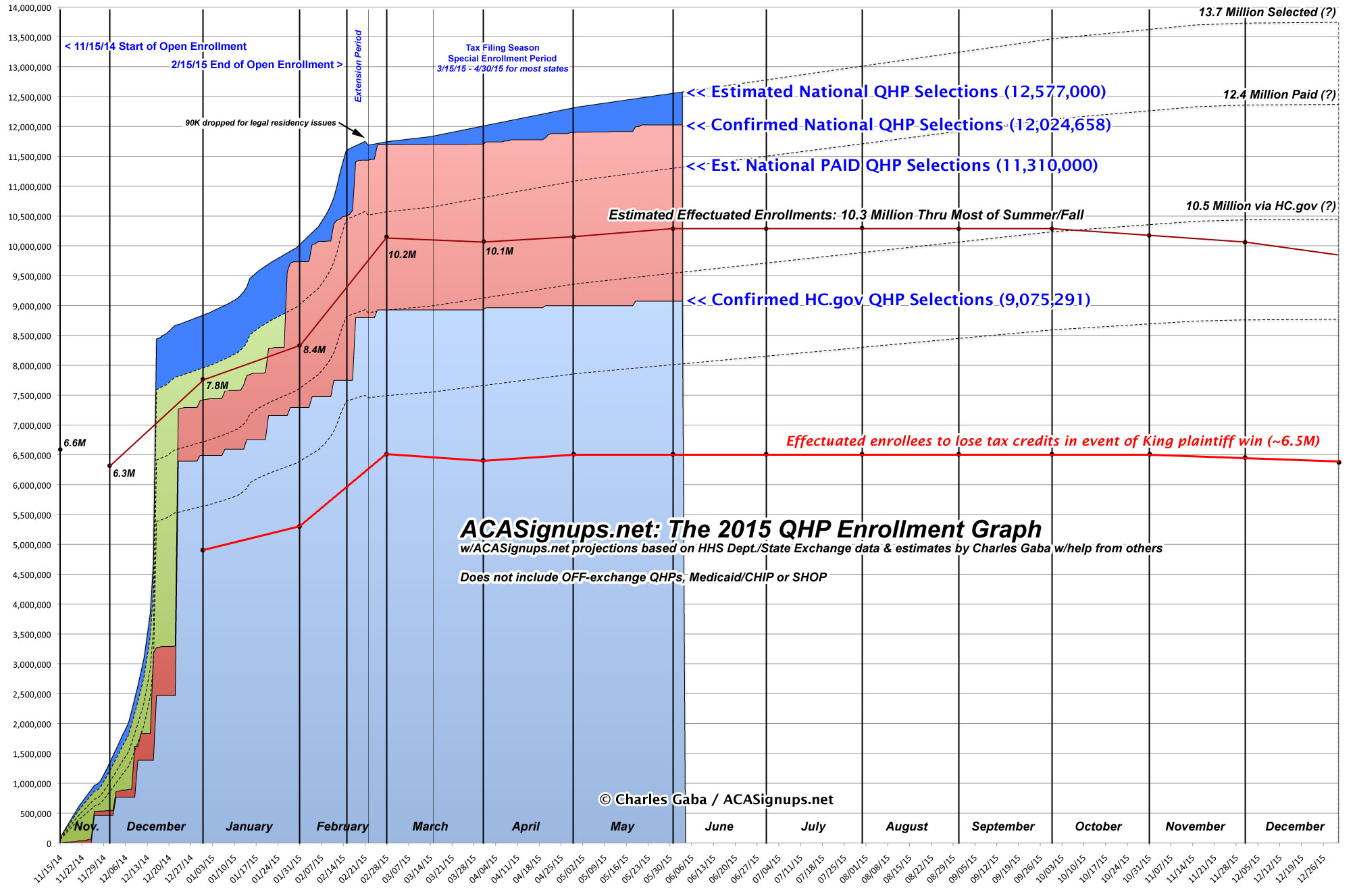 Yes, I know; not exactly night and day, right?

However, there's some important differences:

ALL of the above assumes that the Supreme Court rules against the plaintiffs in King v. Burwell, of course. If not...well, let's just say that the 2nd half of the graph will have to be altered significantly, to put it mildly.

Here's the spreadsheets which explain where the monthly effectuated numbers come from. For the old version, I assumed an 88% payment rate, 2% monthly average net attrition and around 7,500 people enrolling during the off-season per day, plus about 140,000 tax filing-specific enrollments. As you can see, the effectuated March number is around 9.96 million:

However, with yesterday's official CMS numbers, I'm able to tweak these accordingly to get a more accurate picture to bring the March number up to around 10.2 million. Doing so required four changes: I bumped up the payment rate to 90%,corrected the total #ACATaxTime enrollment to 214,000, and increased the December attrition rate to 5% (while dropping the last-minute enrollments in October/November):