Massachusetts blasts through the 100K mark: 108,051 QHPs thru yesterday

And there you have it: As I've been expecting all week, not only has the MA Health Connector broken the 100K milestone, they blew past it, with 108,051 private policy selections as of last night (the Medicaid number is still hovering just below 200K, but that doesn't include yesterday; they should have easily tacked on another 5,000 to put MassHealth over the top).

In addition, the overall payment rate continues to climb, reaching 76%...but likely much higher when you consider that about many of the 108,000 total aren't scheduled to have their policies kick in until February anyway. I know that at least 50K of those who paid were for January-start policies, so it could easily be something like: 50K paid / 57K (January) + 32.2K paid / 51K (February), which would mean 88% of the January enrollees are paid up + 63% of the February enrollees so far. The larger point is that we won't know the real payment rate until late March (over a month after the enrollment period itself ends), so there's nothing to worry about for now.

Speaking of which, don't forget that today is the deadline for February coverage in Massachusetts, so they should be seeing a bit of an enrollment spike as I type this.

In any event, Massachusetts has now enrolled 3.4x as many people in private policies as they did during the entire 2014 enrollment period. At their current trajectory--assuming no mid-February surge--they're on track to enroll at least 24,000 more people, for a total of 132K...but a reasonable last-minute surge should put them at more like 160K or even higher when the dust settles. I was being absurdly unrealistic with my pie-in-the-sky 300K projection, but 200K QHPs should be doable if they really come through in the clutch.

Finally, note that the overall QHP-selection-out-of-determinations is now up to 56%; there are another 85K people who are all set to select a plan (6K of whom already have a plan in the cart but haven't actually checked out yet). 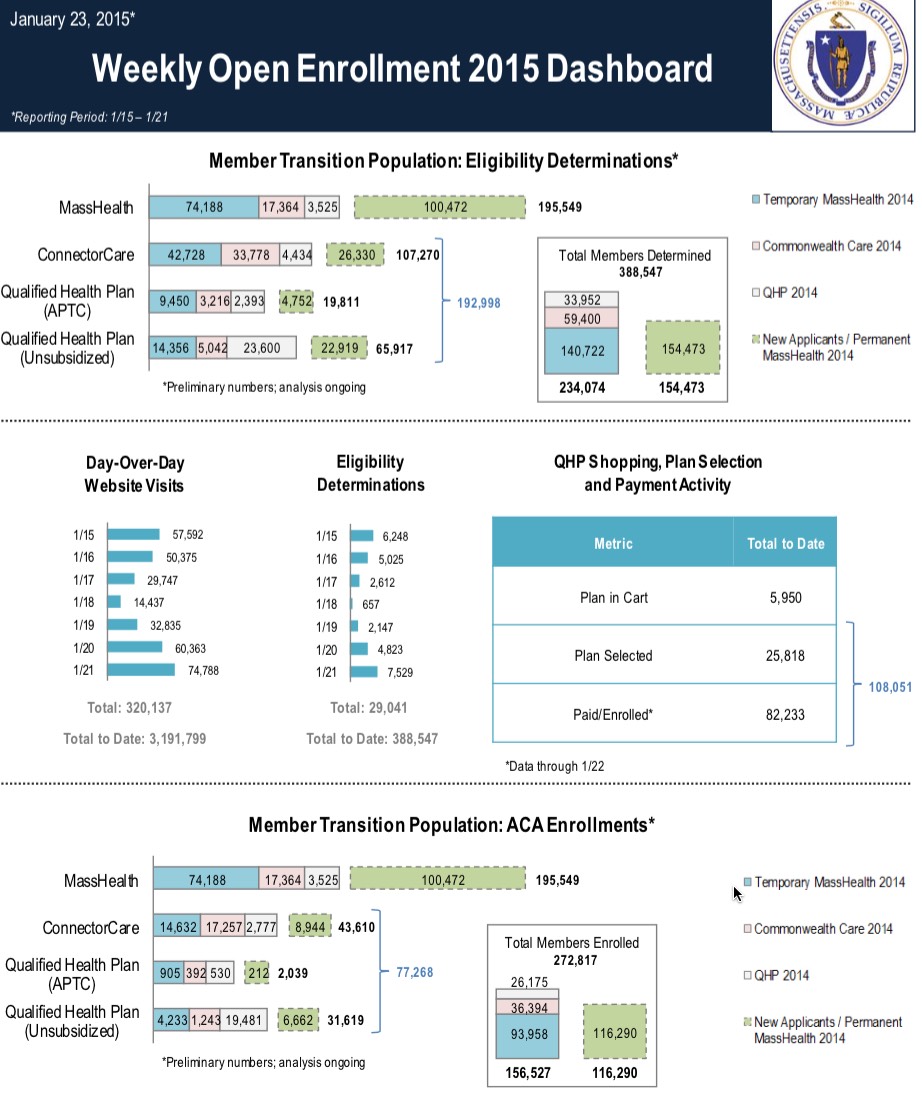