I put together a year-over-year overlay 1/3 of the way through open enrollment (right after the 12/15 deadline) and again at around the halfway point, both of which were pretty well-received, so now that we've crossed the 2/3 mark I've done an updated version.

I was going to use 1/15 as the cut-off date, but since the HHS "weekly snapshots" run through Fridays, I wanted to avoid the confusion of 2 different projection numbers, so I included the extra day to line this up with my 1/16 projection of 9.5 million QHPs even.

At the 2/3 point last year (around January 9th), total QHP selections were at around 3.7 million, versus the 9.5 million who should have enrolled for 2015 as of Friday night, or almost 2.6x as many. This gap will obviously close quickly once we move into the home stretch, but this period should still end with roughly a 50-60% increase over last year. 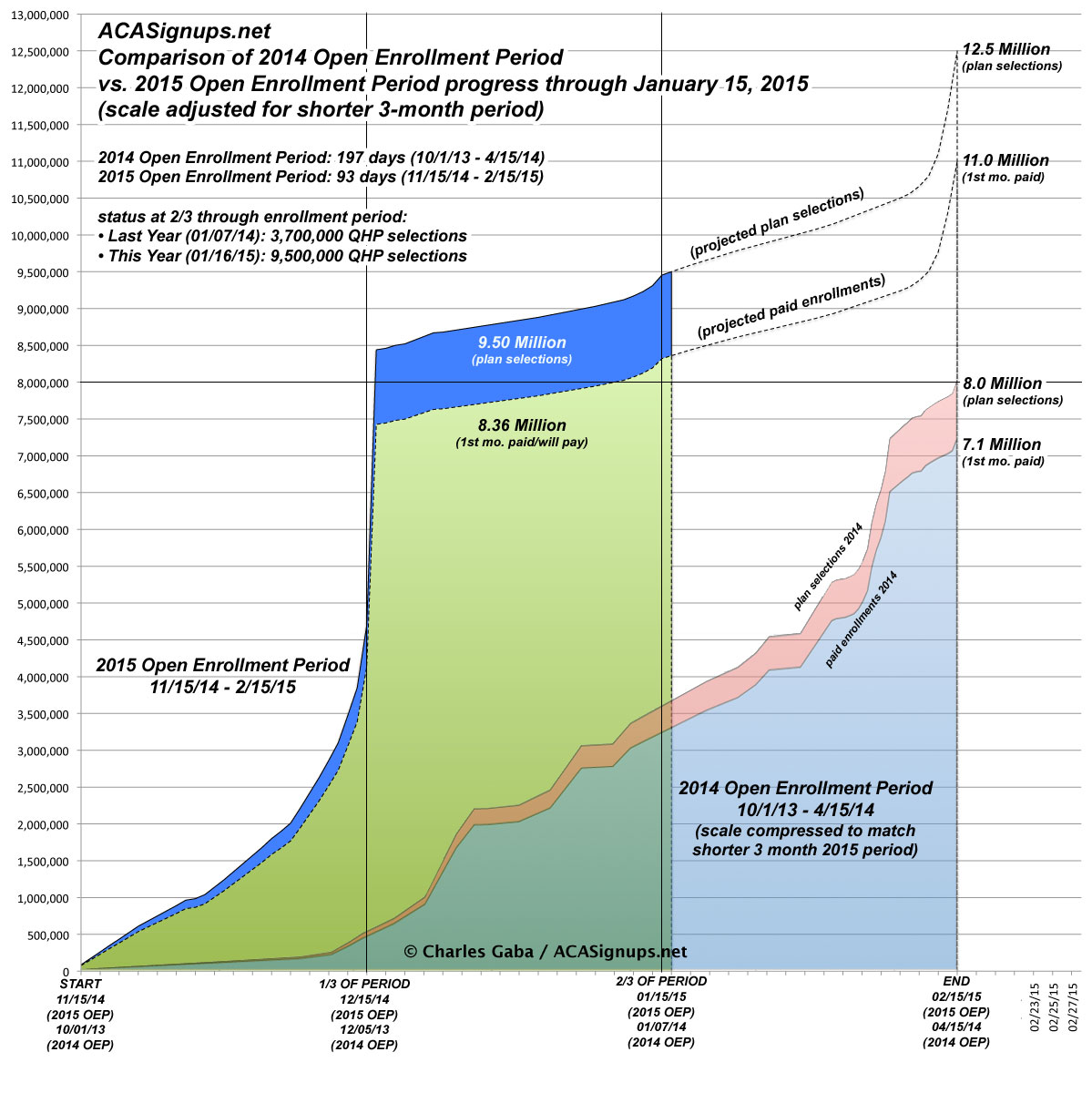