I was burned a couple of weeks in a row by overestimating the actual private policy (QHP) selections to date in Massachusetts by around 5% or so. Last week I downshifted a bit (from 50% of eligibility determinations to 45%), resulting in an estimate of around 90,700 QHPs as of Tuesday.

Today the MA exchange released their weekly dashboard, with official QHP selections, and sure enough, I'm back on target: 93,262 QHP selections as of Wednesday the 14th, in addition to 178,912 Medicaid (MassHealth) enrollees.

As for the payment rate, on the surface it appears to be just 72% (67,265 out of  93,262). However, remember that the 93K figure includes 19,000 people who are enrolling for coverage starting in February. We know this because of this update from December 30th:

Of the 74,203 people who selected plans by the Tuesday deadline, 51,888 paid their first month’s premium by Friday.

However, it's probably not quite that high, since some of the 67K who have paid may be part of the 19K starting in February. Still, the odds are very high that in the end the January payment rate turned out to be somewhere in the neighborhood of...88%.

One other nice data point: At 93,262 QHP selections, Massachusetts has now enrolled 3x as many people in private plans as they did last year. I'm still expecting them to enroll between 170K - 300K by February 15th, although it's looking like it might end up at the lower end of that range. 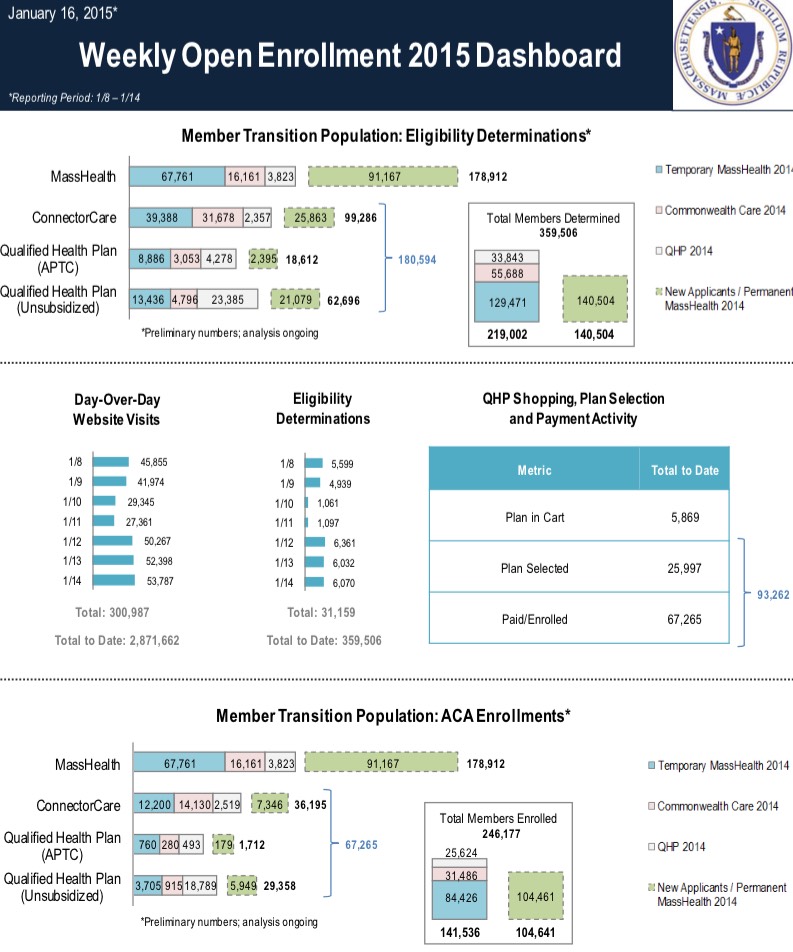