Vermont: Ouch. It looks like Single Payer is off the table for now after all

OK, strictly speaking this isn't directly ACA-related, but come on...

Shumlin: "The time is not right"

The state passed legislation outlining how the single-payer system would work in 2011. And ever since, the state has been trying to figure out how to pay for a system that covers everybody. Most estimates suggest that the single payer system would cost $2 billion each year. For a state that only collects $2.7 billion in revenue, that is a large sum of money.

What Shumlin appears to be saying today is that the "time is not right" to move forward on the financing of the single-payer system. And that means putting the whole effort aside, with no clear moment when the debate would be reopened.

Thanks to Morgan True for the link to this PowerPoint report which explains why VT is pulling the plug on their ambitious Single Payer attempt: 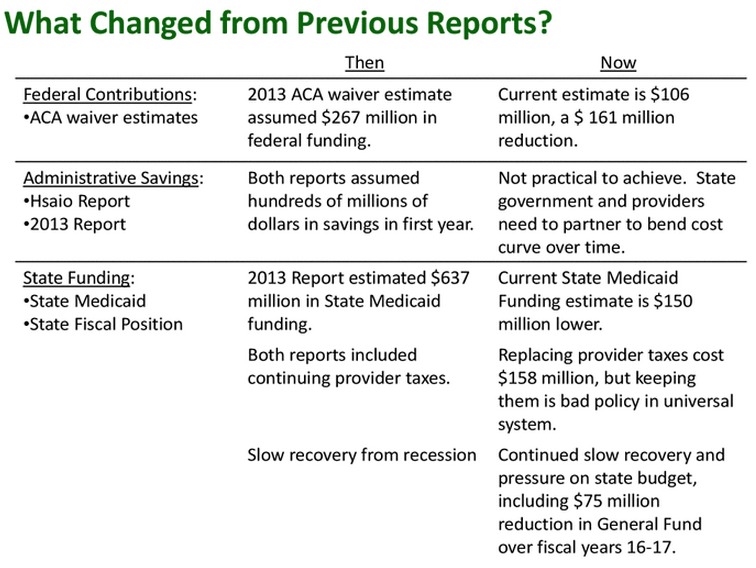