OK, the data is very limited (only 9 states...I left Illinois off because that only includes a single insurance company in the state), and it only runs through the first few days for some states (in fact, Hawaii is only part of the first day), but this at least gives me a starting point to work with.

Based, again, on extremely limited/partial numbers, it's looking like the national total in the first week may be twice as many as the entire first month last year. Amazing what a difference working websites can make...

Anyway, this chart is obviously going to jump around a lot as more numbers come in, and will likely increase dramatically as we approach December 15th...and then again as we approach February 15th. This is where it starts, though.

UPDATE 11/22/14: Only a few hours after I posted this, I received partial data from Kentucky & Connecticut which bumped my estimate for Week 1 even more, to at least 212,000 QHPs. 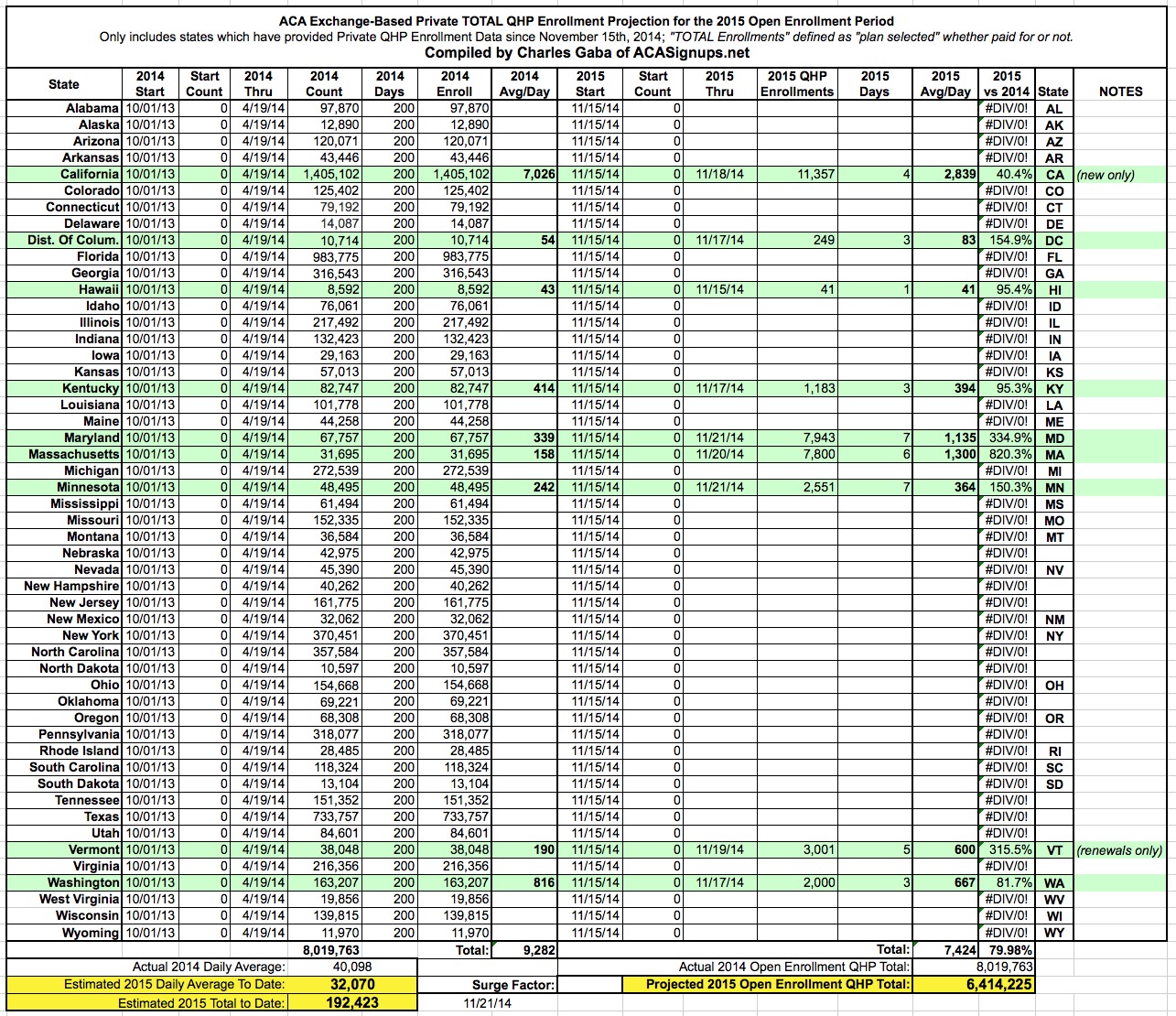