There's a bunch of data updates to The Graph on both the QHP and Medicaid side, but the biggest change is the new Medicaid enrollee data out of California, which has jumped up by a whopping 789,000 people from the last data that I had. Note that many of these may be stuck in a major backlog, in which case this number may or may not continue to grow substantially over the next few months as they're processed.

Almost all of the other data is also on the Medicaid side, of course, as Michigan, Kentucky, West Virginia etc. continue to quietly add expansion & woodworker enrollees to their tallies.

Finally, the estimated QHP total now sits at around 8.6 million (around 8,000 per day since the end of open enrollment, although this rate will likely drop down a bit as we move into the late summer and fall). On the other hand, that 8K/day is at the lower end of my current estimated range (currently estimated at between 9,000 - 12,000 per day, although this will fluctuate as more state exchange data comes in), so who knows? 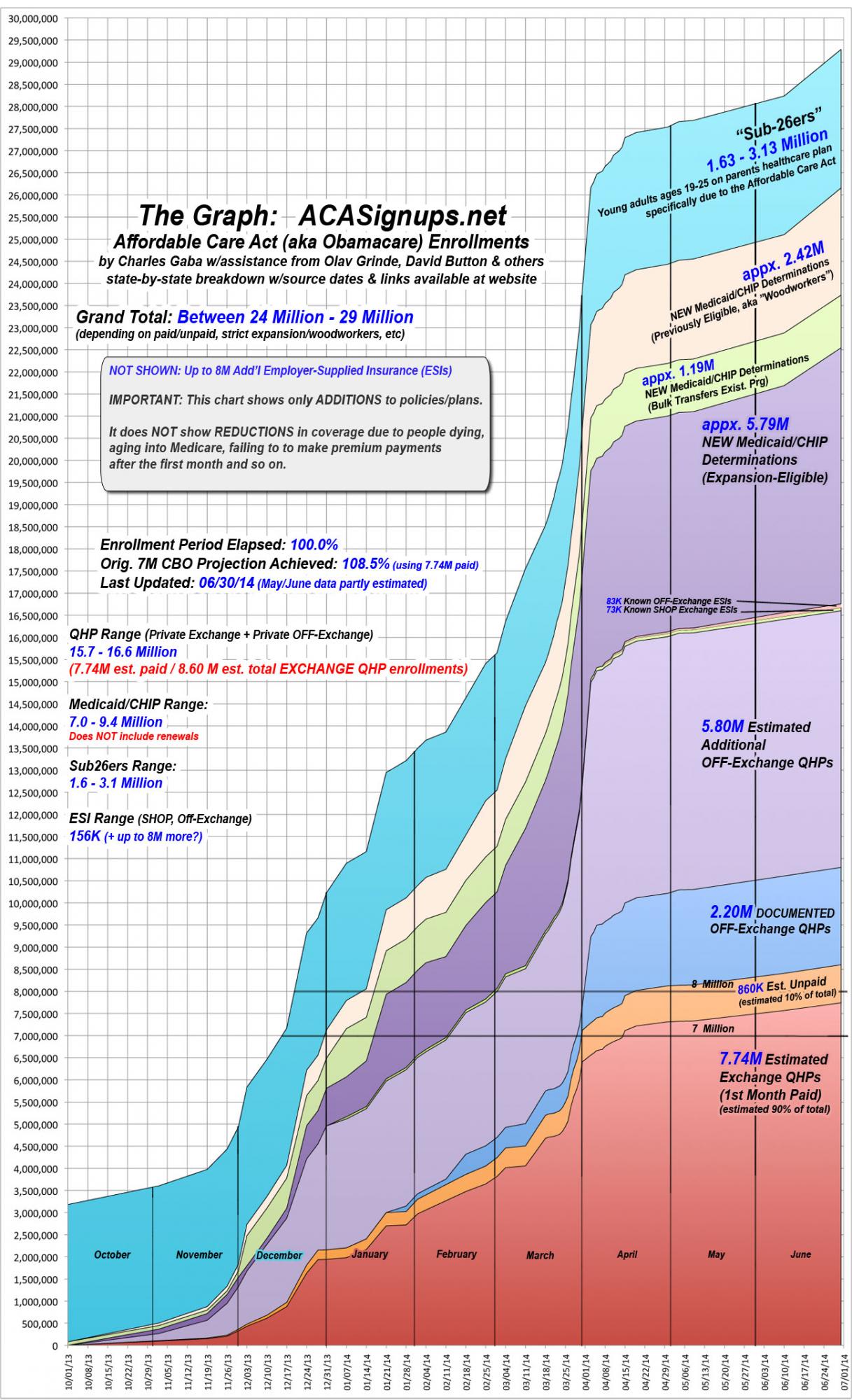