Of course, you can quibble about how many of the 9 million off-exchange QHPs were previously uninsured, or how many of the cancelled plans were swapped out with QHPs from the exchanges vs the off-exchange amount. You can quibble about whether the "sub26ers" should be 3.1 million or only 2.5 million. You can argue bout whether "woodworkers" should "count" or not (as if a massive outreach campaign which encourages previously-eligible people to enroll in a program they qualify for isn't an accomplishment to be proud of). You can argue about whether unpaid QHPs should be counted (yet) or not.

The bottom line is this: No matter how you slice it, this is a ton of people receiving decent healthcare coverage who either a) didn't have anything before or b) can no longer be dropped, denied or bankrupted by coverage that was scattershot, piecemeal or shoddy. 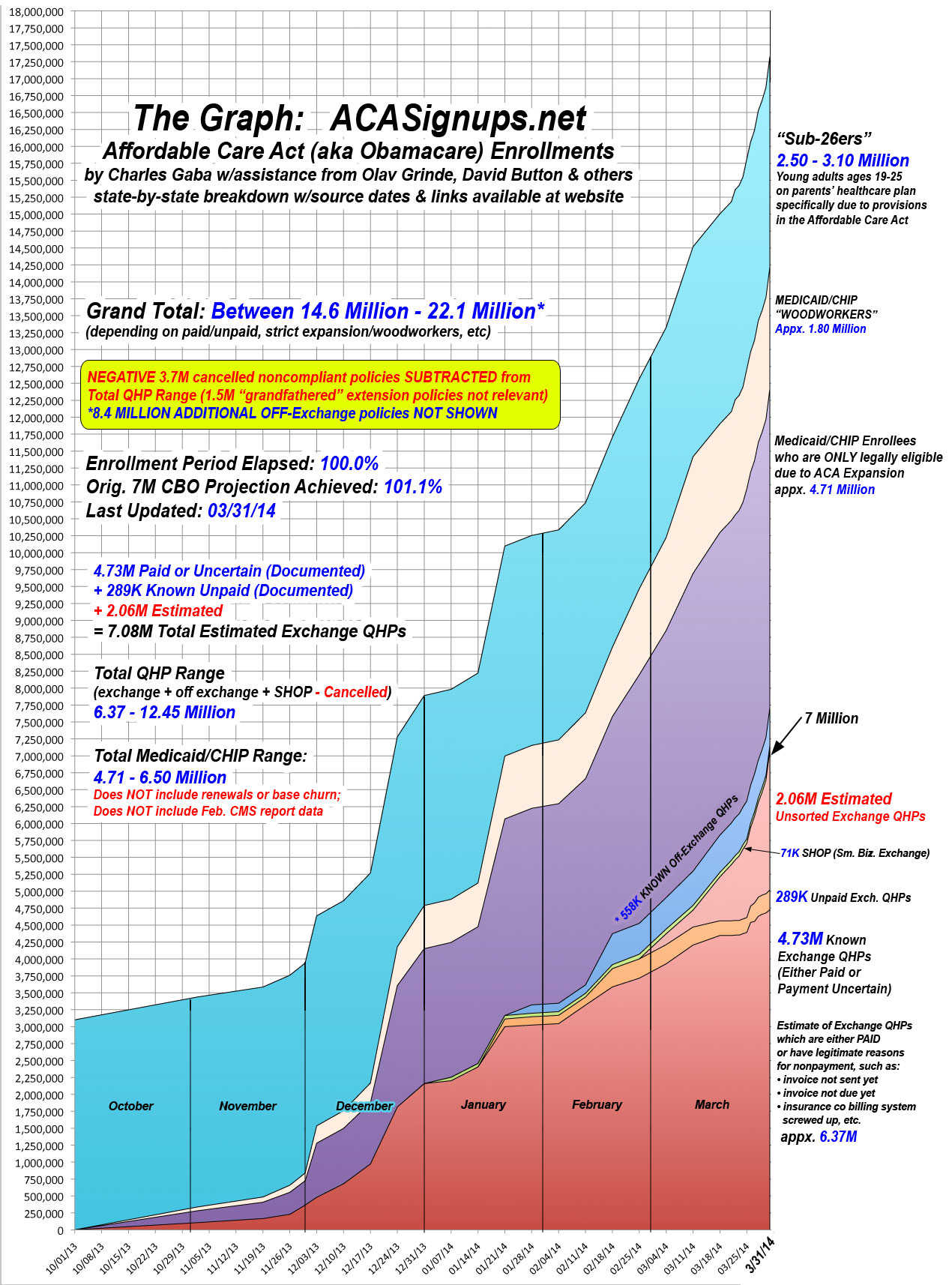