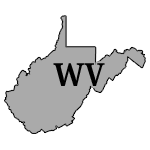 Excellent news out of West Virginia: Medicaid expansion has increased yet again, from 87,000 to 98,000 residents. This is particularly impressive considering that the total number of people in WV who are eligible for Medicaid post-expansion is about 143,000, according to the Kaiser Family Foundation.

Doris Selko, Southern Regional coordinator for the West Virginians for Affordable Health Care, said over 98,000 residents had enrolled in the Medicaid expansion by March 15 and an estimated 105,000 are expected to be enrolled by the end of the month.

Selko said three southern counties — Nicholas, Summers and Wyoming — have all enrolled over 100 percent of the anticipated enrollment numbers, and Raleigh County has enrolled 99 percent.