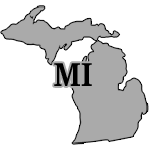 Insurers said they’ve seen a spike of activity in the days leading up to today’s deadline as open enrollment continues for insurance coverage under the federal Affordable Care Act, also known as Obamacare....

The U.S. Department of Health and Human Services (HHS) clarified in October that consumers won’t be penalized if they enroll between March 15 and March 31. But they will have to apply for an exemption from the Internal Revenue  Service when they file their 2015 taxes....

“Our (call) volumes are very high right now, so patience is necessary for consumers. They might have to be on hold for a while,” said Terry Burke, vice president  of individual business for Blue Cross Blue Shield of Michigan.

The fact that the phones at the insurance companies themselves are also ringing off the hook right now makes it even more important to hunt down the Off-Exchange Enrollments, which I still need assistance with doing.

Meanwhile, a similar story is being told in Ohio this weekend; from yesterday's Managed Healthcare Executive, which should certainly be on top of this issue:

The population signing up for coverage during the final days of open enrollment is shifting to include more private-plan members, according to a group of application counselors in Ohio. Initial waves brought Medicaid-eligible consumers as expected, but more higher income families are starting to sign up.

“We are eating, sleeping and breathing this,” says Leah Pallant, a certified application counselor in Cleveland.

Pallant sees 15 to 20 consumers a day for one-hour appointments to help them sign up for coverage through Medicaid and the federally operated healthcare.gov site. In between appointments, she works the phones to schedule more visits before the March 31 deadline. The pace has picked up exponentially in the past several days, Pallant says.

Thanks to Steve Ciccarelli for both links. If anyone has links to articles in other states which give similar anecdotal clues (whether of a surge or of one not happening), please feel free to send the link to me and I'll check it out.

While neither of the above give any hard (or even soft) numbers, it certainly sounds like The Surge has begun. As such, I'm moving my "March Surge Factor" addition to the projection table up from Monday to today. I'm starting with an assumption of a 20% gain in the 2nd half of the month over the 1st half, which would make March QHPs around 1.55 million for a grand total of 5.79 million.

I'll be adjusting the Surge Factor up or down daily as new data and info comes in, and the current daily average estimate will be bouncing around as well, so keep watching the numbers... 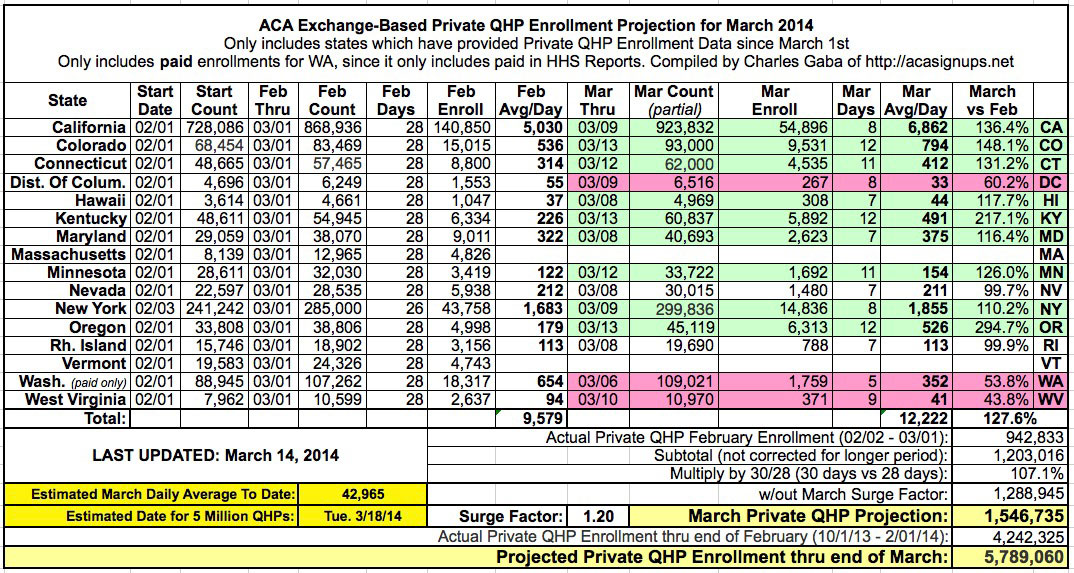 In addition, if you visit Healthcare.gov today, you're presented with the following add-on message: "During times of especially high demand, you may be queued to begin your online Marketplace application to ensure the best possible shopping experience."