So, the American Rescue Plan includes two important provisions whch I've been fighting for for years: #KillTheCliff and #UpTheSubs. The only downside is that, for now at least, these ACA enhancements are only included for two years (including 2021...the beefed-up & expanded subsidies are retroactive to January 1st of this year).

As a reminder (this is like the 20th time I've posted a table like this), here's the official ACA subsidy formula compared to the improved formula under the American Rescue Plan (ARP): 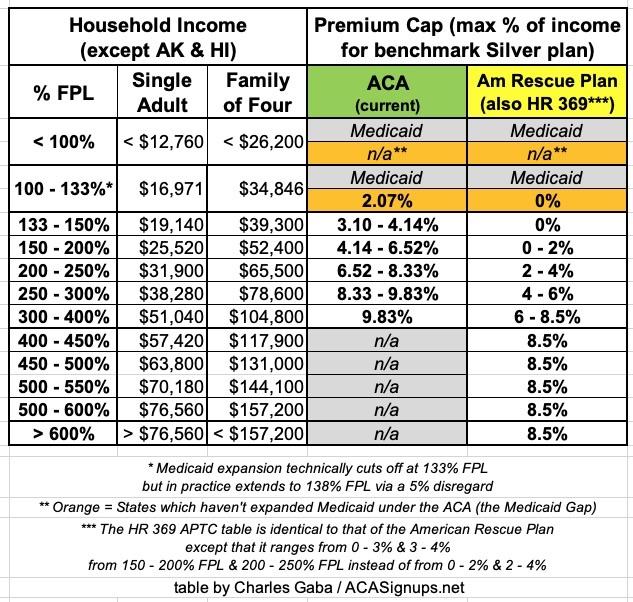 Note: The Federal Poverty Level (FPL) is 15% higher per household in Hawaii and 25% higher in Alaska.