Last week I noted that the Centers for Medicare & Medicaid Services (CMS) finally released their first 2023 Open Enrollment Period report, which included 3.0 million Qualified Health Plan (QHP) enrollees through 11/19/22 for the 33 states hosted by HealthCare.Gov plus another 387,000 QHP enrollees via the 18 state-based ACA exchanges.

In a footnote, the press release also noted that around 1.07 million New Yorkers have enrolled in NY's ACA-created Basic Health Plan (BHP) program, which is designed specifically for people who earn between 138% of the Federal Poverty Level (FPL) (the cut-off for ACA-expanded Medicaid eligibility) and 200% FPL.

Currently, there's only one other state which has a BHP program established for this population: Minnesota, whose MinnesotaCare program was around pre-ACA but which has been retooled & is now funded by the Affordable Care Act...although two more states, Kentucky and Oregon, are also expected to launch their own BHP program in the next year or so.

When you add the MNcare enrollment to the total, along with the updated Connecticut enrollment data from a few days ago, the grand total of confirmed QHPs + BHPs nationally comes to 4,657,724 people, although I'm pretty confident that the actual total as of today is well over 5 million. 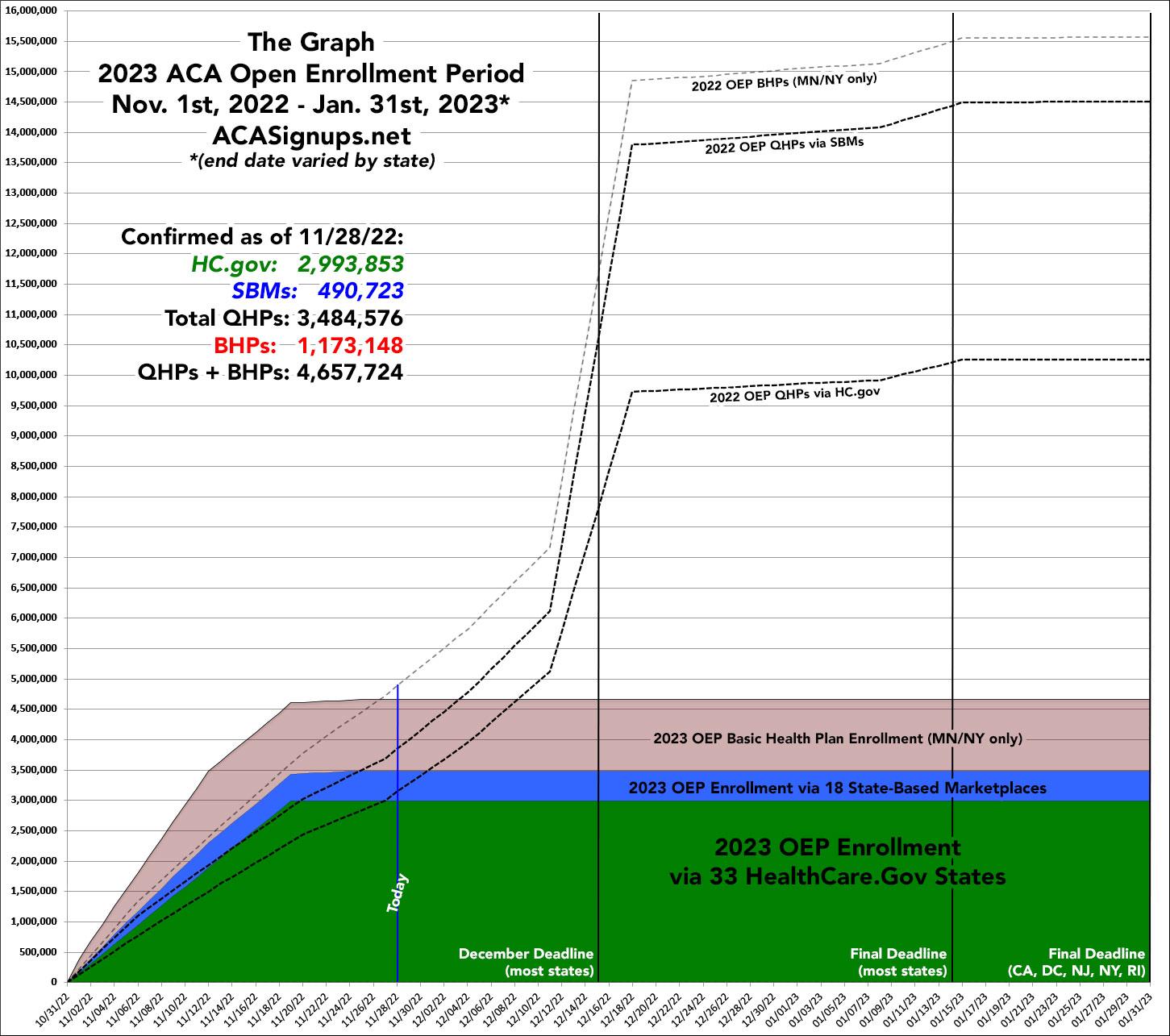