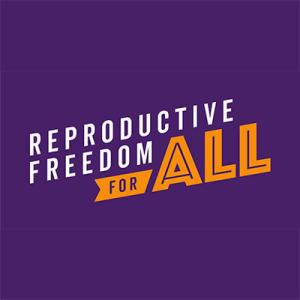 This ended up being a precursor of last week's midterm election, where voters in five other states--including two other red states, Kentucky and Montana--either baked abortion rights into their state constitutions or rejected attempts to make the voluntary medical procedure illegal. Via CNN:

Voters in key states on Tuesday made their support for abortion rights clear, affirming a months-long push by Democrats to act on a number of ballot measures in the wake of the Supreme Court’s decision overturning Roe v. Wade.

Several states moved to enshrine abortion protections in their constitutions and others rejected proposals to limit abortion access or criminalize doctors in some cases. Democratic lawmakers and organizers cast the midterm elections as a referendum on Republican efforts to limit women’s choices, and the notable electoral reaction could serve as a warning sign for future GOP efforts to restrict the procedure at the state-level.

Constitutional Right to Reproductive Freedom: The State Constitution would be amended to protect a person’s reproductive freedom “in their most intimate decisions,” including the right to abortion and contraceptives.

An amendment would state there is no right to abortion, or any requirement to fund abortion, in the State Constitution.

The proposal would create a state constitutional right to reproductive freedom, including decisions “about all matters relating to pregnancy,” such as abortion and contraception.

The measure would enact a law making any infant “born alive” at any gestational age a legal person, a protection that already exists under a federal law passed 20 years ago. It would criminalize health care providers who do not make every effort to save the life of an infant “born during an attempted abortion” or after labor or C-section. Doctors say they are concerned that the law will limit palliative care for infants who are born but will not survive.

The proposal would create a constitutional right to personal reproductive autonomy.