The Elephant in the Room, April Edition 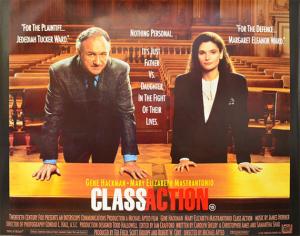 It's been another month since my last attempt to estimate a grim but vitally important number: Just how many Trump voters vs. Biden voters have become fatal victims of the GOP/FOX News coordinated anti-vaxx/anti-mask campaign to date, and what sort of impact might this end up having on the midterm elections this November?

Over 750,000 Americans have died of COVID-19 since the 2020 election, but assuming the death rate is similar among adults who voted and those who didn't, only around 70% of them actually voted in the 2020 general election. Besides children under 18 and undocumented immigrants, the sad reality is that there are tens of millions of American adults who are eligible to vote but either aren't registered or are registered but don't cast a ballot every election cycle.

In fact, as of a few days ago, COVID deaths since the 2020 Election were running more than 2.6x higher in the reddest tenth of the country than the bluest tenth. 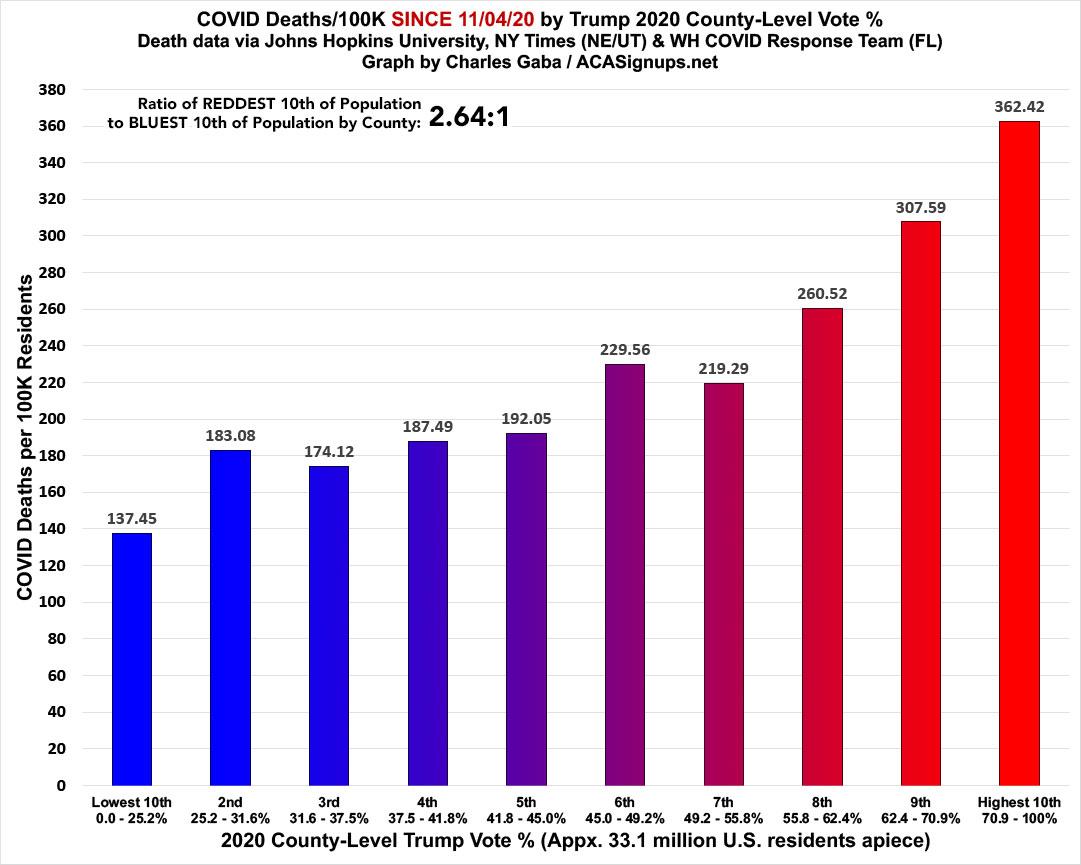 If accurate, the high-end estimate would mean roughly 72% more Trump voters than Biden voters have died of COVID since the 2020 election: 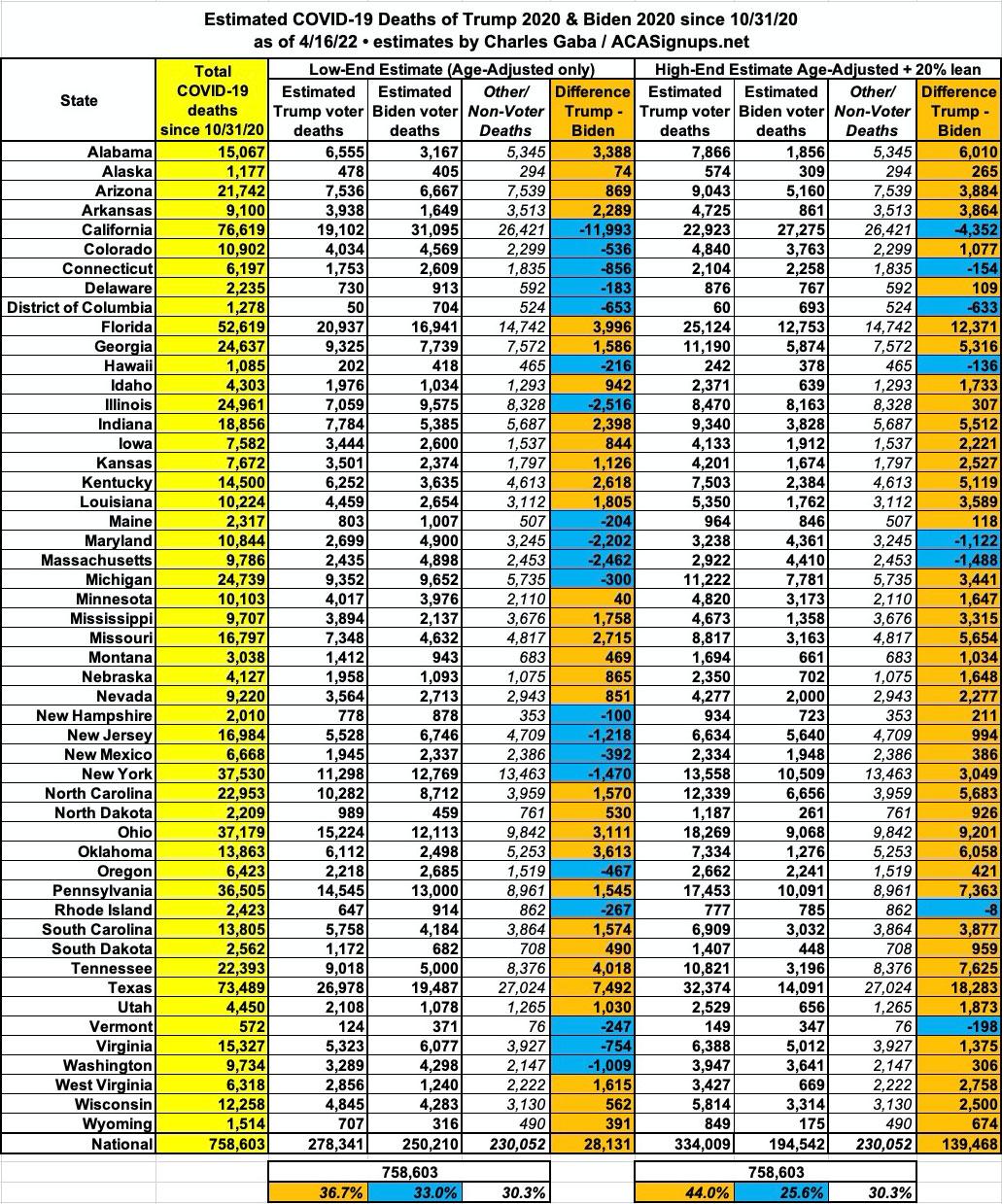