After nine years, CMS finally says to hell with it & allows grandmothered plans to stick around indefinitely 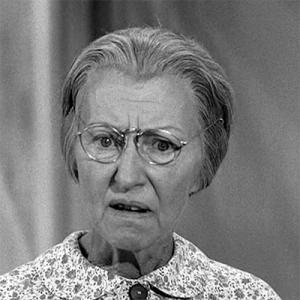 It's been several years since I've written anything substantive about "grandfathered" or "grandmothered" (aka "transitional") individual market healthcare policies. As a quick refresher:

The way this program worked, it was up to individual states whether they would rip the band-aid off all at once (terminating noncompliant plans as of 12/31/13 as originally scheduled), or bumping the deadline out by one, two or even three years. Some states chose to stick with the original deadline, a few chose one or two years, and most chose to bump it out as long as possible:

Even in the states which did allow "grandmothered" plans, not every carrier chose to continue to offer them, resulting in the deadline for these plans spreading out from as early as 12/31/13 to as late as 9/30/17.

Since then, it's become a bit of a running joke, as each year the Centers for Medicare & Medicaid Services (CMS) has extended the deadline out...by another year, and another, and another...even as the number of people actually enrolled in these policies dwindled by sheer attrition.

In 2013--the last year before ACA compliance became mandatory for all newly-offered individual market major medical policies--there were over 10 million people enrolled in either grandfathered or grandmothered plans.

By 2017, the Kaiser Family Foundation estimated that combined grandfather/grandmother total enrollment was down to perhaps 2.1 million people nationally.

A year later, in 2018, I attempted to piece together the total grandfather/grandmother enrollment on a state by state basis and came up with an estimate of perhaps 1.7 million or so.

Beyond that, I haven't really looked into either of these groups, but I figure they've likely fallen (combined) below the 1 million mark as of spring 2022.

In any event, after nine years of kicking the "grandmothered plan ball" down the field one year at a time, Louise Norris reports that CMS has finally decided to face the inevitable and justs extend the deadline permanently:

HHS subsequently issued additional extensions each year, giving grandmothered plans a one-year reprieve each time. The most recent extension was issued in March 2022, allowing — again, at each state’s discretion — grandmothered plans to renew “remain in effect until CMS announces that coverage renewed under this non-enforcement policy must come into compliance with the relevant requirements.” In other words, CMS has issued an open-ended extension, instead of the one-year-at-at-time approach that they had been using since late 2013.

As has always been the case, additional oversight of grandmothered plans is up to each state. Although the federal government is allowing these plans to continue to renew for the time being, a state can choose to require grandmothered plans to terminate and be replaced with ACA-compliant coverage. And even if a state allows grandmothered plans to continue to renew, a health insurer can decide to terminate these plans and replace them with ACA-compliant coverage. This becomes more likely over time, as the number of people enrolled in these plans dwindles (since new enrollees can no longer enroll in these plans), enrollees get older, and the administrative costs can no longer be justified.

Since no new enrollees can be added to these policies, sooner or later the existing ones will either die or transition to Medicare, Medicaid, employer coverage or an ACA-compliant policy, shrinking your risk pool. Meanwhile, those who have stuck around since 2013 are now 9 years older, which means they're almost certainly more expensive to provide coverage for.

Eventually you'd end up with an administrative system trying to handle claims for a tiny number of enrollees, eating into any profitability for doing so. This last point is actually also the case for grandfathered plans as well (those enrollees are now 12 years older). In August 2017, for instance, Blue Cross Blue Shield of North Carolina announced they were dropping coverage for around 50,000 enrollees who were still enrolled in their grandfathered plans...not because they legally had to do so, but because it was costing them too much to cover them.

While it might have made sense for CMS to yank the band-aid off on grandmothered plans back in 2014 or 2015 in order to push more people over to ACA compliant plans (thus improving its risk pool), at this point it's become somewhat moot. Again, there's likely only a few hundred thousand still enrolled in them anyway, all of whom will gradually move elsewhere one way or another. This was the right decision under the circumstances.

Having said that, I should probably take another crack at estimating the totals for each. For instance, just today the Iowa Insurance Dept. sent out a notice about this exact issue, noting that:

“I appreciate federal authorities listening to Iowa and providing flexibility to the Iowa Insurance Division to extend transitional policies indefinitely. Without this option, roughly 58,295 Iowans would be forced off their healthcare plans. These thousands of Iowans have renewed their transitional insurance plans that were originally purchased prior to 2014.