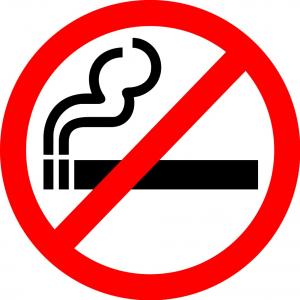 Way back in the Before Times® of 2015, fellow healthcare policy wonk Andrew Sprung (aka Xpostfactoid) posed an interesting question:

Do any ACA marketplace enrollees (or off-exchange enrollees for that matter) actually confess to being smokers? Why would you?

Before the Affordable Care Act, insurance companies could use medical underwriting, along with the threat of rescission, to tell whether a new policy applicant was being truthful or not about their smoking status. Under the ACA, it's illegal for insurance companies to ask any questions about your health or medical history or pre-existing conditions which you might have...with a few exceptions, the main ones being a) whether anyone on the policy is pregnant and b) whether anyone on the policy is a smoker. (The question re. pregnancy can't be used to either deny coverage or charge more for it; I believe that's only included to determine whether the pregnant woman is eligible for Medicaid instead of subsidized ACA coverage).

Here's a summary of the smoking situation under the ACA:

Although insurers can’t charge more for health status, they can charge up to 50% more for smoking status. On the flip side of this ObamaCare includes smoking cessation therapy (including medication) as a free preventive service on all non-grandfathered plans sold since September 23, 2010.

The 2nd-to-last bullet above is the real killer (no pun intended): The smoker surcharge is not included when your tax credits are calculated. Here's an example of how big a difference this can make: A 50-year old single adult earning $30,000/year in Oakland County, Michigan. It's important to note that Ambetter appears to only charge a 15% smoker surcharge, far less than the 50% that they're allowed to under the Affordable Care Act:

At full price, the premium would be $465/month for a smoker, 15% higher than the $404/month the same enrollee has to pay if they don't smoke.

At $30K/year, however, this enrollee would receive the same $322/month tax credit either way. While this drops the net premium dramatically in both scenarios, it would now cost them 74% more if they check off the "smoker" box than if they don't, because that extra $61/month is applied no matter what their income is.

As Sprung asked nearly seven years ago: How many smokers signing up for individual coverage--whether on or off the ACA exchanges--are actually being honest about their response? I don't recall seeing any information about this in any of the official HHS Dept. ASPE reports, and even at the state exchange level, I don't think the percentage/number of smokers has been included even in highly detailed enrollment reports.

The discussion in response to his question at the time ranged from "I dunno" to "I think you just have to pay the back tobacco surcharge if they find out". It'd be interesting to learn the answer.

According to the Centers for Disease Control:

Cigarette smoking remains the leading cause of preventable disease, disability, and death in the United States, accounting for more than 480,000 deaths every year, or about 1 in 5 deaths.

In 2020, nearly 13 of every 100 U.S. adults aged 18 years or older (12.5%) currently* smoked cigarettes. This means an estimated 30.8 million adults in the United States currently smoke cigarettes. More than 16 million Americans live with a smoking-related disease.

The good news is that...

*Current smokers are defined as people who reported smoking at least 100 cigarettes during their lifetime and who, at the time they participated in a survey about this topic, reported smoking every day or some days.

Current cigarette smoking was highest in uninsured adults and adults insured by Medicaid and lowest in adults with private insurance.

I'm not going to delve into the dynamics of higher smoking rates among the uninsured and Medicaid populations in this piece. I'm focusing purely on thr 9.2% of private insurance enrollees who smoke.

Unfortunately, this study doesn't distinguish between those with private employer-based health insurance (which is something like 45% of the total U.S. population) and those with individual market health insurance (which is less than 5% of the U.S. population), but assuming the ratio is similar, that means something like 1.3 million ACA exchange enrollees (out of the ~14 million total effectuated) are smokers, give or take.

OK, so setting aside the "just lie about it" factor, what's the actual impact of the ACA's tobacco surcharge in practice?

Well, back in 2016 there was a big study published at Health Affairs on this very issue which concluded:

The results in Exhibit 3 under model 1 are from the regressions used to generate Exhibit 2 . These results represent the differential impact of surcharge size on smokers’ 2014 insurance coverage, relative to the effect on smokers in the zero-surcharge group. Regardless of age group, low surcharges yielded a statistically insignificant drop in smokers’ health insurance take-up in 2014, relative to the zero-surcharge group. These effects grew and became statistically significant as surcharge levels rose, reaching −11.6 percentage points in the group with a high surcharge. At every surcharge level, effects were even larger in the subsample younger than age forty.

OK, so as you might expect, a draconian surcharge strongly discouraged potential enrollees from signing up for health insurance coverage. If your primary goal is to get as many people healthcare coverage as possible, that's bad. If your primary goal is to keep the risk pool healthier by weeding out more at-risk enrollees...well, mission accomplished, I guess. The problem is that this runs completely contrary to one of the major points of the ACA.

In addition, ironically, the higher tobacco surcharges may actually backfire even on the risk pool level:

...While reduced insurance take-up is not a surprising response to higher surcharges, it is concerning. Smokers were 7.3 percentage points less likely than nonsmokers to have coverage...so smokers’ enrollment is critical to achieving universal coverage. Moreover, as younger adults’ enrollment in exchange plans is important for risk pooling, the large effects found among smokers younger than age forty may have broad implications for the long-term stability of Marketplaces in states with high surcharge levels.

As for the other reason given for including a tobacco surchage--helping goad people into quitting smoking:

...Among the groups with zero, medium, or high surcharges, the exchange implementation’s effects on smoking cessation were neither substantive nor statistically different from each other. However, relative to members of every other surcharge group, those facing low (but nonzero) surcharges were significantly less likely to quit smoking. Among the nonzero-surcharge groups, the fact that those with higher surcharges showed a greater likelihood of quitting than the those in the group with low surcharges, despite having no gains in coverage, suggests a direct response to surcharge size (that is, a tendency to respond to a high smoking penalty by quitting, conditional on the imposition of a nonzero penalty).

...However, neither of these competing mechanisms explains why people with low surcharges exhibited a decline in smoking cessation relative to those with no surcharge, when both groups showed similar increases in insurance coverage ( Exhibit 3 ). One possible explanation is that putting a price on bad behaviors can alleviate the guilt of engaging in them, which has an unexpected effect: The behaviors increase. In one famous illustration, instituting a fee for late pick-up at an Israeli day care center resulted in more, not fewer, tardy caregivers.

The study also addressed the "improve the risk pool" factor and finds an ugly "bonus" under the surface for carriers:

...One purpose of the surcharges is to have tobacco users pay for the excess health costs associated with their smoking. Yet Kaplan and coauthors found that surcharges were often significantly greater than smoking’s added health care costs. As people with psychological distress or depression have much higher smoking rates than those without mental health conditions (34 percent versus 17 percent), some insurers could be using the tobacco surcharges to discourage enrollment by patients with high-cost conditions. If the risk-adjustment mechanism in a state’s exchange does not adequately compensate plans for these disease states, insurers may profit by encouraging such adverse selection.

Thus, an unintended consequence of tobacco surcharges may be reduced coverage (or unfairly high premiums) for some individuals with persistently high health care costs unrelated to their tobacco use. Such individuals might have benefited greatly from gaining coverage. When considering the effects of tobacco surcharges, policy makers should account for such costs.

Of course that was in 2016, some six years ago. What about today? Well, a similar, updated study was published at Health Affairs just last month, and while it's not publicly available, the conclusion seems to be pretty much the same:

As it happens, while the ACA itself currently allows up to a 50% smoking surcharge, there's nine states + DC which either restrict it to less than 50% or which don't allow any tobacco surcharge at all...some of which may be surprising:

(Connecticut has a 50% tobacco surcharge cap but that's the same as the ACA's so it's not terribly relevant here).

Well, in light of the two studies I highlighted above, it looks like at least two more states have been paying attention as well.

In VIRGINIA, as reported by Louise Norris over at healthinsurance.org:

Confirm the tobacco factors are within the required 1.5:1 range for small group offerings. Explain differences in the tobacco use factors from the prior approved filing. Provide support for the tobacco use calibration.

In other words, the 50% surcharge is staying in place for New Mexico's small group market (for now), but it's being eliminated for the individual (ACA exchange) market starting next year.

Hopefully more states will follow, and it'd be helpful if the ACA itself was revised to eliminate the tobacco surcharge across every state. Not vital, but helpful.