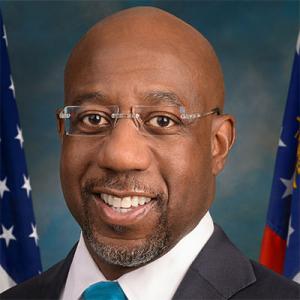 “Our country should never allow for our seniors to have to ration or skip the medication they need because they can’t afford it,” said Senator Reverend Warnock. “That’s why I’m proud to introduce the Capping Drug Costs for Seniors Act to cap seniors’ out-of-pocket prescription drug costs at $2,000 a year. This legislation puts a higher cost burden on greedy drug manufacturers, who are making record profits while Georgians are skipping meals and rationing drugs to stay alive. I’m working to get this legislation over the finish line as soon as possible. Georgians can’t wait another day for more affordable drugs, and Congress shouldn’t wait another day to act.”

The Capping Drug Costs for Seniors Act would:

Senator Reverend Warnock is a proud advocate for Georgia’s aging population, and has pushed to invest in elder care, defend Social Security and Medicare, and protect Georgia seniors from COVID-19. The Senator urged both the White House and Congressional leaders to support strong federal investments in home care so that the nearly 8,000 Georgians on waiting lists for home care can finally get the care they need. Senator Warnock voted against and strongly oppose privatizing or cutting Social Security and Medicare. Additionally, the Senator supported a provision in the American Rescue Plan to provide nursing homes with personal protective equipment, testing supplies, and support for staffing needs. Lastly, Senator Warnock championed the American Rescue Plan, which provided $20 billion to improve COVID-19 vaccine administration and distribution.

The Capping Drug Costs for Seniors Act is the Senate companion bill to Congressman Horsford’s legislation.