This wasn't the case at all for most of the summer and fall, when cases in low-vaccinated counties were running 4x or more higher than high-vaxx counties...but the infection gap was almost entirely wiped out during the Omicron wave in December - February. At this point, the least-vaccinated tenth of the country is only running 15% higher than the most-vaccinated tenth in terms of case rates: 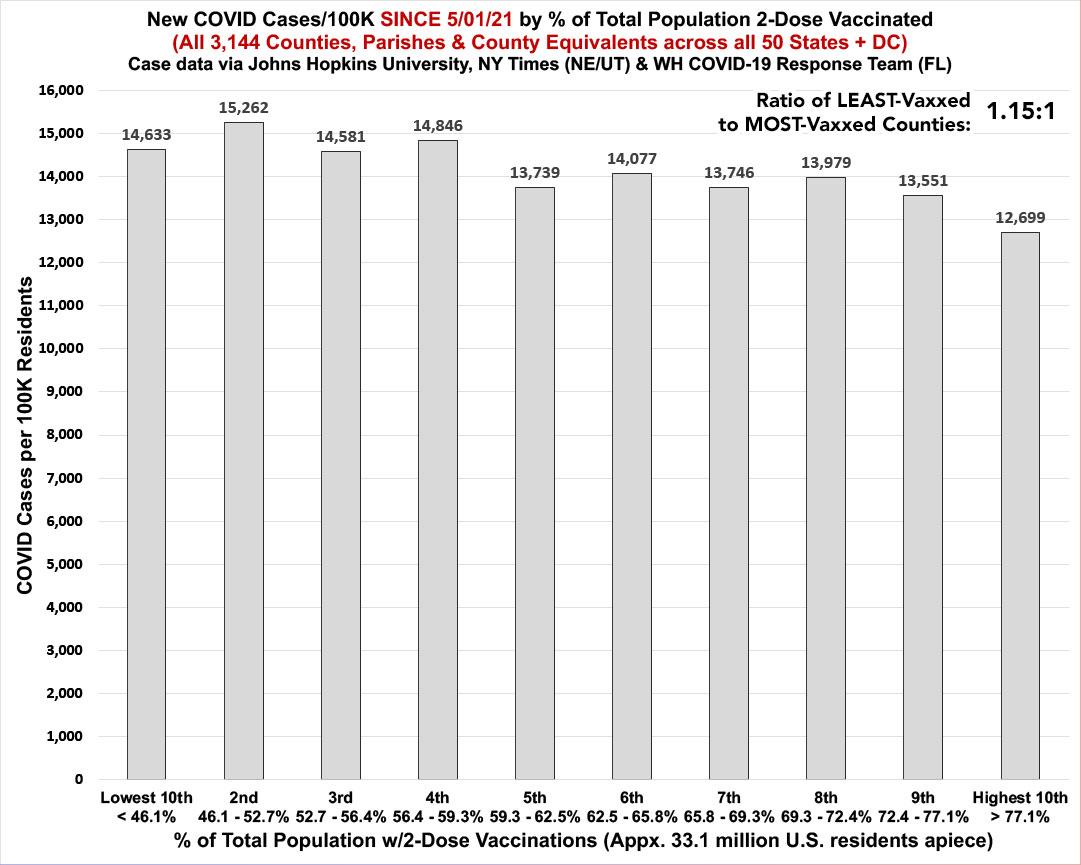 The same is pretty much the case when looking at case rates by red/blue partisan lean...they're still running just 26% higher in the reddest tenth of the country than the bluest, which doesn't seem to signify much... 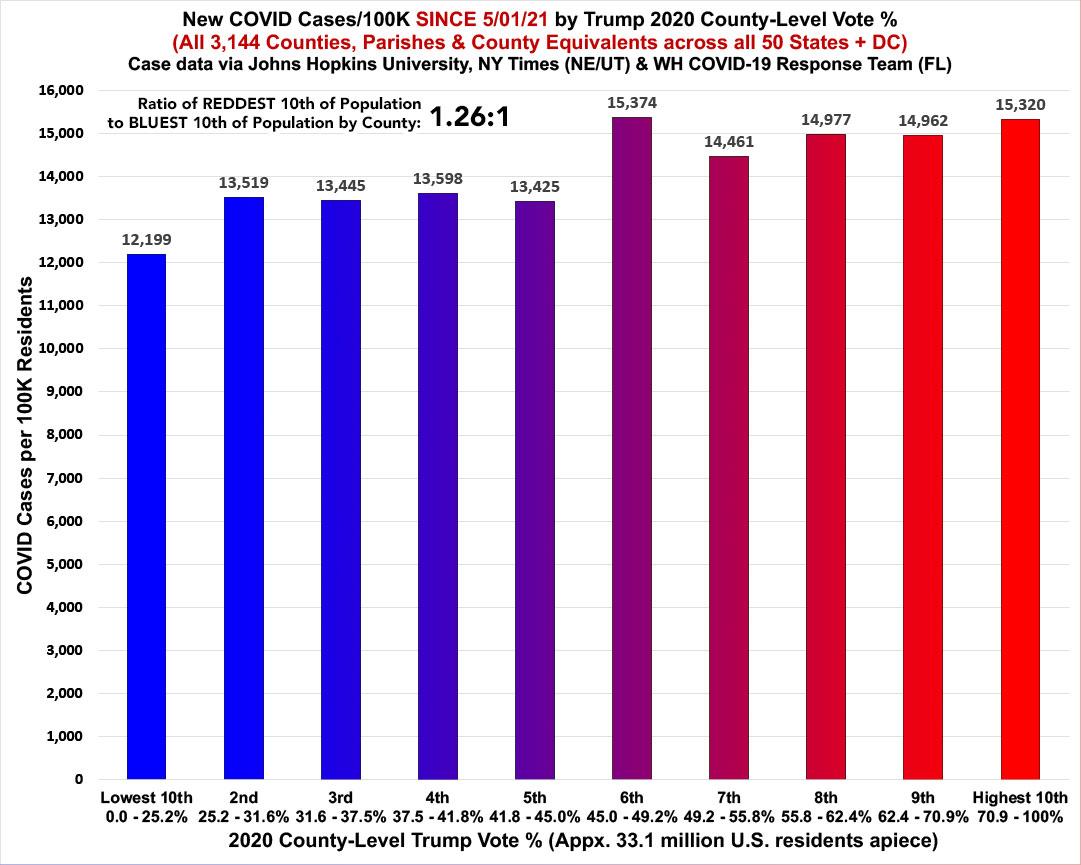 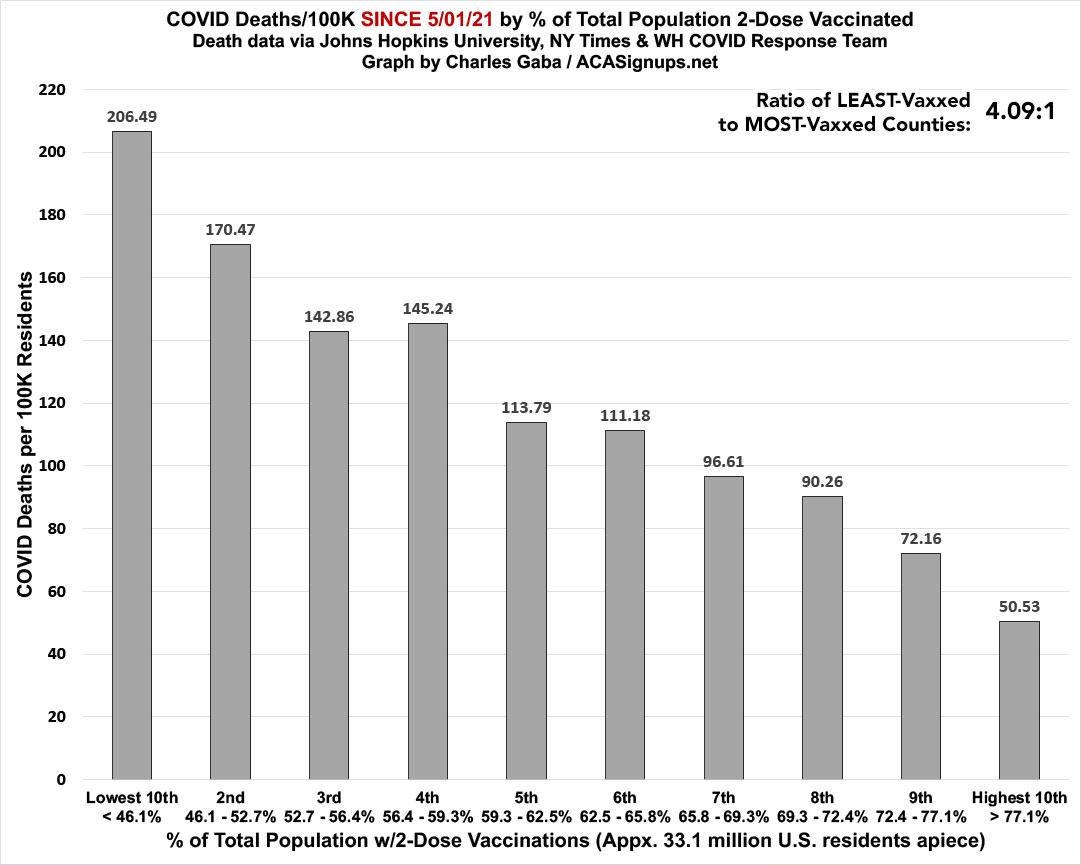 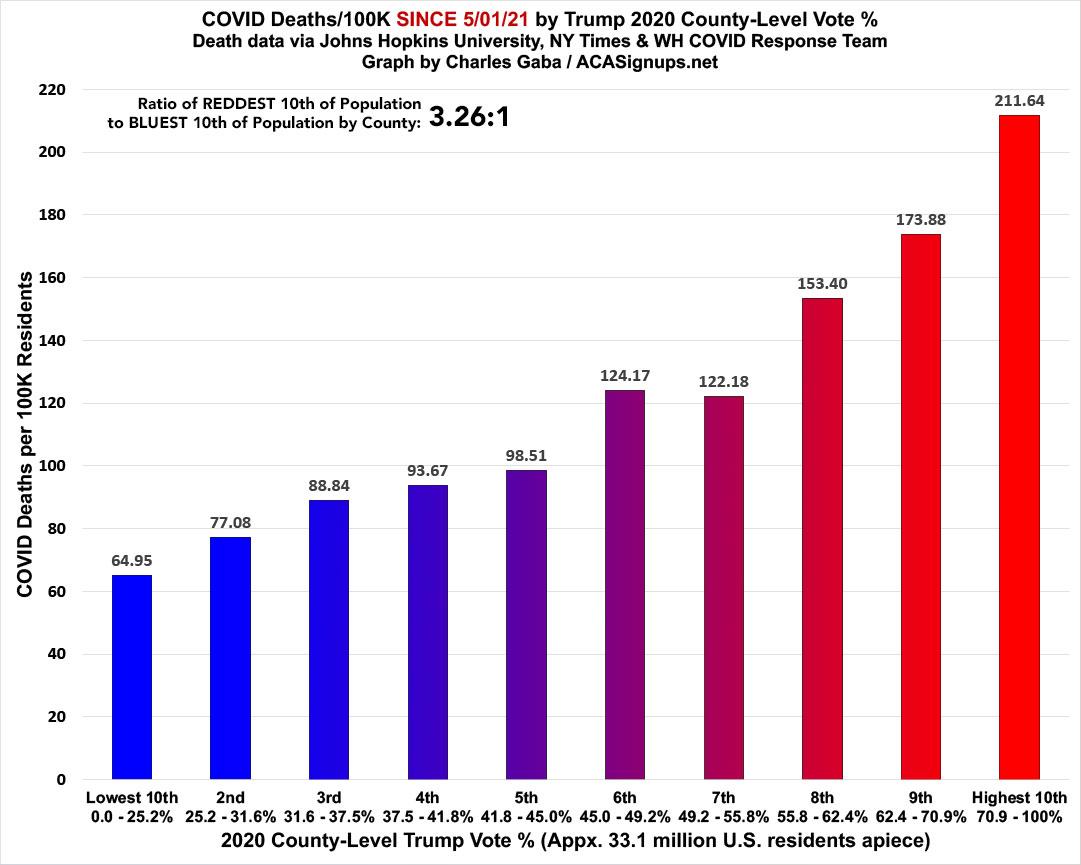 Here's scatter-plot versions of the county-level death rates since 5/01/21 by vaccination rate and 2020 partisan lean: 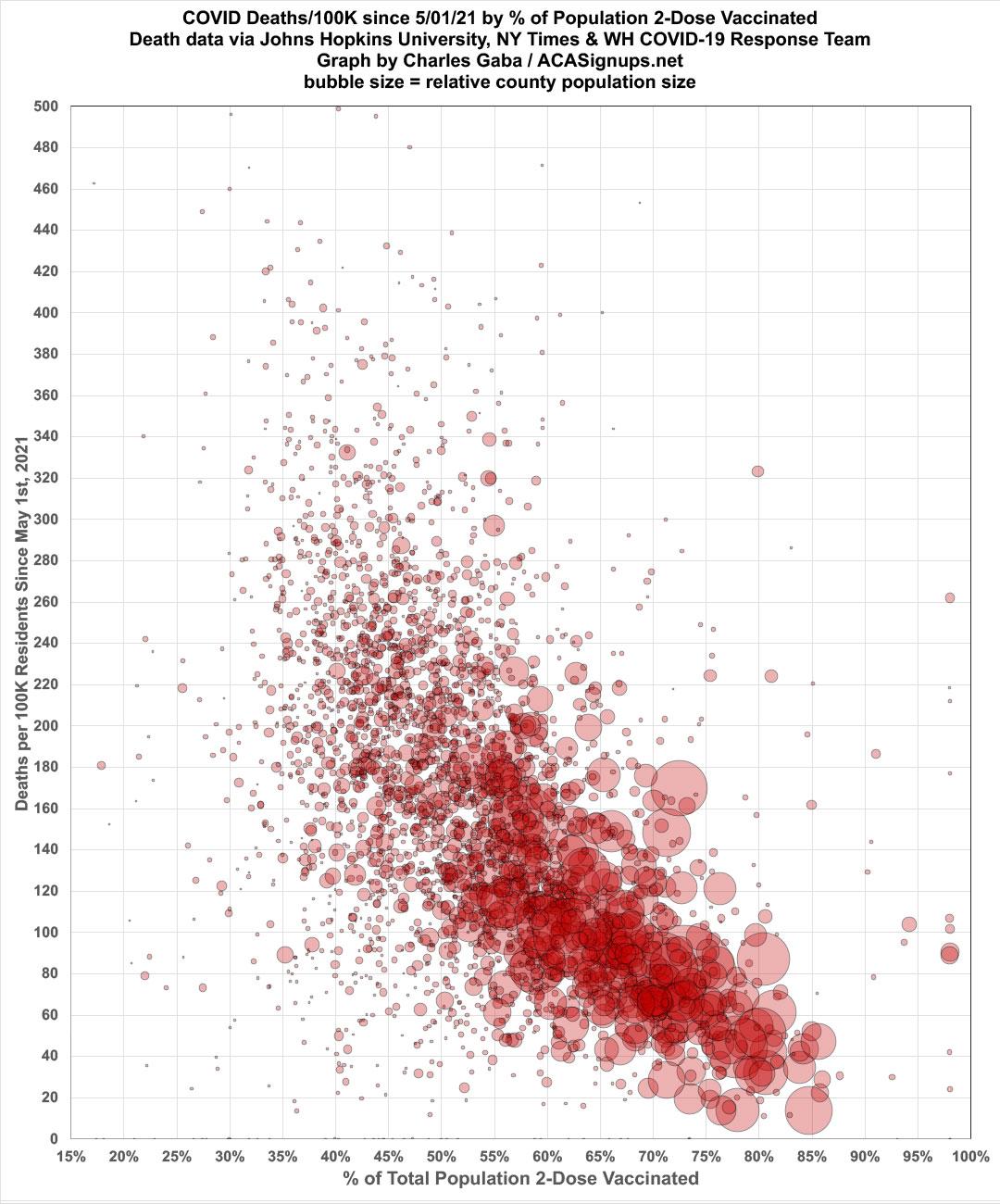 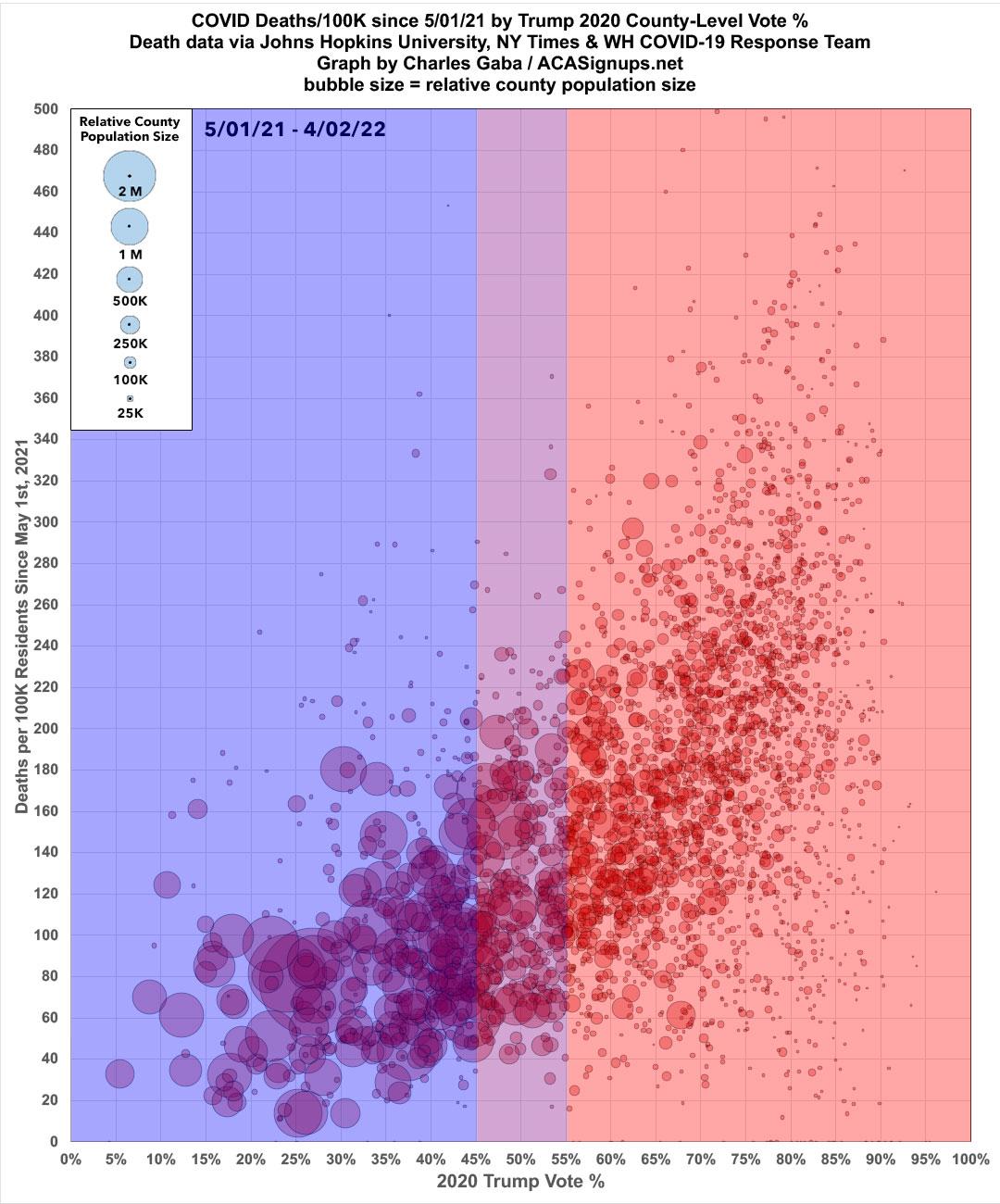 The graph below shows how the ratio of case and death rates in the reddest and bluest deciles have changed over time. The gap reached a peak of 4.5x higher at the height of the Delta wave last fall before dropping significantly during the Omicron wave...but since then it's flattened out and is now moving back up again. Note that the small bump a couple weeks ago was due to a one-time data adjustment by the Massachusetts Health Dept.: 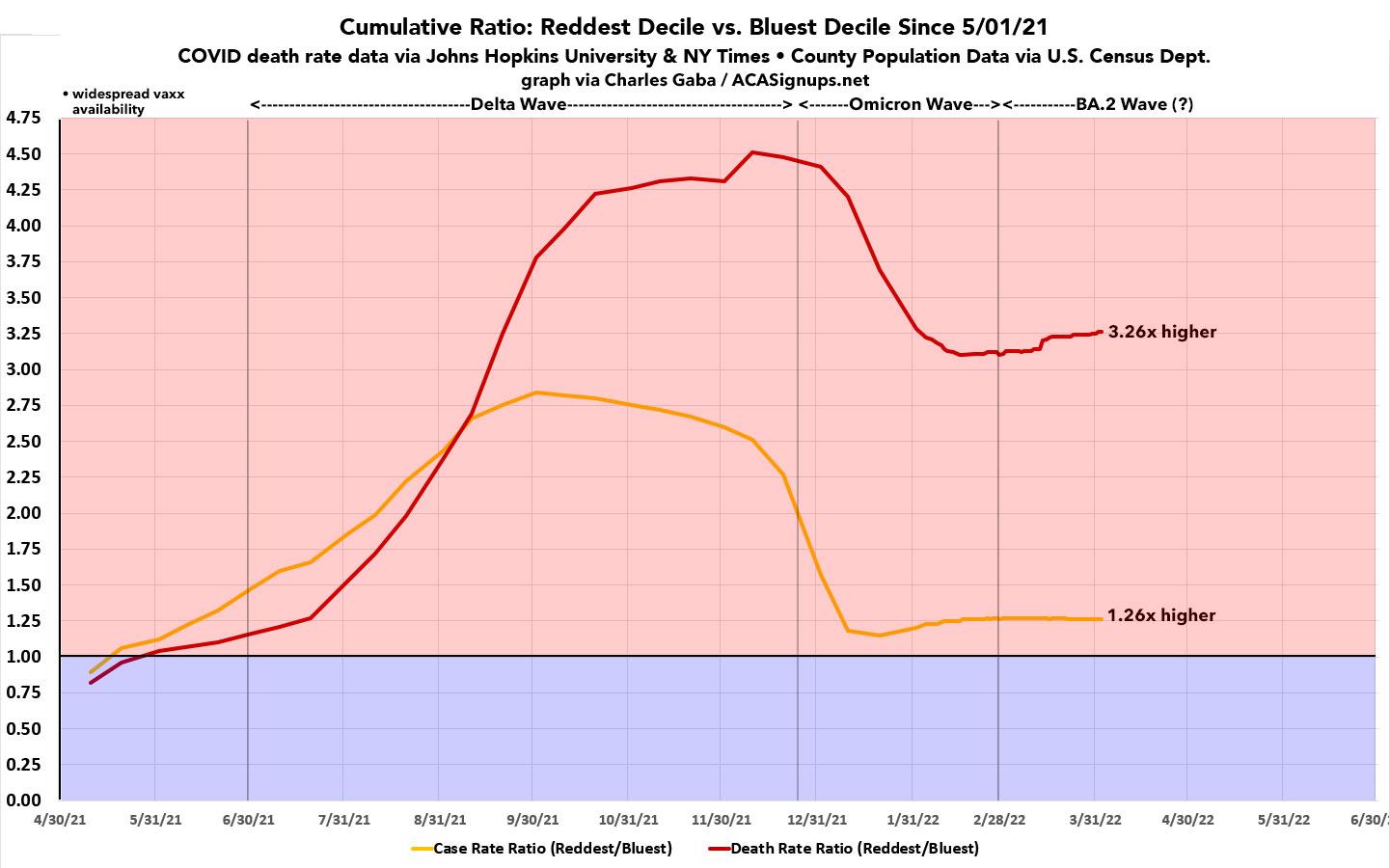 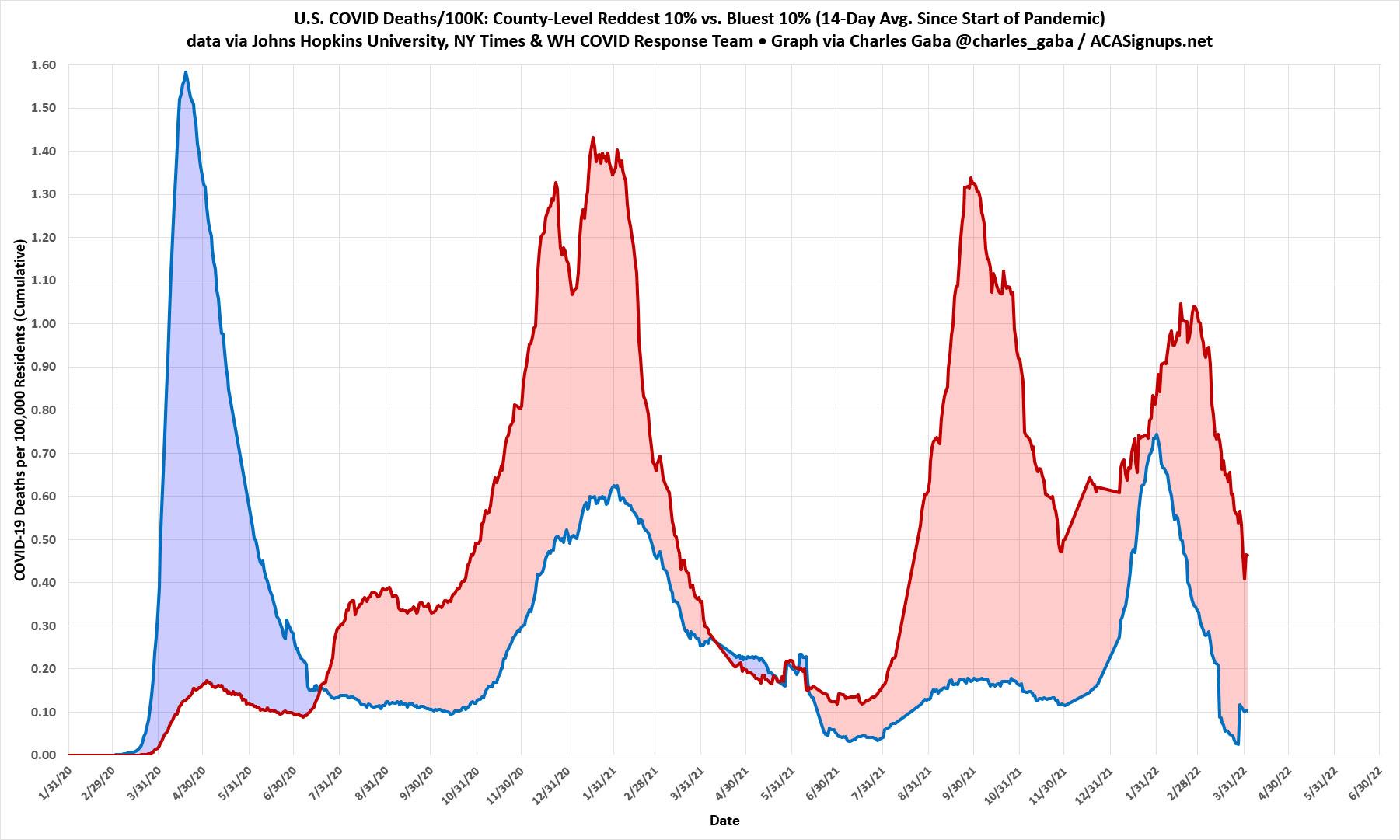