Time to check in on COVID deaths at the *state* level again...

For a long time now, I've been tracking & graphing COVID data at the county level, which provides a more granular look at how things are progressing on both the vaccination front as well as in terms of case & death rates. After all, there are plenty of other sources tracking & reporting state-level data.

However, once in awhile it's not a bad idea to step back and compare the two, which I'm doing today.

With that in mind, here's both the county-level and state-level COVID death rates since May 1st, 2021 (the point at which all U.S. adults were eligible to get vaccinated), broken out by 2020 partisan lean. First, here's the county-level graph: 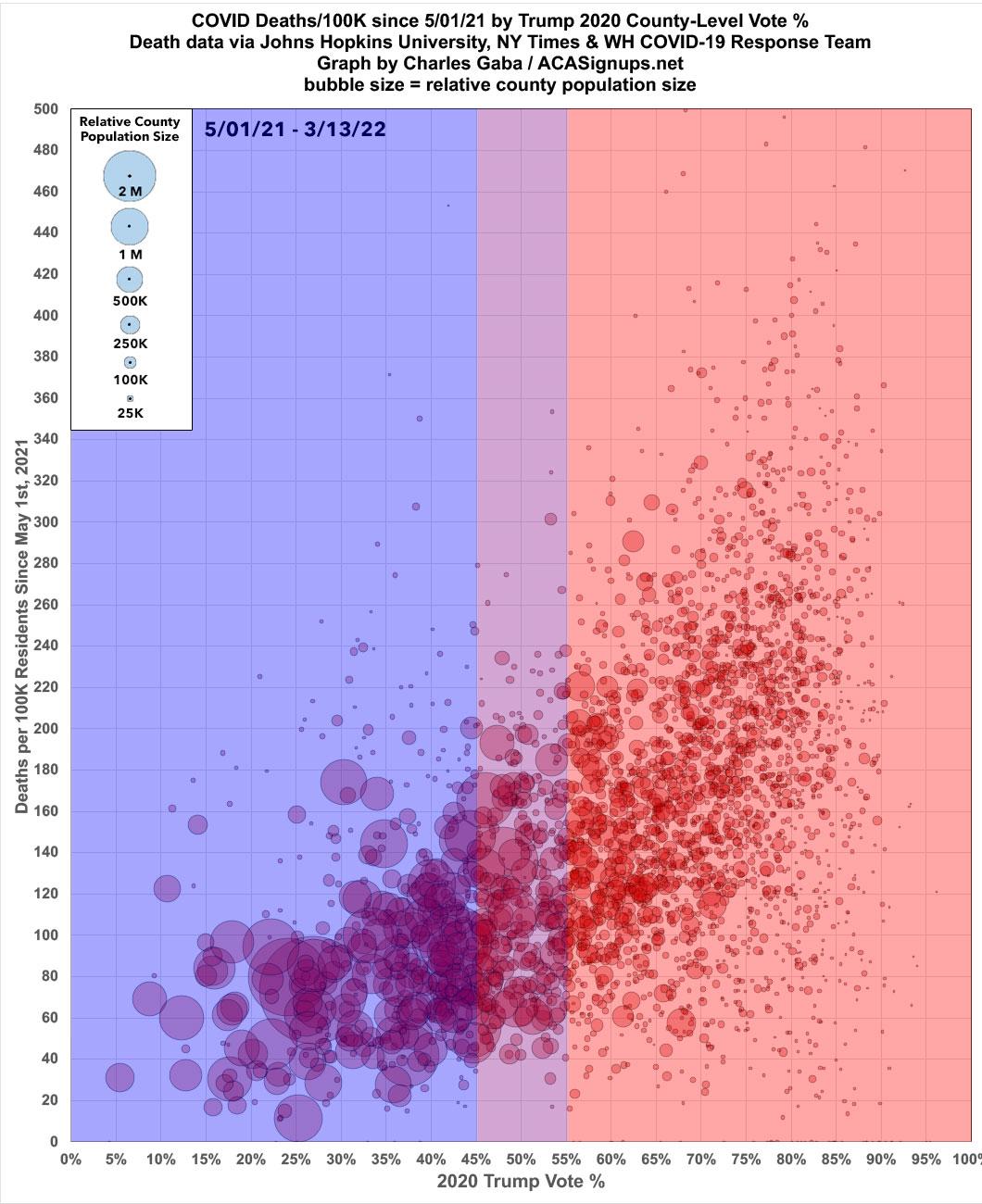 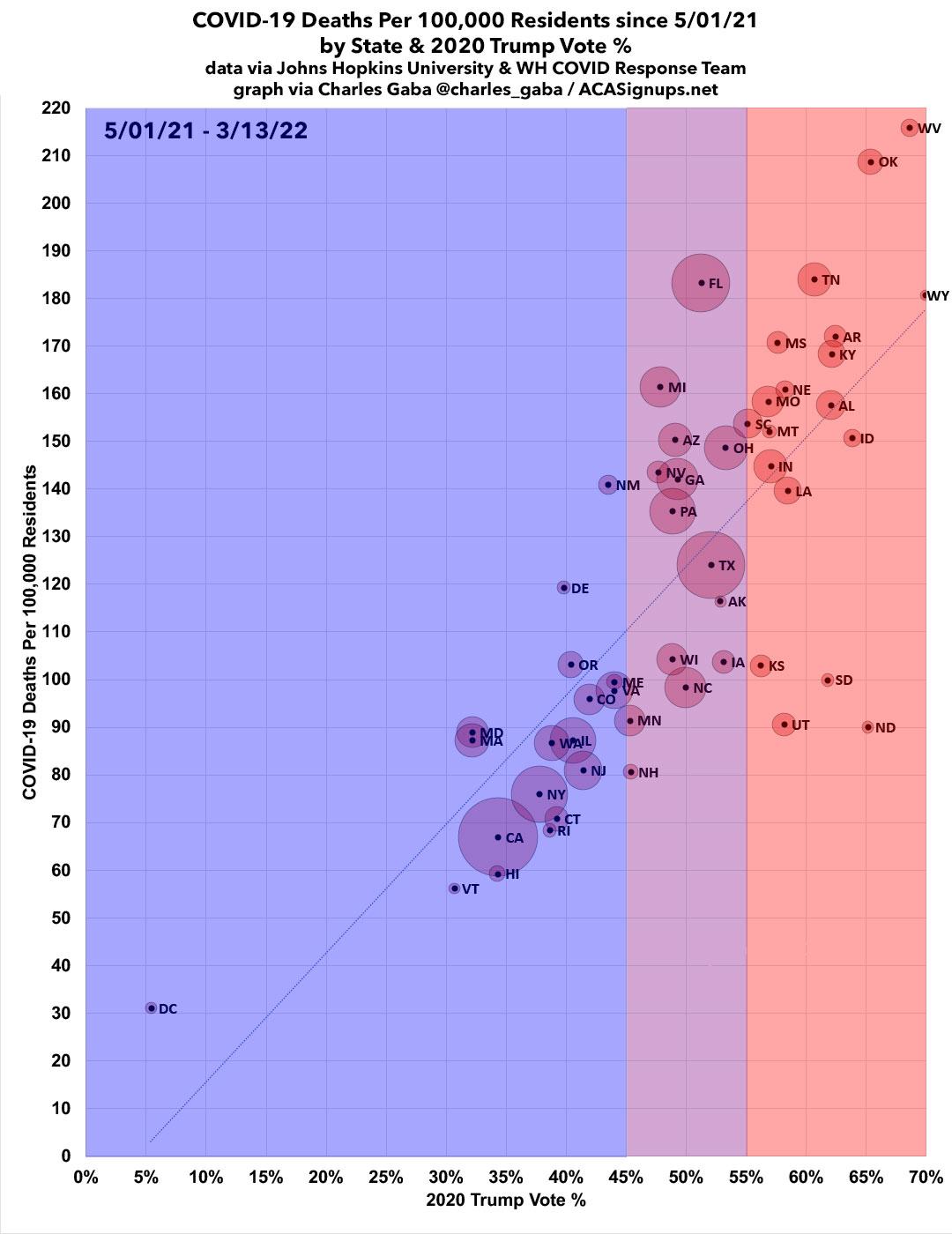 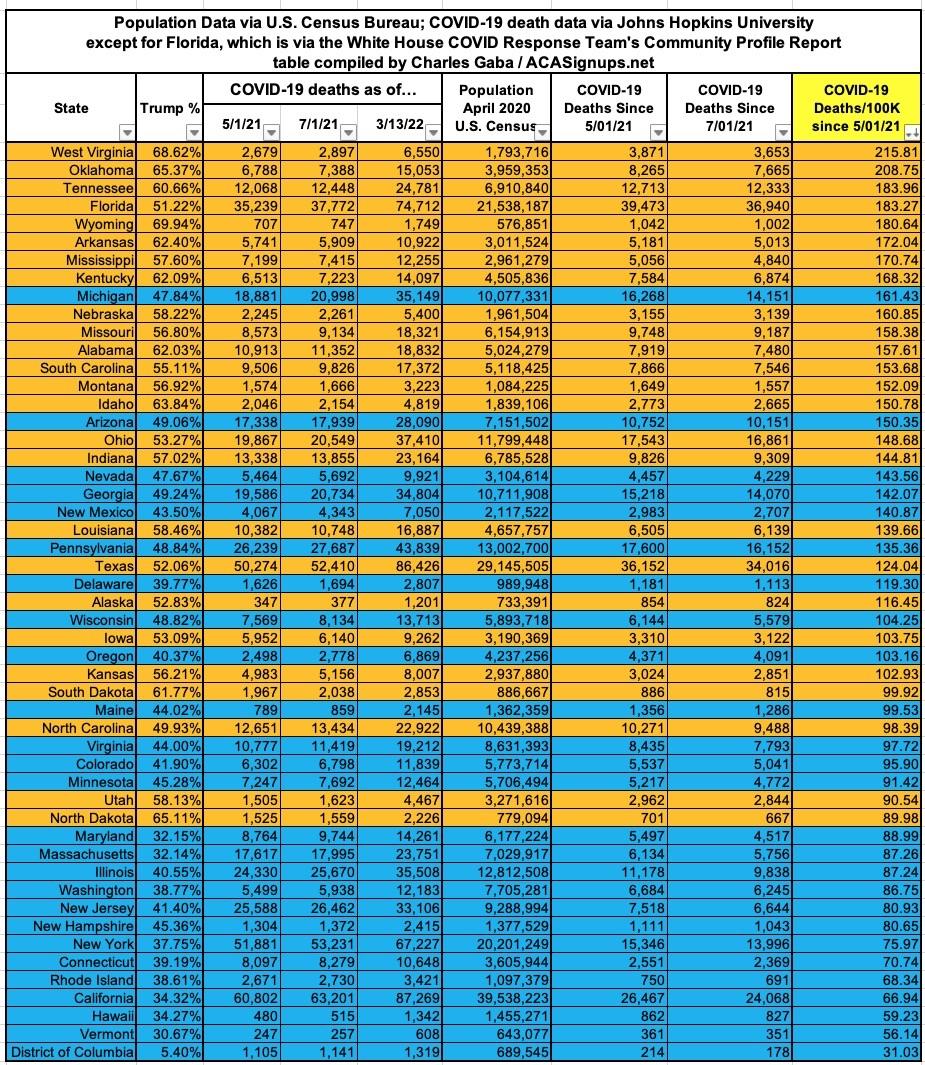 UPDATE: Dana Milbank cites several ACA Signups analyses (including this one) in a new column over at the Washington Post. He focuses heavily on Florida, and while some have speculated that Florida's death toll is higher because they have such a large number of senior citizens, this doesn't hold up when you dig deeper. For one thing, age was certainly a major factor in COVID deaths prior to vaccines becoming available, but since then seniors have been by far the most-vaccinated demographic in the U.S. for that very reason.

More importantly, the state of Maine completely torpedoes this theory: Maine's population has a higher median age than Florida (45 vs. 42.5) as well as having a slightly higher percent of senior citizens...yet their COVID death toll since last May ranks 32nd vs. Florida's 4th place spot. In fact, Florida's death rate is 84% higher than Maine's since vaccines became widely available.