Weekly Update: A month into #Omicron, it's still a whole new ballgame...but there's already hints of a revert to form?

Now that we're a full month into the Omicron Variant wave, I've updated my case/death rate tracking to reflect that as well...because the data so far is showing a completely new chapter as we enter the 3rd year of the Coronavirus Pandemic.

What about Omicron? Remember, this is since December 15th only, so there's only one month of data below.

First, the partisan breakout: The case rate ratio is a very different picture under Omicron. For the first month of Omicron, case rates are 1.9x higher in the bluest decile than the reddest. It's worth noting, however, that this is down from 2.2x higher only a week earlier: 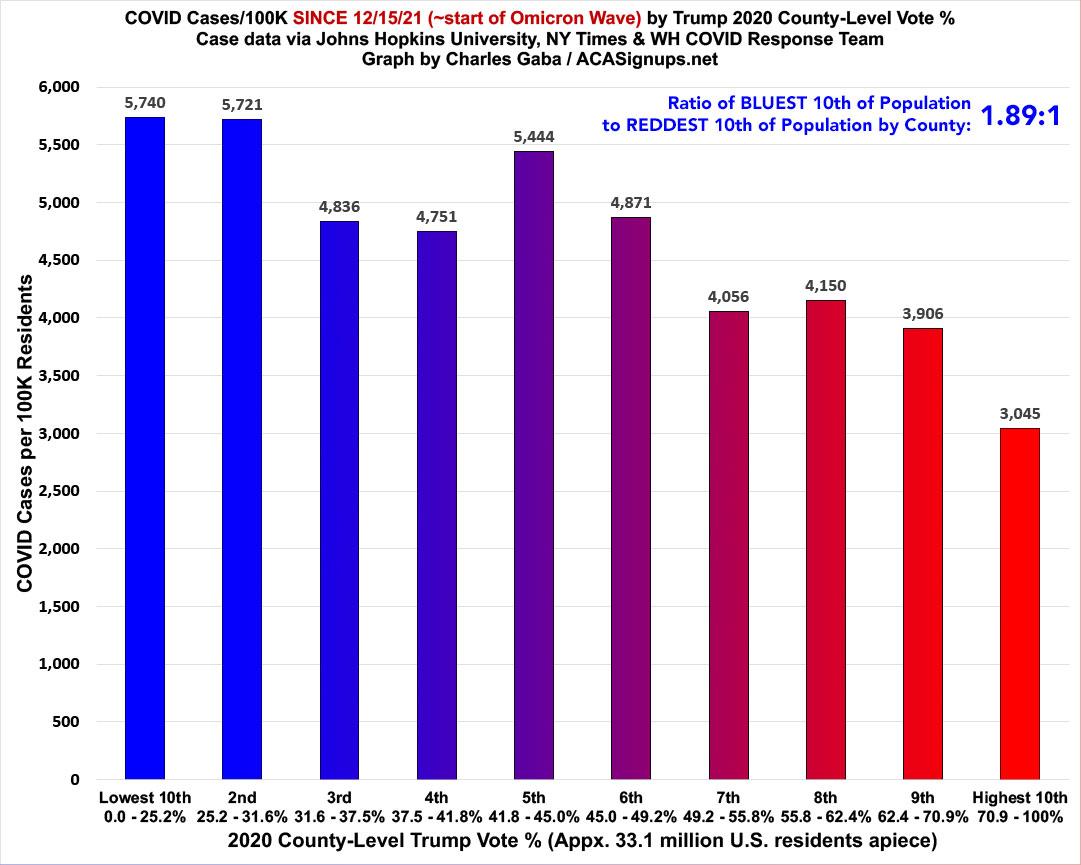 Death rates since Omicron started still swing red, as the death rate in the reddest decile is 2.3x higher than in the bluest. This is down from 2.9x higher a week earlier, however, and down from nearly 5.8x higher during the Delta wave. Remember, deaths tend to lag new cases by about 3 weeks, so it actually makes sense that the two would be shifting in opposite directions at the moment: 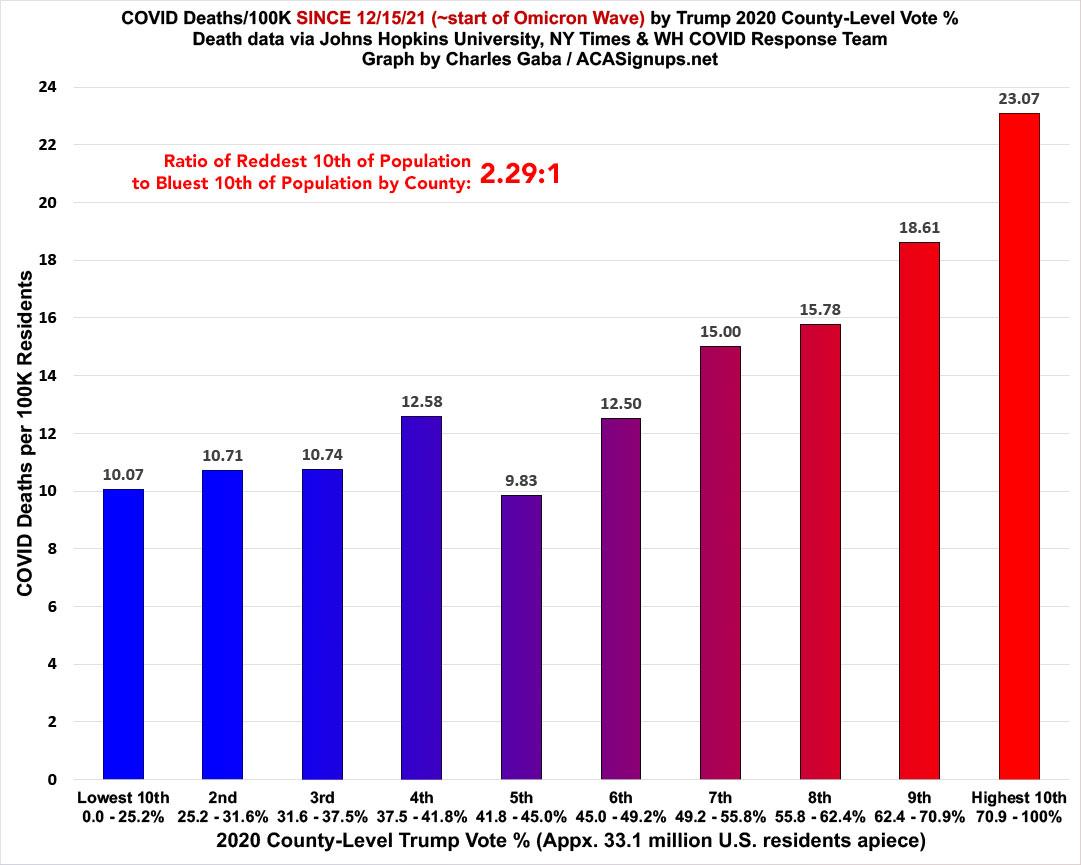 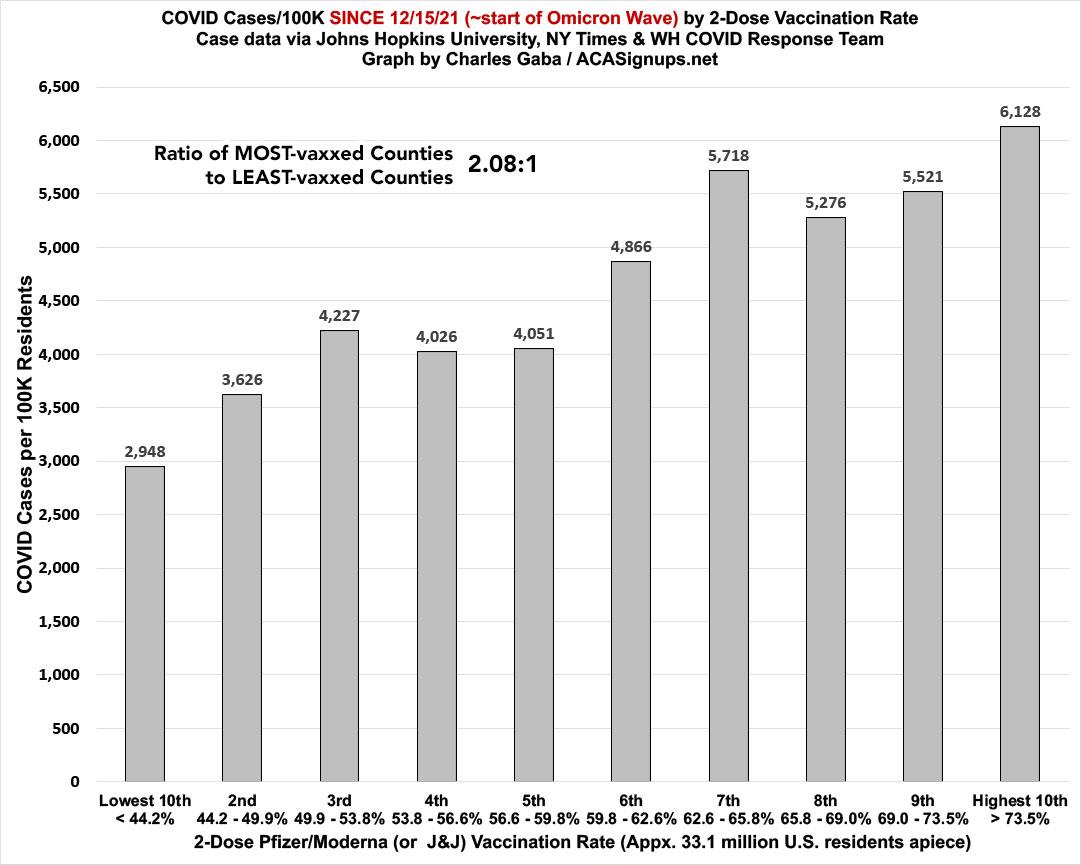 The death rate, however, is still 2.8x higher in the least-vaccinated decile than the most. This is down from 3.3x higher a week ago, and way down from the 4.8x higher ratio during the Delta wave: 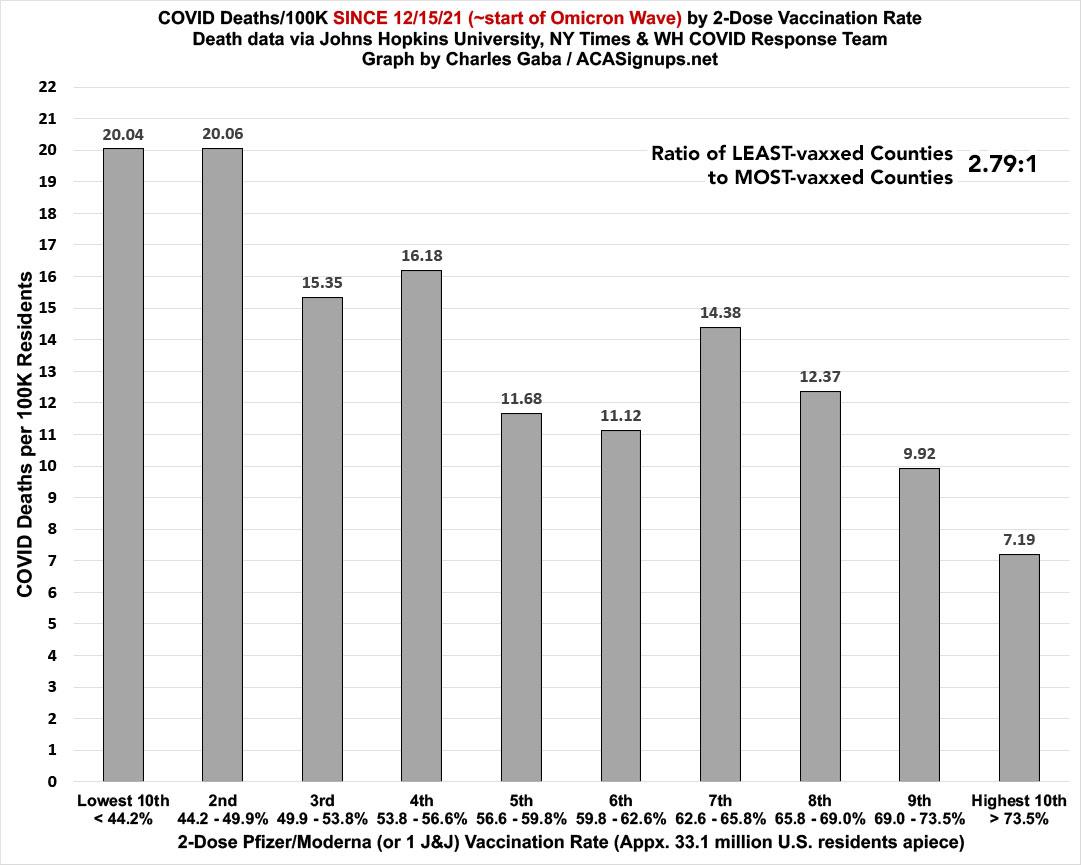