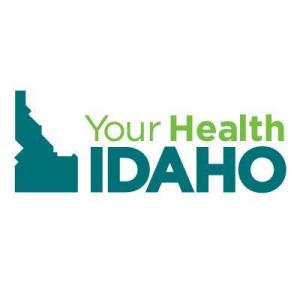 Idaho is unique among the 50 U.S. states + DC this year in that it's the only one whose ACA exchange ended their 2022 Open Enrollment Period (OEP) before the official January 15th final deadline set by the Biden Administration.

Your Health Idaho was originally going to stick with December 15th as their final Open Enrollment deadline (most states made 12/15 the deadline for January coverage, but are giving residents until 1/15 to enroll for coverage starting in February). They ended up extending that deadline out until December 22nd in the end, but that's it--going forward, Idahoans will only be eligible for ACA coverage if they become eligible thanks to a Qualifying Life Event (QLE) such as losing their existing coverage, moving to a different rating area, turning 26 and so on.

In any event, even without the January final deadline, YHI still managed to beat last year's enrollment numbers by 6.6%:

QHP = "Qualified Health Plans"...these are the major medical health insurance policies which are generally counted as "ACA enrollments" (although I've been arguing that the million-plus Basic Health Plan enrollments in Minnesota & New York should be "counted" as well for several years now).

QDP = "Qualified Dental Plans"...these are standalone dental insurance policies sold on the ACA exchanges. Some QHPs also include dental coverage, but most don't; QHPs are separate policies sold through the exchanges. I don't write about these much but I probably should cover them more.

Anyway, last year, Idaho's official OEP QHP total was 68,832 enrollees, so 73,359 is indeed 6.6% higher. This is at the lower end of the year-over-year performance scale compared to most states (Idaho ranks 41st nationally on this scale at the moment), but all 10 of those other states still have at least 3 more weeks of enrollees to tack on (5 weeks in a few cases).