With all this in mind, here's what things looked like as of December 20th, 2021: 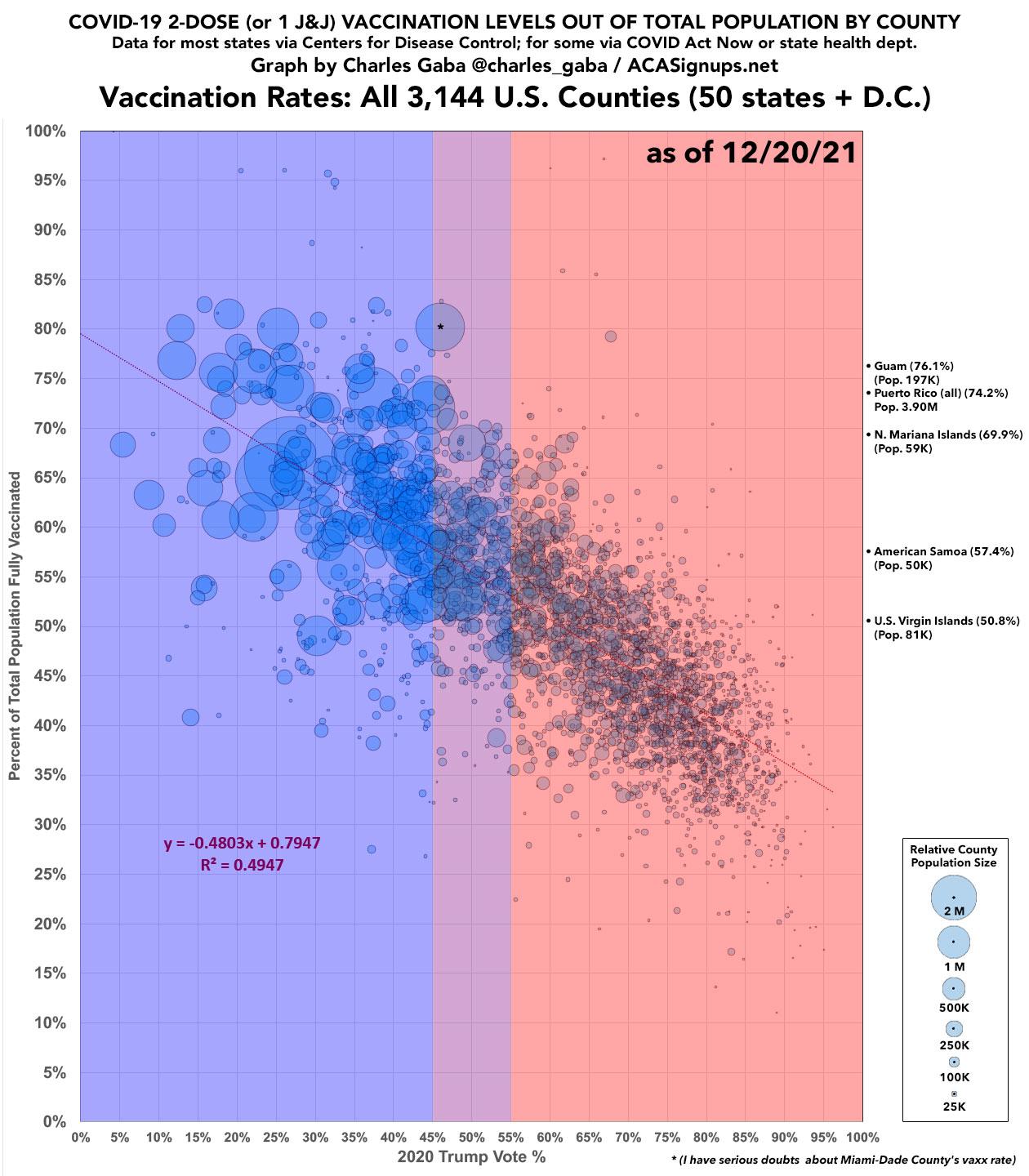 It's also important to note that both the R2 (correlation) and slope formulas, which had plateaued for most of October and November, appear to be increasing again now that 5 - 11 year olds have started receiving their 2nd Pfizer shot: 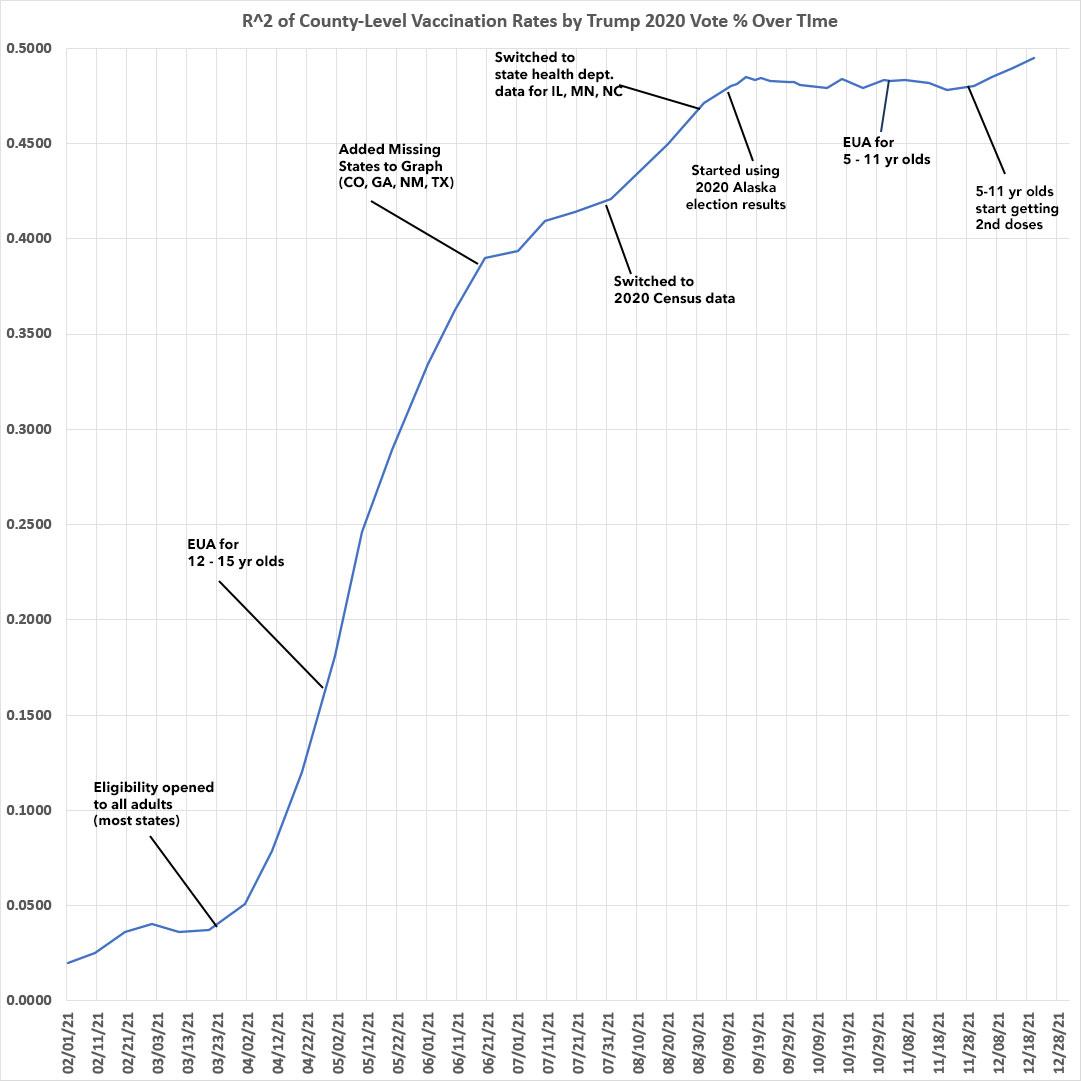 Here's what the data above looks like in bar graph format, broken out in rough deciles (tenths of the total population, or around 33.1 million people apiece). The vaccination rate in the bluest tenth of the nation is running 64% higher than the reddest tenth: 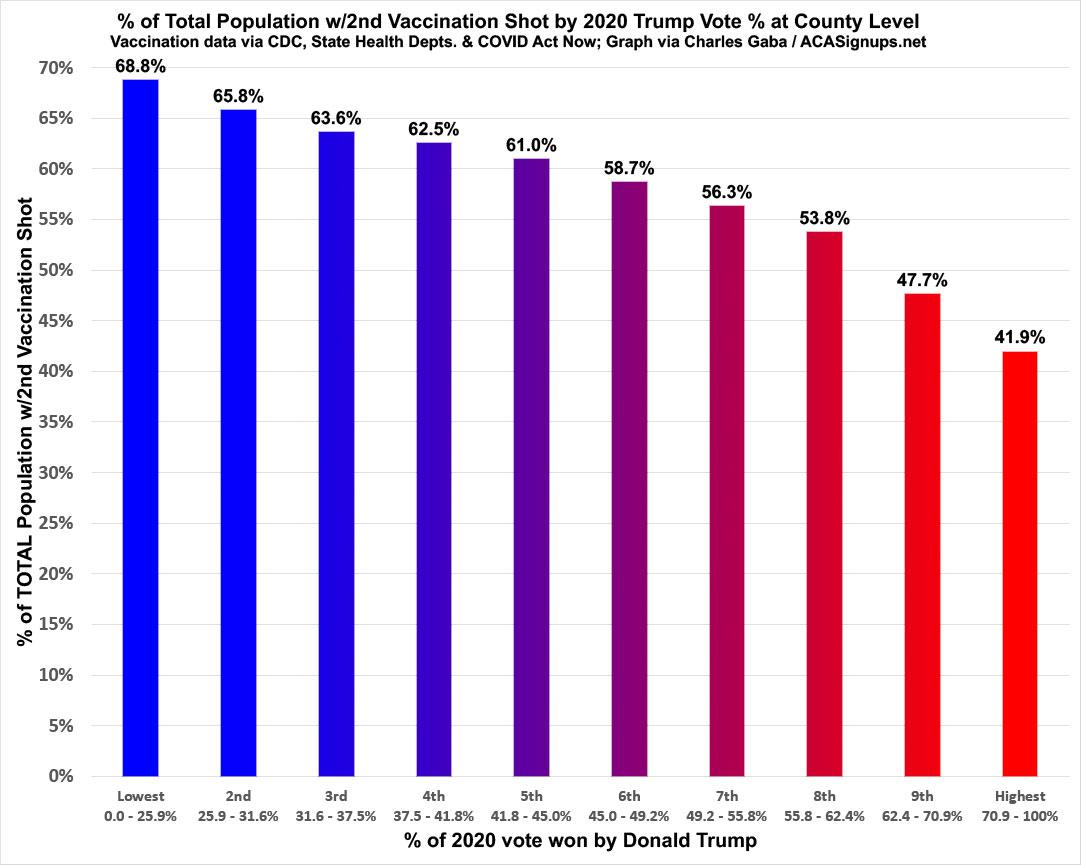 Other things especially worth noting:

**I find Miami-Dade's supposed vaccination rate highly suspicious based on their case rate since June, but whatever.