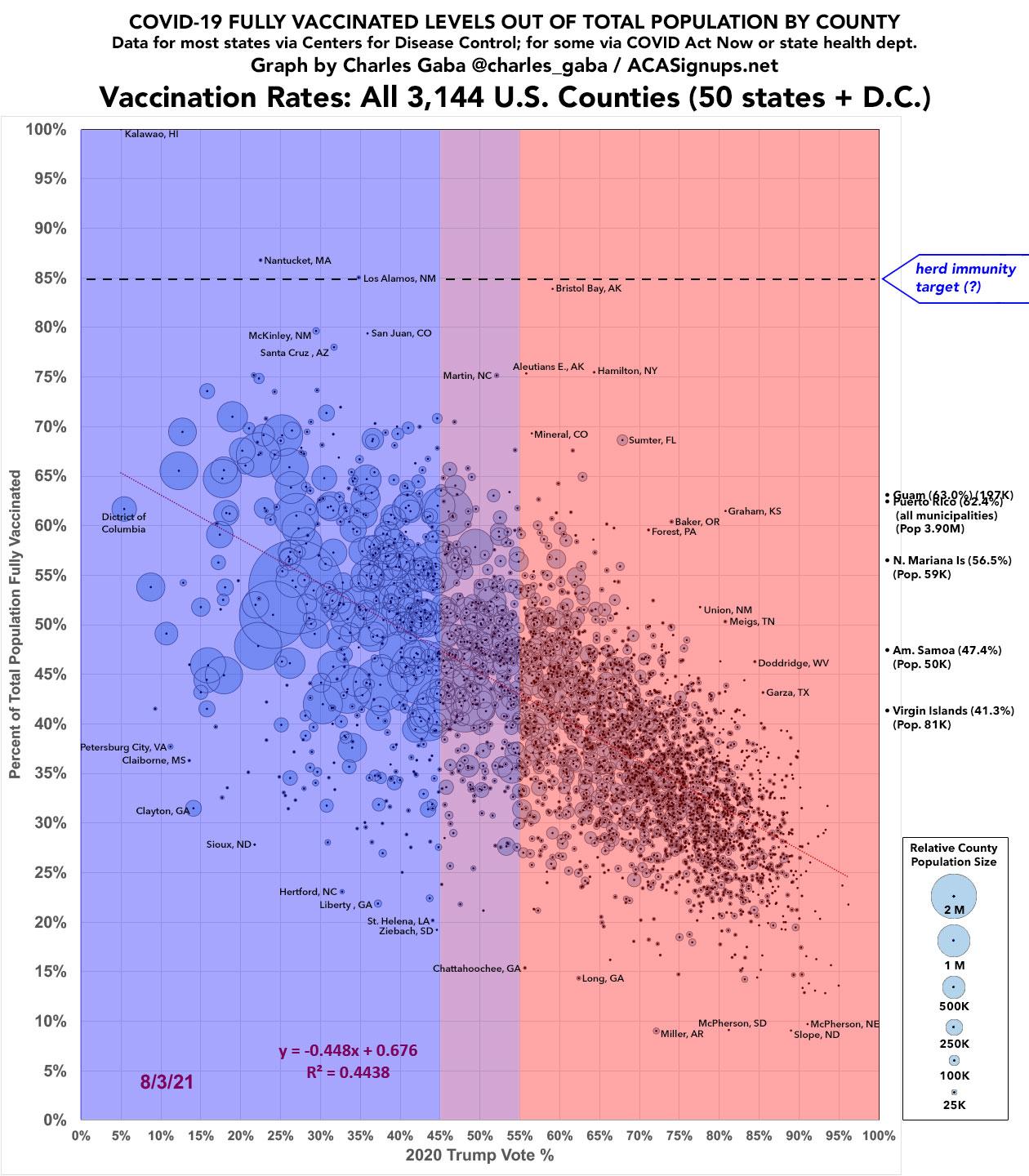 It's also worth noting that the Blue Counties (ones where Donald Trump received less than 45% of the vote last November) have increased their collective vaccination rate by 10% more per capita than the Red Counties (where Trump received more than 55% of the vote) since July 21st. This is the first time that I've compared how the relative rates have changed over time, so I have no idea if this gap represents an increase or decrease from earlier this spring or summer.

It's possible that this trend will reverse itself once the effects of the Republican Party's recent vaccination messaging turnaround starts to kick in. Since I'm only reporting fully-vaccinated data, any such impact won't start showing up on my graph until around August 11th and beyond, since that will be roughly 3 weeks after the GOP did a 180 and started pushing their base to actually get vaccinated after all (i.e., that's when anyone who ran out and got their first Pfizer shot the week of July 21st will be getting their second one; for Moderna it will take another week beyond that).