District of Columbia: Medicaid expansion enrollment up 17% since COVID hit; total Medicaid up 8%

Today I'm presenting the District of Columbia. For enrollment data from January 2021 on, I'm relying on adjusted estimates based on raw data from the DC Dept. of Health Care Finance.

Medicaid enrollment ranged from around 250K - 260K for several years prior to the COVID pandemic hitting. Unlike every other state I've analyzed so far, it's only gone up modestly since last February, however...non-ACA Medicaid enrollment had only gone up by 2% as of a year later (after actually dropping a bit in the 4th quarter of 2020, oddly enough). Medicaid expansion enrollment has gone up by a solid 17% (for an overall DC increase of 8.2% thru February 2021), but that's considerably less dramatic than in most of the states I've looked at to date.

The oddness in DC's Medicaid enrollment trendline (or rather the lack of oddness given the COVID factor) may be because in DC, the threshold for Medicaid eligibility is much higher than the ACA's standard 138% of the Federal Poverty Level--it's 216%. 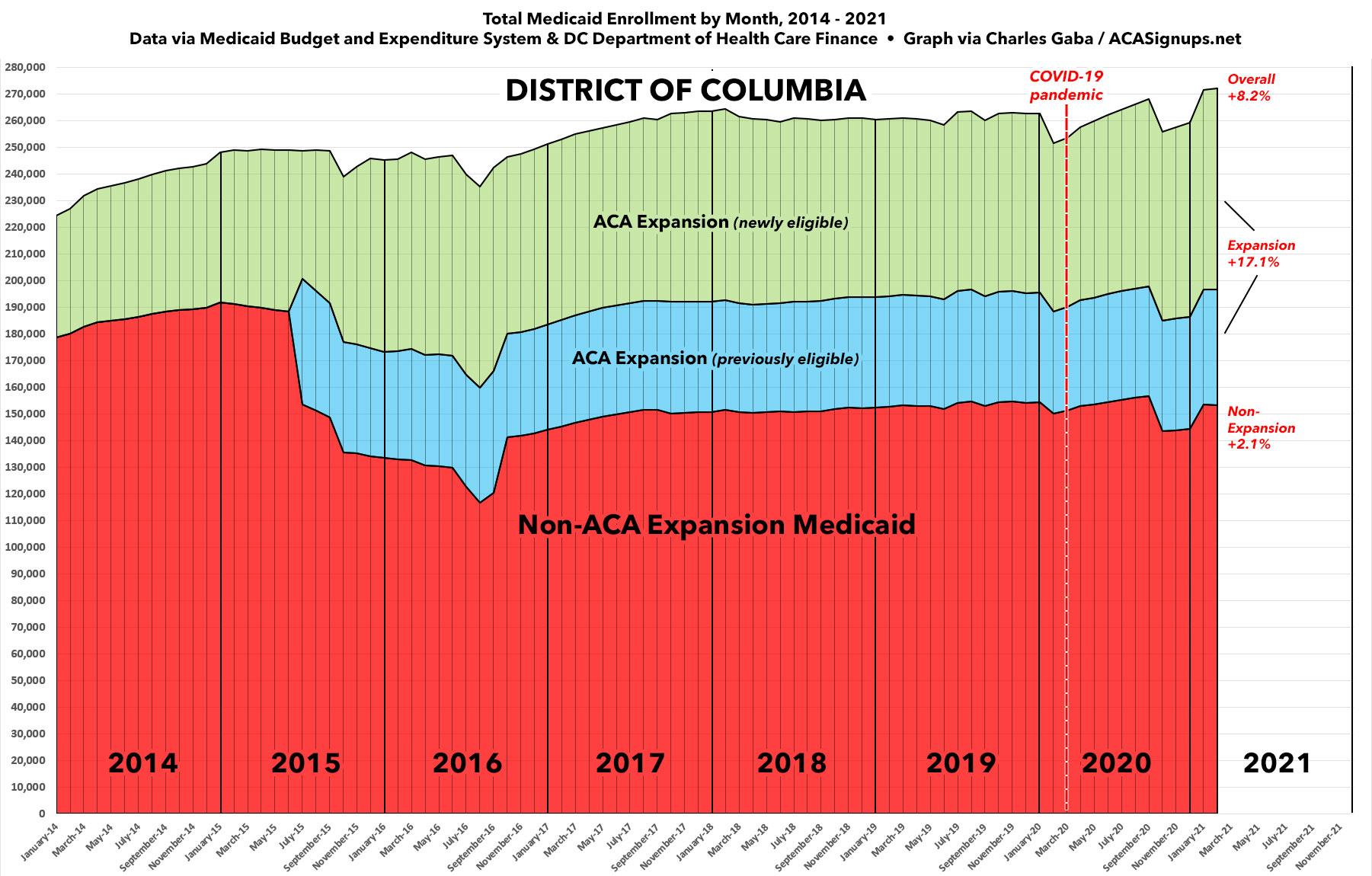