For the various enrollment data, I'm using data from Medicaid.gov's Medicaid Enrollment Data Collected Through MBES reports. Unfortunately, they've only published enrollment data through December 2020. In most states I've been able to get more recent enrollment data from state websites and other sources, but Vermont isn't among them.

Vermont is one of only two states (the other is Massachusetts) where everyone enrolled in Medicaid via ACA expansion was already previously eligible before the law passed via state programs or federal waivers. However, those programs (and funding) have presumably long since been discontinued, so if the ACA is struck down, those enrollees would be in the same boat as those enabled specifically due to the ACA unless funding was immediately restored.

Total Medicaid enrollment has increased by 12.4% since the COVID pandemic hit last year, with non-ACA enrollment going up just 6.6% but expansion enrollment increasing by 24.2%.

Add in the ~20,000 subsidized ACA exchange enrollees and that's around 87,000 Vermont residents who would lose healthcare coverage if the Supreme Court strikes down the Affordable Care Act, or 13.5% of the state population. 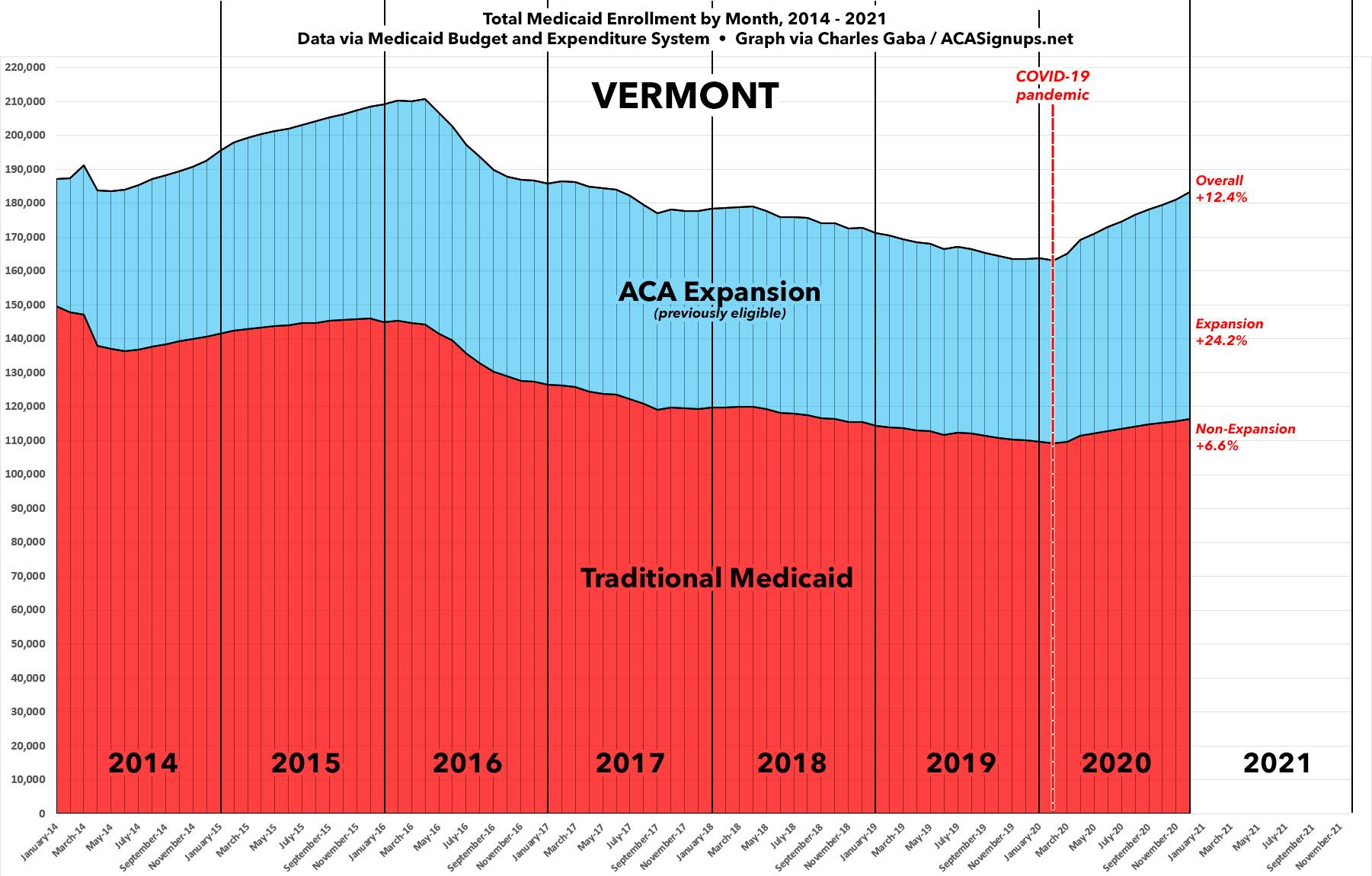