There's not a lot of data available for 2021 in Utah yet, but I was able to get rough enrollment numbers for January & February from the Utah Dept. of Health. Utah only expanded Medcaid under the ACA starting in January of last year...just before the COVID pandemic hit, so the enrollment increase from the pre-COVID era is a bit misleading there. Having said that, even NON-expansion enrollment is up a stunning 35%, while ACA expansion enrollment has increased over 76% since last February, for an overall Medicaid surge of 41.4% so far.

Add in the ~206,000 subsidized ACA exchange enrollees and that's around 290,000 Utahans who would lose healthcare coverage if the Supreme Court strikes down the Affordable Care Act, or 8.9% of the state population. 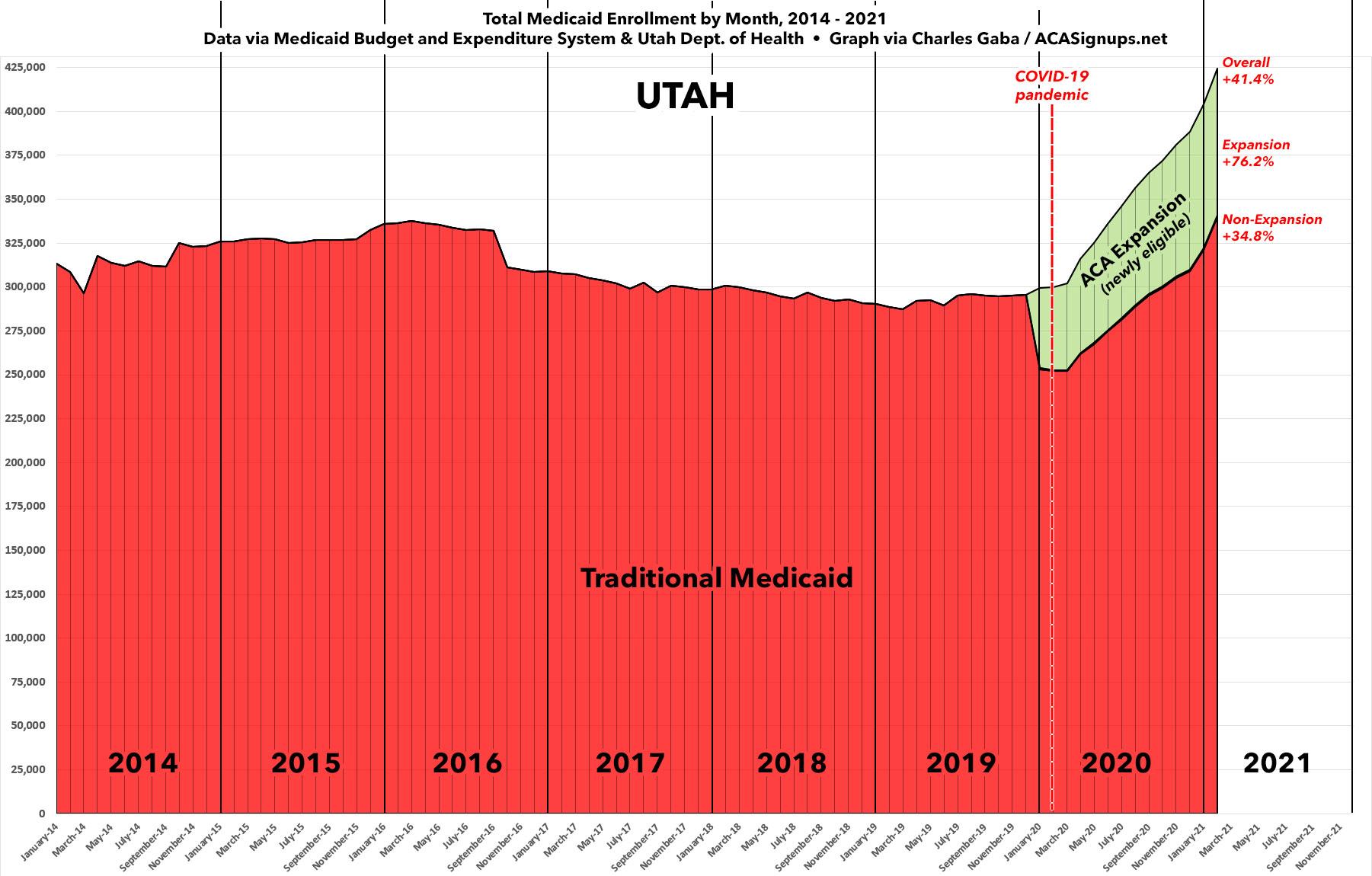