For Oregon, I'm relying on raw data from the Oregon Health Authority for January 2021 and later.

Total Medicaid enrollment in Oregon (including ACA expansion peaked at a little over 1.1 million back in 2015, but dropped off to around 950,000 for a couple of years before COVID hit the country. Since then, non-ACA enrollment has gone up about 14%, ACA expansion has increased by over 30% and overall enrollment is 22% higher than it was in February 2020.

Add in the ~103,000 subsidized ACA exchange enrollees and that's around 726,000 Oregon residents who would lose healthcare coverage if the Supreme Court strikes down the Affordable Care Act, or 16.7% of the state population. 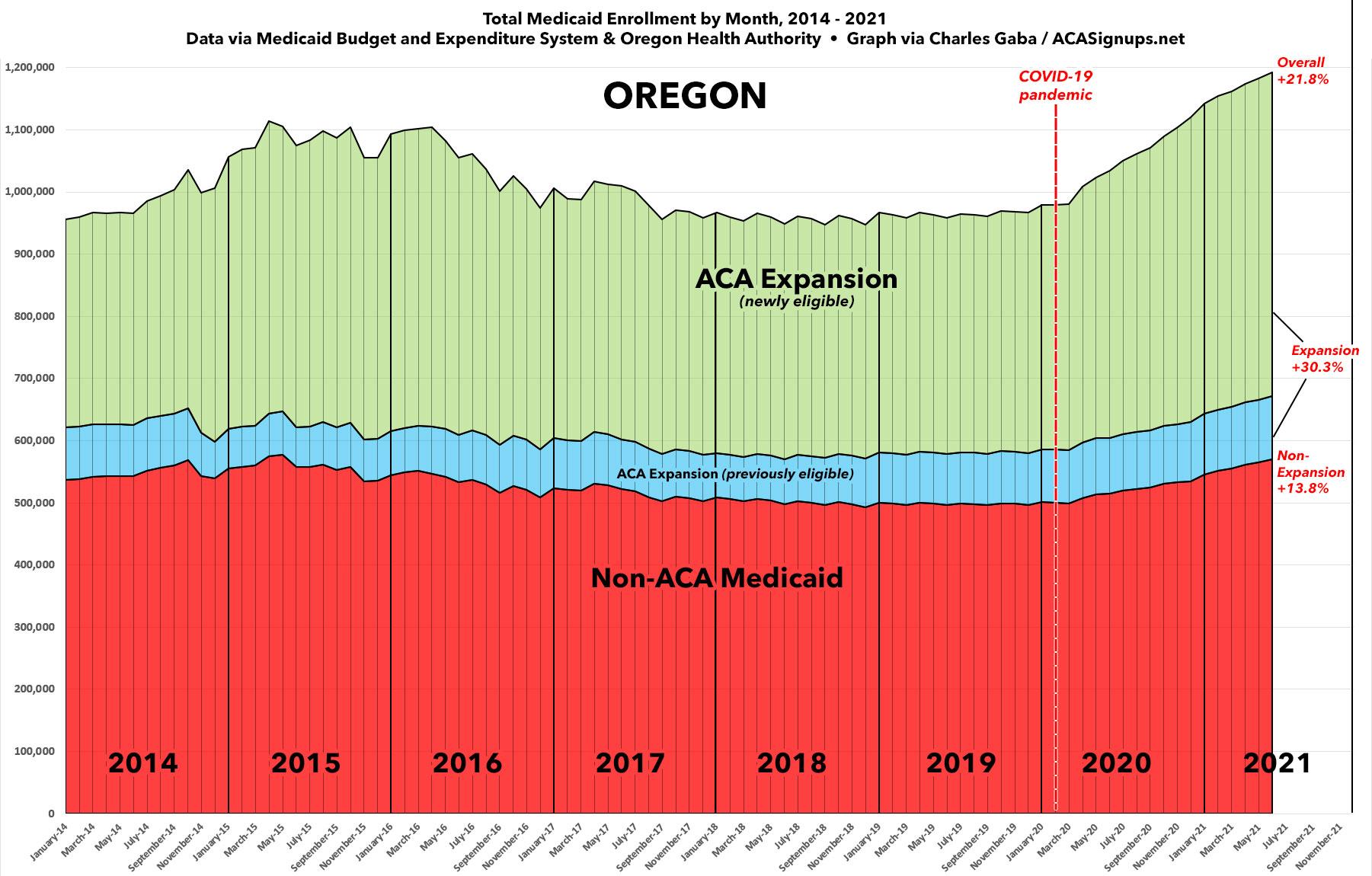