Add in the ~21,000 subsidized ACA exchange enrollees and that's around 45,000 North Dakotans who would lose healthcare coverage if the Supreme Court strikes down the Affordable Care Act, or 5.8% of the state population. 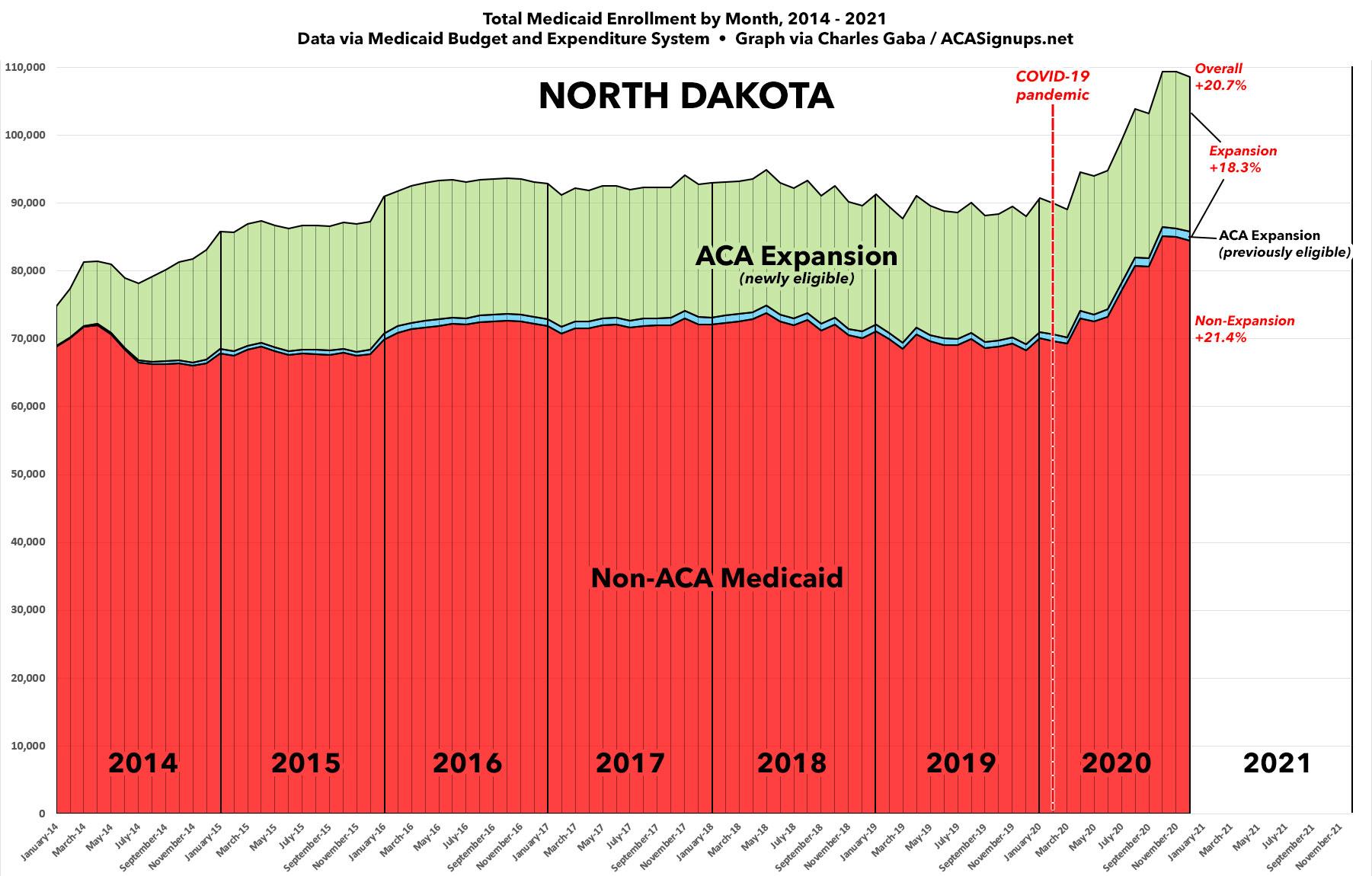