For enrollment data from January 2021 on, I'm relying on adjusted estimates based on raw data from the New York Health Dept.

Most New Yorkers enrolled in Medicaid via ACA expansion were actually eligible prior to the law being passed under pre-ACA funding & waiver arrangements. However, those programs & funding sources have long since been discontinued, so this distinction doesn't mean much if the ACA were to be struck down; all Medicaid enrollees funded under the ACA terms (90% federal) would likely be out of luck.

Overall Medicaid enrollment in NY (including ACA expansion) remained remarkably consistent from 2014 - early 2020, except for two extremely odd periods in early 2015, when expansion enrollment supposedly jumped by half a million people out of the blue in March before dropping back down by a similar amount in June...and especially in April 2017, when non-ACA enrollment supposedly plummeted by a whopping 1.5 million people in April, only to jump back up again by around the same amount in October, just six months later. I'm also not sure what was going on in the first few months of 2014, when CMS data claims that only 1.25 million NY residents were enrolled in non-ACA Medicaid when it was clearly upwards of 4.7 million or so.

Clearly all three of these involved either a data-entry error, some sort of internal recategorization (note how overall Medicaid enrollment stayed consistent through the second incident) or both. I'll post a follow-up if I find out what the heck happened in either instance.

Since COVID hit New York hard in early 2020, however, non-ACA Medicaid enrollment has increased by 16.4% and the expansion population has grown by 24.8%, for an overall increase of 19% in the COVID era. 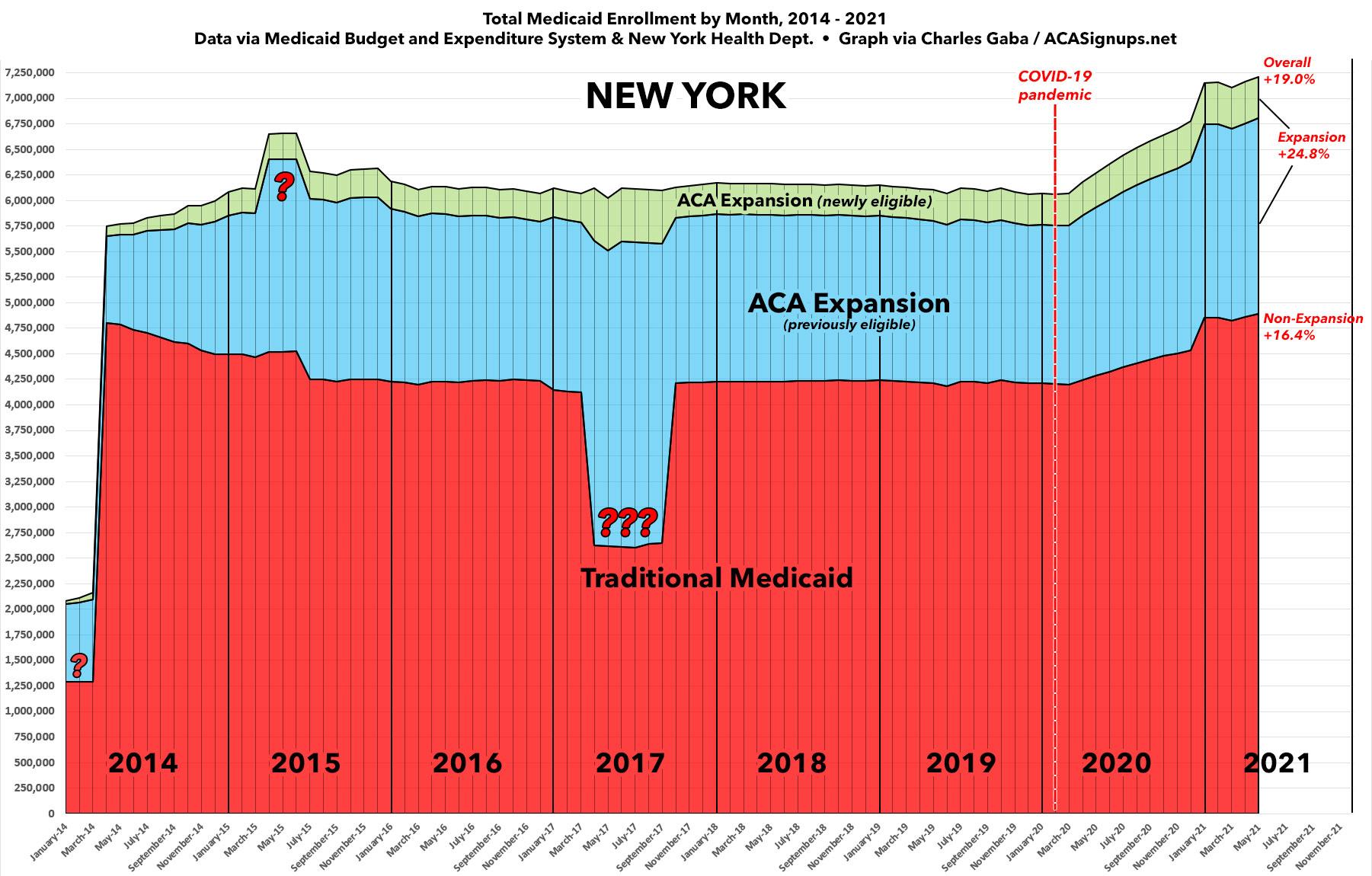